These are boom days for writers and readers looking for thoughtful, hard-hitting stories about real-life crime. Whether you’re in the mood for historical studies, a high-octane page-turner, a brooding investigation, or a penetrating memoir, chances are there’s a book (and many a podcast or docu-series) out there for you. Every month, we round up the best new crime non-fiction with recommendations from CrimeReads staff. Here are the selections for June: 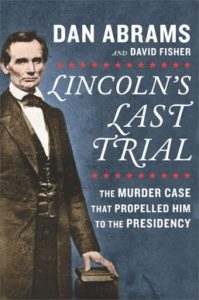 The elementary school version of Abraham Lincoln emphasizes that the president failed at numerous occupations before becoming president as a way of teaching children that it’s okay to fail. What can get lost in that narrative is that Lincoln was actually a pretty good trial lawyer before he quit to get all presidential (which makes sense, given that his debating skills were key to both lawyering and governing). Dan Abrams tells the story of Lincoln’s last trial as an immersive true crime and courtroom drama experience, with impeccable research and highly entertaining digressions on such topics as 19th century jury selection. 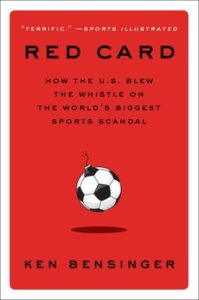 Just in time for the start of the 2018 World Cup in Russia (which will be followed up, naturally, in Qatar 2022—nothing unusual going on…), Ken Bensinger arrives with a definitive account of the FIFA corruption scandal. Bensinger, part of the Buzzfeed News investigative team, has been writing about sports, labor, and corporate abuse for years, and with Red Card, he has the opportunity to bring it all together. FIFA, the governing body for world soccer, has been revealed in recent years to be one of the most deeply corrupt institutions around, with bribery an everyday occurrence and fraud a modus operandi. Bensinger takes on the scandal layer-by-layer, showing how a small IRS inquiry in the US led to a massive worldwide sting and reform effort. The story has been playing out in headlines for the last few years, but Bensinger unfurls it with a real feel for suspense and a keen eye for the strange characters that make up this strangest of sports and crime stories. 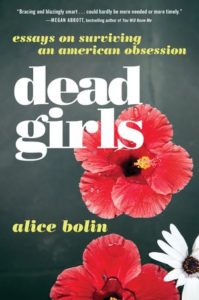 Bolin’s essays have been lighting up journals and websites for some time, and now she’s turned her incisive intellect on a very specific and culturally resonant issue: the “dead girl.” Ranging from the classics of American literature to LA Noir to current-day TV and podcasts, Bolin takes on portrayals of dead and endangered women across the cultural spectrum and questions the power structure they’ve helped prop up and the twisted ideas they’ve helped perpetuate. This is likely to be one of the year’s most intensely read and discussed essay collections, and one that’s likely to make those of us in the crime world rethink some of the literature’s classic tropes. 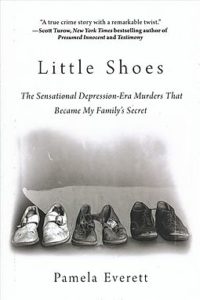 A lawyer and journalist, Everett was piqued by an offhand comment her father once made about a dark family secret. Digging into that secret revealed a connection to a notorious Depression Era triple homicide that horrified the nation and led to a revolution in sex offender laws and the state’s last execution by hanging. Everett’s investigation turns up not only the family connection, but serious doubts about the man hung for the crime. Little Shoes is a deeply felt, deeply investigated page turner that spans decades and hashes out a still important moral debate. 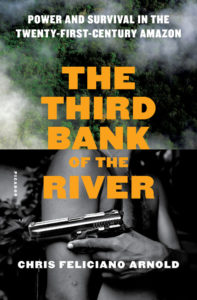 Chris Feliciano Arnold, The Third Bank of the River

When Chris Feliciano Arnold traveled to Brazil for the World Cup, he refused to end his travels in the air conditioned tourist bubble of the festivities, and embarked instead on in-depth research of the legal and illicit economics of the Amazon River Basin, looking at smugglers, developers, prisoners, and other denizens of the rainforest. Not strictly a true crime book, the villains of The Third Bank of the River are as likely to be legally sanctioned in their destruction of environment and community as they are to be working towards profitable ends on the down-low. 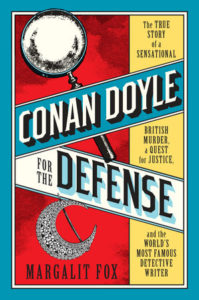 Arthur Conan Doyle has long be renowned for his creation of the iconic Sherlock Holmes, and Conan Doyle’s own life is well-trodden territory in the land of biographies – there’s even microbiographies such as Through a Glass Darkly, a heartbreaking history of Conan Doyle’s obsession with seances after his son’s death in WWI (and not the only work to explore Conan Doyle’s connection with Houdini and seance culture). Yet until now, Conan Doyle’s part in defending a Jewish immigrant wrongfully accused of murder in 1908 Glasgow had yet to be told. Margalit Fox’s Conan Doyle for the Defense is both a rare tale of logic in the face of prejudice and indifference, and the perfect narrative for our time. 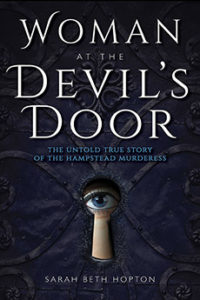 Theories of Jack the Ripper’s identity abound, from 19th century medical doctor, to debauched aristocrat, to a killer hired by Queen Victoria herself (thanks for that one, Alan Moore!). Not till Sarah Beth Hopton’s Woman at the Devil’s Door came across the CrimeReads desk, however, did we learn of Mary Eleanor Pearcy, the young murderess of Victorian England who inspired rumors that Jack the Ripper might well be a woman. Woman at the Devil’s Door takes us through Pearcy’s early life, suspicion of murder, and bizarre last words, for fascinating portrait of madness and misogyny in the Victorian Era. 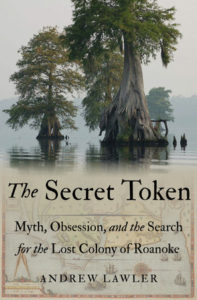 A favorite childhood mystery, the disappearance of the Lost Colonists of Roanoke has long assumed mythological proportions to American audiences, as much a part of our national litany of unsolved mysteries as Jimmy Hoffa’s body, or who really shot JFK. Andrew Lawler, in The Secret Token, takes the smart approach of avoiding searching for a definitive solution to a mystery that’s confounded generations of archaeologists, historians, and employees of the South Carolina tourism bureau; instead, Lawler takes us through the many possible answers to what happened to the colonists. He also grounds his story both in the creation of an American founding myth and in the tense international context of the Roanoke colonists, given the looming confrontation between Elizabethan England and the Spanish Armada at the time of the colonists disappearance. 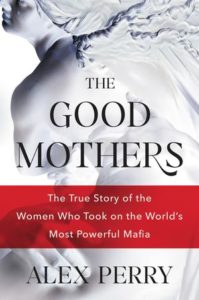 Alex Perry takes us in to the patriarchal, ultra-violent world of the ‘Ndràngheta, Calabria’s powerful, drug-dealing mafia, and the stories of the women who have defied its iron grip on the region, risking (and often losing) their own lives after turning state’s witness, despite being placed in witness protection programs. Perry also profiles the tough-as-nails prosecutor who’s worked to bring the Calabrian Mafia to heel ever since the assassination of her predecessors. With elegant forays into the harsh landscape of Calabria, and digressions on Godfather-inspired tourism, The Good Mothers is more than mafia story, critiquing the allure of exploitative tales of power and destruction, and using empathy as a defense against any temptation towards the lurid. 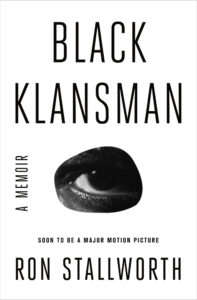 Ron Stallworth had recently joined the Colorado Police Department as the department’s first African-American policeman when he embarked on a daring mission: infiltrate the KKK. His new memoir, The Black Klansman, details how Stallworth spent years running circles around the Klan and getting away with increasingly risky undercover moves, escalating from phone calls with the Klan, to a series of meetings organized between the Klan and Stallworth’s white undercover body double. Spike Lee’s film adaptation of this darkly comedic narrative took Cannes by storm, and comes out in the states this August.

Prisons of the Amazon 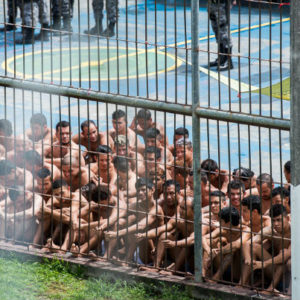 Prisons of the Amazon

Every Saturday and Sunday, hundreds of women and children in the capital crowd into northbound buses, lumbering along BR-174,...
© LitHub
Back to top