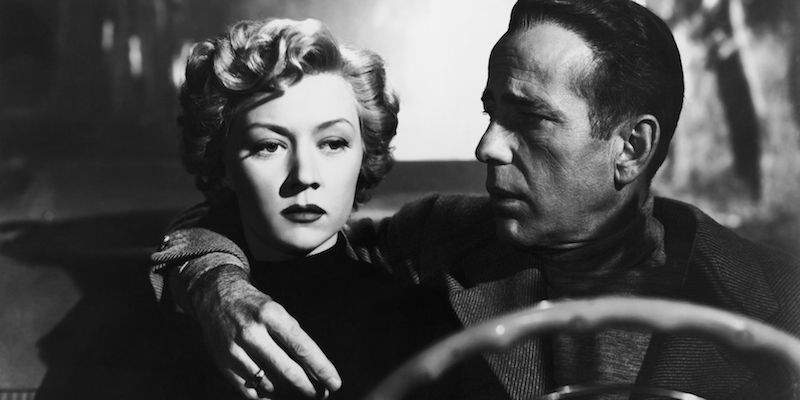 Insomnia, Instability, & Injury, from Dorothy B. Hughes to Dennis Lehane

You cannot separate the mystery genre from representations of mental health. The homicidal madman, the split personality killer, and the unstable femme fatale have all been part and parcel of detective fiction since the very beginning. Of late, the depressed detective has dominated the genre. Not that this is particularly new. Sherlock Holmes had his cocaine addiction. Mickey Spillane’s Mike Hammer was arguably sociopathic. But Thomas Harris changed the game in Red Dragon by having FBI agent Will Graham’s personal demons assist him in his search for serial killers. It was the birth of the protagonist whose mental health issues operate as a kind of super power.

In my latest book, Before She Knew Him, my protagonist, Henrietta Mazur, suffers from Bipolar Disorder. It was important for me to present her diagnosis as just one facet of her personality. I didn’t want her to be defined by mental instability, nor did I want it to be an advantage to her. I also thought it was important that she be presented as someone who is currently in remission; taking her meds, doing fine.

That doesn’t mean that I haven’t enjoyed thrillers that have used the ravages of mental illness in a variety of ways. Here are ten of my favorites. In some, the villains are unstable, and in others, the heroes are. But all of them are worth your time. 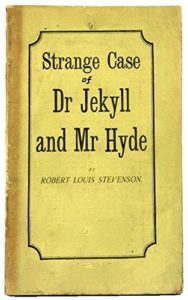 Yes, there is a serum that Jekyll drinks to transform himself into his evil alter ego, Hyde, but this book is ultimately an allegory of a man with dissociative personality disorder. But even more than that, it’s an allegory of human experience, of the good and evil in everyone, of conflicting desires and violent impulses. An iconic book. 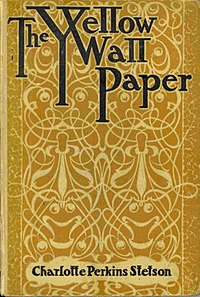 In this chilling story, a “hysterical” wife is brought to a country house for a rest, but is slowly driven mad by, among other things, the crushing oppression of the wallpaper in her room. There are allegorical implications in this story as well, but ultimately it is about a woman succumbing to a nervous breakdown. And even though it can be enjoyed as a terrifying thriller, it is also an indictment of the treatment of women’s mental health in the 1900s. 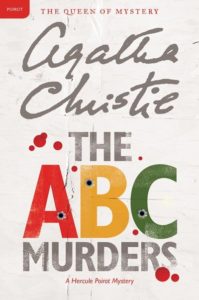 Hercule Poirot is tasked with solving a devious series of crimes in which a “madman” seems to be engaged in a killing spree, knocking off victims according to the initials of both their names and where they live. The most obvious suspect is a character named Alexander Bonaparte Cust, an injured veteran of World War I with memory loss issues. The damaged, vulnerable Cust is one of Christie’s darker, more psychologically complex characters. 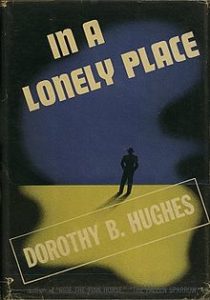 An amazing internal portrait of a psychopath stalking post-war Los Angeles. The book is shaped by what it doesn’t reveal as much as what it does reveal. In that way, it mimics the selective memory and repressed urges of Dix Steele, the ex-service man and serial killer. If you’ve only seen the Humphrey Bogart film version with the same name, you truly don’t know this story. 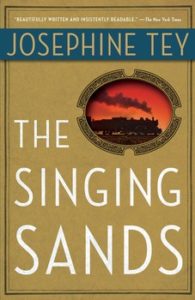 The Singing Sands by Josephine Tey (1952)

Posthumously published, this final book by the reclusive, mysterious Josephine Tey, begins with a Scotland Yard detective traveling to visit old friends in Scotland in order to take a much-needed break from a mental breakdown. Naturally, there is a corpse. It arrives early, on the train to Scotland, but what I love about this book is how the struggle with depression and anxiety takes center stage in the early pages. Tey’s descriptions are profound and compassionate. 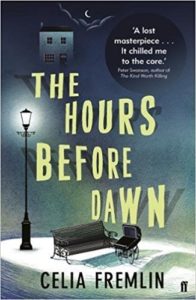 The Hours Before Dawn by Celia Fremlin (1958)

Arguably, the main protagonist of Fremlin’s tense, fascinating thriller, is suffering from sleeplessness after having a child. It could also be a form of postpartum psychosis, however, as Louise Henderson confronts the frightening possibility that her new tenant is out to get her and her baby. Winner of the Edgar Award, Fremlin’s book is finding new readers of late, mainly because of the cagey way she imbues Henderson’s familiar domestic life with dread and menace. 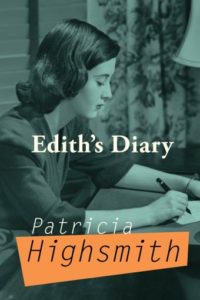 One of Highsmith’s many skills was the ability to create palpable tension without resorting to cheap thrills, or even to the traditional tropes of crime literature. This late masterpiece chronicles the breakdown of an ordinary woman living in suburban Pennsylvania. As her life falls apart, she maintains a diary in which she lies to herself about the life she is living. Unsettling and beautifully written. And, yes, it is a thriller. 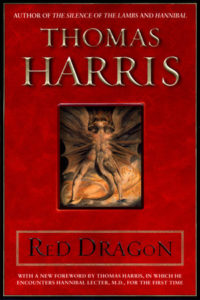 A smorgasbord of disorder. You’ve got sociopathic psychiatrist Hannibal Lecter, the psychotically delusional Francis Dolarhyde (also known as the tooth fairy), plus the man who brings them both down, Will Graham, suffering from his own ability to imagine the interior lives of psychopaths. One of the great thrillers of all time.

Delusion and paranoia take center stage in Lehane’s gothic potboiler about an investigation taking place at a psychiatric hospital on an island off the coast of Massachusetts. It’s one of those fractured narratives, the reader left to figure out what is real and what isn’t. But it also presents a protagonist in Teddy Daniels who is dealing with an unstable mind, and a terrible trauma.

Camille Preaker has to be one of the most mesmerizing protagonists to emerge out of the thriller genre in this new century. A journalist who struggles with self-harm goes back to her hometown to investigate a series of murders. Preaker goes down a dark rabbit hole to expose her own family’s twisted history.

Unto Us a Son Is Given 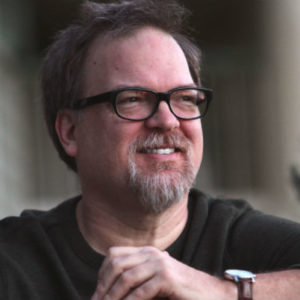 Sometimes a fictional place can come to feel more real than our own hometowns: history runs a little thicker there, relations...
© LitHub
Back to top