The forgotten history of "Fearless Peerless Pearl" and the brief heyday of silent movie action heroines.

“Poor Pauline, I pity poor Pauline,” go the lyrics of the song used to promote Pearl White’s 1914 breakout serial hit The Perils of Pauline. “One night she’s drifting out to sea, Then they tie her to a tree, Wonder what the end will be? Bing! Bang! Biff! They throw her off a cliff, They dynamite her in a submarine. In the lion’s den she stands with fright, Lion goes to take a bite, Zip goes the film––Goodnight! Poor Pauline.”

“Fearless Peerless Pearl,” as White was known by her legion of fans, ushered in a craze for thrilling action-oriented serial films, and stood at the head of a wave of action-film heroines, and a separate but related surge of women directing and producing films during the early years of cinema. Pearl, and fellow action-film stars Helen Holmes, Ruth Roland, Grace Cunard, and Kathlyn Williams to name just a few, delighted audiences with their serials, playing women who courted adventure or faced it in their jobs. They embarked on adventures in planes, submarines, and cars, on ships and on horseback, and while White sometimes needed help extricating herself from dicey situations, just as often as not, she did the rescuing. Perils of Pauline was a huge hit both in the U.S. and abroad, and it brought White an international following. She was voted the most popular movie star in Motion Picture Magazine’s 1916 popularity contest. Two years later she was still third on the list. White performed her own stunts and was sometimes injured as a result, but both she and the characters she played always came back for more, undaunted.

White had a sense of humor, and didn’t take her acting or fame too seriously. In 1919, she told the Motion Picture Classic, “I’ve always done serials––and there is no acting in a serial. You simply race thru the reels. Your dear old mother dies in a photoplay, and she takes 120 feet to do it. In serials she gets 20 feet and has to step lively at that.” When asked whether she would consider marriage she replied: “You can’t do it in the movies. You know how tired I am after periling all day. I’d pick a fight with St. Peter. It can’t be did.”

During the 1910s, White starred in nearly a dozen multi-episode action serials. These would have been released weekly or bi-weekly in theaters, as part of a variety program, along with shorts in different genres like comedies, newsreels and dramas. This was typical of the way films were consumed during the era, especially during the early 1910s, when feature films were still a relatively new phenomenon, and definitely not the norm. (Even when feature films became a standard part of the film program, they would be accompanied by newsreels and shorts.) White later tried her hand at features but they weren’t as popular her serials, which would always be her métier and what she was loved and remembered for. She could be said to be the first truly international American film star, and was particularly beloved in France, (where she would later retire), as an active and athletic All-American heroine; in India, the action heroine Fearless Nadia was billed as “India’s Pearl White.”

White shot all her serials for the Pathé Frérès Company at its studio in Jersey City, New Jersey and at nearby east coast locations. She never filmed in Hollywood. It’s ironic that a French film company created the model of the iconic All-American heroine who would be instrumental in popularizing American films abroad.

Most of Pearl’s serials can no longer be watched in their entirety, only fragments and assorted episodes remain as is typical for serials from that era. Several are available to watch online (google the titles) and at archives like the Library of Congress. Many if not all of her serials had newspaper/magazine/book tie-ins, which give a sense of the overall story although the serial may not exactly have followed the printed version and vice-versa.

The title cards for the trailer of Plunder (1923) give a sense of the spirit of the serials and White’s appeal:

THE GIRL—A combination of Cleopatra and Joan of Arc with a generous admixture of daring. (Pearl drives into the frame).

THE BACKGROUND—New York—City of Mystery, Romance and Adventure (Shot of an NYC bridge.)

THE LOOT—Buried by pirates many years ago at the foot of Manhattan Island. (Shot of pirates and diamonds.) And so on…

Here, in order, are some of some of my favorites, though the list is necessarily based on the serials that have extant segments that can be viewed. It’s important to note that Pearl’s serials are very much products of their time. The plots often involve the “latest” technology, real or imagined––submarines are a favorite; the films always featured Pearl as an independent and active woman, but it is often her independence that gets her into trouble; and White’s serials sometimes feature villains, like the Chinese Wu Fang, who play on racist stereotypes. For me the pleasure of the films comes from watching Pearl White in action, driving the plot forward with her physical daring at a time when women were supposed to be housebound and demure. 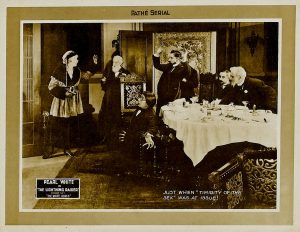 Title cards announce The Lightning Raider as “A Startling Serial of Daring––Mystery––Romance.” In an unusual turn for her, Pearl is Lightning, an antiquities thief, while Warner Oland plays Wu Fang, her nemesis. (The Chinese characters are played by white men, as was typical in films of the time.) There’s definitely stereotyping going on here, for instance in dialogue like “I know someone who give you much money if you hold that girl,” (spoken by Wu Fang’s henchman Wong I Gong), but also terrific action sequences and lines (all dialogue is on intertitle cards.) At one point, Lightning says, “The salts will clear a girl’s head­­––and when a girl’s head is clear, she’s all right.”

In a later episode, at the Society for Anthropological Research, Professor Absolom reads his paper on the “Inferiority of the Female Brain Cavity” while Lightning/Pearl shimmies down a rope outside the room, brandishes a gun, and grabs a bouquet of flowers which she believes contain a valuable phial. In another memorable sequence, this time filmed on location, villains pursue Lightning out of a florist’s shop (where she has been hiding behind ferns to eavesdrop on their conversation). Lightning pushes the bad guys to the ground and runs out onto the street and leaps to safety on a moving tram. 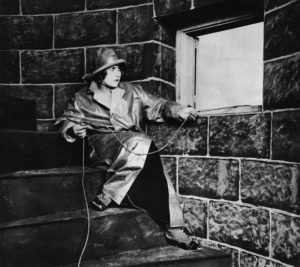 The serial that started it all. Pearl White plays heiress Pauline Marvin who wants to enjoy a year of adventure before she settles down with her sweetheart. Unfortunately, her father’s unscrupulous secretary schemes to get his hands on her fortune and arranges for Pauline’s adventures to go awry. Her mishaps memorably include a trip on a runaway hot air balloon. Pauline drives the narrative by choosing to go “periling” and then needing to be rescued, but with a little help plus her own ingenuity, she often manages to extricate herself from truly dangerous situations. 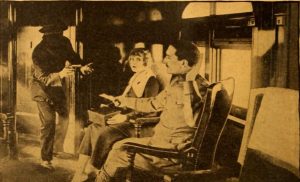 Produced as the U.S. was entering World War I, this “Military Serial Unmasking America’s Secret Foes,” as it’s described in its title card, features Pearl playing Pearl Dare. The villain is known to viewers simply as “The Silent Menace.” Pearl holds up enemies at gunpoint, flies an airplane, and fights traitors in hand-to-hand combat. With chapters entitled “The Monroe Doctrine,” “A Million Volunteers” and “The Flag Despoiler” it was clearly intended to boost patriotic sentiment and war readiness. 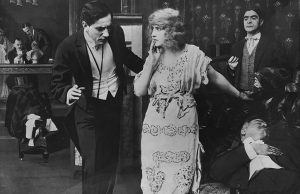 Perils of Pauline was such a success that shortly after it finished its run in 1914, Pathe released a new series. Then the Elaine series was so popular that it quickly led to two more, each 10-14 episodes long, featuring Pearl as Elaine Dodge. Elaine works in tandem with the “scientific detective” Craig Kennedy, but Pearl was the series’ true star. The serials are interesting for their progression of villains: a mystery villain known as the “The Clutching Hand,” the first appearance of the caricatured Chinese bad guy, Wu Fang, and finally a German spy, Marcus del Maar.

The Exploits of Elaine was included in The National Film Registry, and an accompanying essay explains: “Episodes of The Exploits of Elaine typically centered on some mysterious new technology—such as “The Death Ray,” “The Life Current,” or “The Blood Crystals”—that would alternately imperil or salvage Elaine, either threatening her life or delivering her from the grips of death.” Apparently, and not surprisingly, the serial was extremely popular with World War I soldiers on furlough. 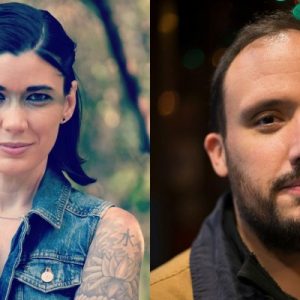 Even though Alex Segura and I are writing about opposite ends of the Sunshine State, the paths of our respective crime fiction...
© LitHub
Back to top