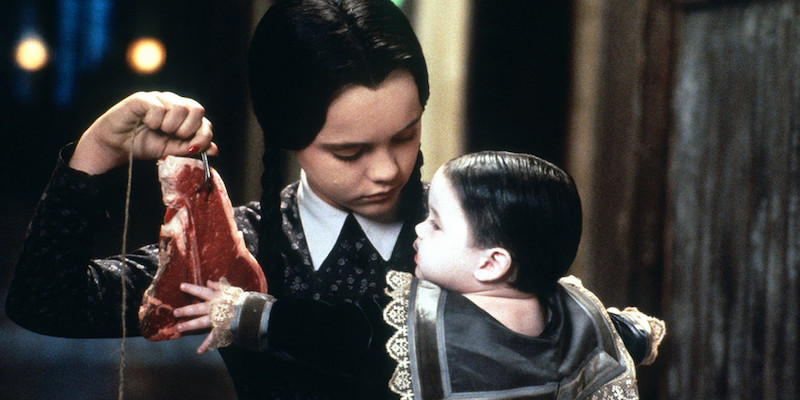 17 Horror Comedies That Will Make You Shriek With Laughter

What’s better than a horror movie? A horror comedy of course! And after another long and terrifying year, we all deserve a chance to spend Halloween however we choose, including doubled over with laughter. And, if your kids are still at home, each of these films easily doubles as an educational tool, as you explain each and every joke, and with it, the entire history of 20th century cinema. This article is dedicated to every child who saw Young Frankenstein before they had even heard of Frankenstein.

While most of the 21st century has been a steaming pile of horseshit, the growing status of Hocus Pocus as a cult classic is one of the few changes to recommend our era. Hocus Pocus follows two children and a talking cat as they attempt to escape the clutches of three witches, played to campy perfection by Bette Midler, Sarah Jessica Parker and Kathy Najimy.

Despite being made less than 20 years ago, Shaun of the Dead is already the most iconic horror comedy ever made (and the first to posit a future for the undead that doesn’t involve simply chopping their heads off).

My Favorite Scene: When Shaun and his bestie have a fight about which records to throw at the zombies. Or perhaps, when a fight at the bar between living and undead takes place to the sounds of Queen.

In this sweet tale of a boy and his zombie, modeled on Lassie, a young child befriends his family’s new pet zombie, tamed by a collar around his throat. Soon enough, the rest of the family prefers zombie Fido to their lackluster patriarch, for truly hilarious results.

This one may have been panned upon its release, but Death Becomes Her has since found a place in the pantheon of queer cult comedies. Two women who want to live forever instead become undead and vie for the affections of a plastic surgeon whose best makeup efforts are required to keep them looking young (and alive). Starring Bruce Willis, Meryl Streep, and Goldie Hawn, as an extra incentive to rewatch this one.

While I’m partial to the whole trilogy, Addams Family Values is the best of the bunch. When Morticia and Gomez tire of Wednesday and Pugsley’s attempts to kill their new baby brother, the other siblings are shipped off to Camp Chippewa, where they are forced to participate in group activities and an extremely offensive Thanksgiving pageant. There is truly no better scene in this world than watching Wednesday Adams get sweet, sweet, revenge against those sanctimonious pilgrims. I’m not still bitter about summer camp. Not at all.

No celebration of spooky comedy is complete without a shoutout to Young Frankenstein. My favorite form of humor is reference humor, because you get to laugh and learn at the same time, and bothering my dad with questions while watching this film taught me so much about the history of horror and monster movies.

How could any list of horror comedies leave off Scream? I’m a fan of the whole series, but as a big Matthew Lillard stan, I must highlight the first above all. Sydney Prescott—Neve Campbell in her most iconic role—is targeted by slashers on the anniversary of her mother’s murder. The meta-textual comedy is full of self-referential jokes about the tropes of the genre for the most loving of parodies.

This screwball comedy, based on a play, is as fresh and funny today as when it was first released. Writer Mortimer Brewster’s wedding plans are interrupted when he discovers his maiden aunts have been poisoning lonely old men with elderberry tea. But don’t take just my word for it—my colleague Olivia Rutigliano has an entire paean to this zany masterpiece. CHARGE!!!!!

Dracula is in love! With an American swimsuit model whose picture is pasted to the top of this coffin. By now, it should be a well-known fact that both Olivia Rutigliano and I are big fans of Leslie Nielsen’s oeuvre, and he brings his undead character to….well, not life, but certainly an energetic form of being undead!

The third installment of Sam Raimi’s Evil Dead series, Army of Darkness is in my opinion the best of the lot. Bruce Campbell, aka the Walking Jawline, is sent back in time to the middle ages, where he must rally the villagers to defeat an evil witch wearing lots of prosthetics. Goofy, fun, and disgusting, in equal measures.

How could we have a list of horror comedies without Beetlejuice?!?! If you ever have a chance to see this on the big screen, you’ll remember why the 1980s were the great age of horror makeup (before CGI plunged us permanently into the valley of the uncanny). A haunted house is the setting for a zany comedy that’s now become a Broadway staple, all held together by the crazed antics of Michael Keaton, starring as a demon who wants to make young Winona Ryder his bride.

Abbot and Costello Meet Frankenstein is the best Halloween comedy of all time. It is a clever mash-up of bunch of 30s horror movies that pits the two comedians against Dracula (Bela Lugosi, reprising his most famous role), the Wolf Man (Lon Chaney Jr. reprising his most famous role), and a bunch more villains, including Frankenstein (Glenn Strange, the second-most-famous Frankenstein performer, after Boris Karloff). It’s charming and hilarious, and Vincent Price also has a tiny role in it, if you need further incentive. –Olivia Rutigliano, CrimeReads Assistant Editor 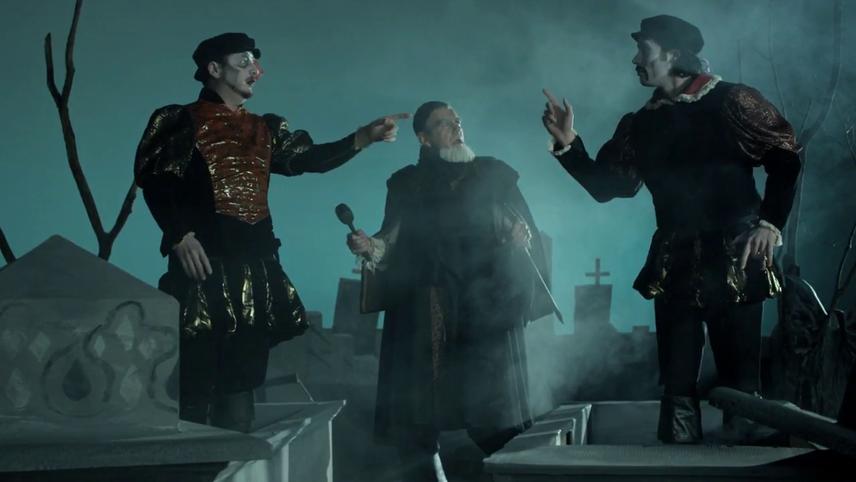 I’m glad of this one’s existence for the title alone, but the movie itself is more than a one-joke wonder. An unemployed director takes a job with a highly unusual production of Hamlet, written by a rather pale Romanian and already cursed by at least one unexplained death. In the play within the film, Horatio is a vampire who manages to turn all but Ophelia into creatures of the night.

I LOVE CREEPSHOW!! When I was a child, my family recorded Creepshow on a VHS tape and failed to label it. Every few years, I would rediscover the cult classic, made even cultier by the fact of its disappearance into the VHS pile each time I finished it. Directed by George A. Romero, and with a script by Stephen King, the five tales in this anthology film pay homage to E.C. Comics’ 1950s-era gorefests while also skewering their more ridiculous tropes. Leslie Nielson and Hal Holbrook make appearances, and everyone involved in the making of this movie seems to have had So. Much. Fun. WHERE’S MY CAKE, BEDELIA?!?!

What We Do In The Shadows (2014, written and dir. by Jemaine Clement and Taika Waititi)

Although I do ultimately prefer its spin-off television series on FX, the original movie What We Do in the Shadows is an undeniable masterpiece. Written, directed by, and staring, Jemaine Clement and Taika Waititi, it is a mockumentary about four vampire housemates (of various ages) living in Suburban New Zealand. The film follows as they navigate the mundane trials of everyday life in the modern world. And it is so fantastically funny. –Olivia Rutigliano, CrimeReads Assistant Editor

This is one of only a handful of films I have seen twice in the theater (others include Get Out and for some inexplicable reason Die Hard IV: Live Free, Die Hard). The shockingly nihilistic Cabin in the Woods is a meta-twist on the slasher-in-the-woods trope, as four college students head to a remote cabin to have a weekend of debauchery, and instead encounter more horrors than they could have ever dreamed of. Also, a zombie gets defeated with a telescoping bong and there is no better weapon in cinema.

So, this one may not be exactly a comedy, but come on—it’s far too batshit ridiculous to keep off this list. In Robert Rodriguez’s bizarre cult classic, a minister and his family are taken hostage by two outlaw brothers (played by Quentin Tarantino and Amal Clooney’s husband) who are trying to get across the border into Mexico. They succeed in getting out of the US, but find themselves at a very peculiar nightclub with a set of rather different dangers. 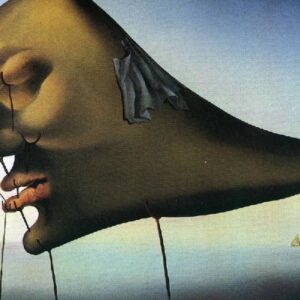 I love to feel unsettled while I’m reading. My favorite books leave the reader teetering in the precipice of certainty,...
© LitHub
Back to top