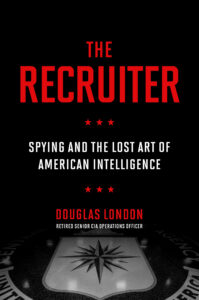 Douglas London, The Recruiter: Spying and the Lost Art of American Intelligence
(Hachette)

Douglas London spent a decades-long career with the CIA, serving overseas, in conflict zones, and developing something of a specialty in recruiting foreign assets to spy on their countries. In his memoir, London brings out the expected spy stories, with a fine eye for detail and an ability to explain the craft in a compelling way, but even more he offers sharp insights into the psychology of espionage, rendering a vivid portrait of individuals operating (and double operating) under the most tense circumstances imaginable. 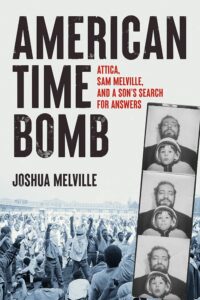 Joshua Melville is the son of Sam Melville, the radical bomber who targeted Manhattan government buildings in the late 1960s and was later killed during the Attica Uprising. The son’s book is a deeply felt journey through the mythology and secretive networks of 1960s radicalism in an effort to find out who Sam Melville really was and what drove him. The book includes interviews with former radicals still in hiding and plenty of fascinating side journeys into the era’s splintered politics. What emerges is a nuanced, ambivalent portrait of a man who pushed himself to extremes and left behind a wounded family. 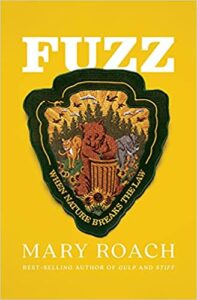 Roach’s engaging new book is a lively ride through the realm of human-wildlife conflict. She’s traveling the world to find provocative hotspots, places where animals transgress the rules and boundaries humans have set up for them. Roach goes on the proverbial “ridealongs,” observing forensics experts specializing in animal attacks, bear managers, and a wide, eccentric cast of people who dedicate their lives to the wildest of wildlife. What emerges is an insightful, artfully written study of the borderlands between humans and our animal neighbors. 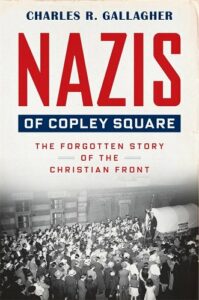 In the US, in the lead-up to WWII, a dangerous fascist movement sprang up through the Catholic church, drawing on priests, powerful lay people, and working-class parishioners. The movement, known as the “Christian Front,” actively worked to support Nazi Germany in the US. Its history has mostly been swept under the rug, but Gallagaher is determined to shine a new light on it in his powerful new study, Nazis of Copley Square. The Front’s leaders were mostly based in New York and Boston, and their ideology was a mix of conservative Catholicism, anti-Semitism, anti-Communism, and miscellaneous far-right extremist ideas. 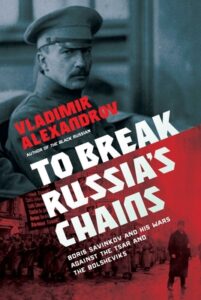 Vladimir Alexandrov, To Break Russia’s Chains: Boris Savinkov and His Wars Against the Tsar and the Bolsheviks
(Pegasus)

In an age of extremes, Boris Savinkov was neither Red nor White, and his story shows a complexity to Russian history and the paths not taken that throws all our assumptions into disarray. Savinkov began as a revolutionary terrorist and ended his life by becoming the most famous political prisoner in the Soviet Union, but his journey was not a point-A-to-point-B trajectory, but rather a meandering journey through much of the highs and lows of 20th century history.

Speculative Thrillers That Blur the Line Between Physics and Philosophy 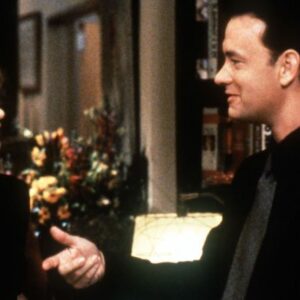 Let’s face it, all readers have the same dream—to own a bookstore! Ah, the images it conjures. Spending our days with...
© LitHub
Back to top