5 Debut Novels You Should Read This August

Winter Counts is one of 2020’s most exciting debut novels, the start of what we hope will be a long and many-volumed career in crime fiction. Meet Virgil Wounded Horse, the man who takes on the jobs traditional law enforcement can’t handle on the Rosebud Indian Reservation in South Dakota. He’s determined to find out how heroin is flooding the reservation, a crusade that takes him across the parched, corrupted landscapes of the American West and after organized crime figures fueling the systemic injustices already in place on the reservation. This is urgent, hard-hitting crime fiction that will keep you reading. –Dwyer Murphy, CrimeReads Editor-in-Chief 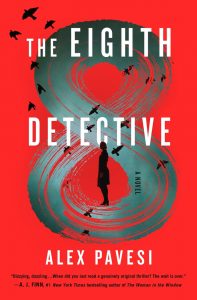 Fans of meta-detective fiction, this one’s for you! A detective novelist who one calculated the seven most perfect permutations of “murder + detective = crime story” now lives in self-imposed isolation on a private island. But soon enough, an interloper comes knocking—in this case, a young editor who’s determined to bring his work back into print, but soon begins to uncover dark secrets in the author’s past, hidden in the pages of his masterpiece. –Molly Odintz, CrimeReads Senior Editor 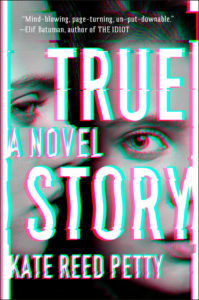 Petty’s debut is an impressive literary crime novel along the lines of Megan Abbott and Laura Lippman with great pacing and formal experimentation which sets it apart from most crime fiction. Petty constructs a dazzling puzzle featuring Alice Lovett, a ghostwriter who is haunted by an incident 15 years earlier when she was coming home after a high school party. But she is not the only one suffering: her childhood friend, now a successful filmmaker; Nick, a former lacrosse player (so much is evoked by that phrase) with a drinking problem; and Richard, who runs a reputation scrubbing company, are all still fixated on that night. True Story has much to recommend it: Petty’s ambition leads her to into thorny topics. Sexual assault, rape culture, toxic masculinity, a skepticism about memory and truth—the greatest hits of misogyny are scrutinized and documented with a heaping cup of existential philosophy. In screenplays, in emails, in drafts of Alice’s college admissions essay, Petty presents us with individual versions of the past, putting the reader in the position of figuring out which story and whose story is true. –Lisa Levy, CrimeReads Contributing Editor 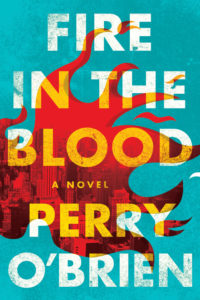 O’Brien’s debut is a powerful story of a soldier returned home following his wife’s death in a hit-and-run accident. After deciding there’s more to the tragedy, he goes AWOL and throws himself in a complex and sinister underworld of Bronx drug dealers, doctors, and family he may or may not be able to trust. As he discovers secrets about his wife’s life, he’s also processing his own alienation from the military. O’Brien himself served in the 82nd Airborne in Afghanistan but eventually claimed conscientious objector status. It all adds up to a thoughtful, emotionally-charged story for a talented new author with a long career stretching out ahead of him. –DM 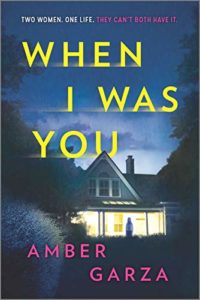 Amber Garza, When I Was You (MIRA)

Garza has a string of hit romance novels behind her, but makes her debut in the world of thrillers this month with a compelling, smartly structured tale of obsession and identity. A woman named Kelly Medina is living an isolated life in a small town in California. A chance phone call from a pediatrician informs her there’s another Kelly Medina in the same town, with a young child. Her curiosity gives way to an unhealthy interest and eventually stalking, meanwhile Garza cleverly blurs the lines of second-person narration, shifting between the two Kelly Medinas. The result is a disorienting, invigorating debut poised for breakout success. –DM 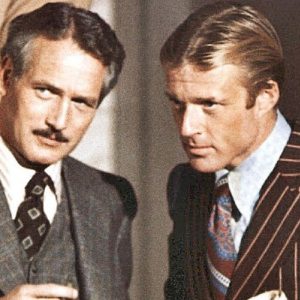 I’ve seen The Sting many times throughout the years, but the best time was when I saw it projected onto an enormous screen...
© LitHub
Back to top