Hotel Deaths, Unlikely Investigators, and Spies in the Cold

These are boom days for writers and readers looking for thoughtful, hard-hitting stories about real-life crime. Whether you’re in the mood for a high-octane page-turner, an investigation, or a penetrating memoir, chances are there’s a book (and many a podcast or docu-series) out there for you. Every month, we round up the best new crime non-fiction with recommendations from CrimeReads staff. Here are the selections for November: 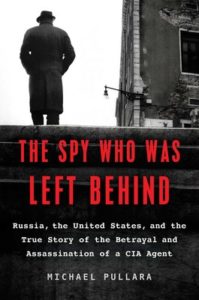 Michael Pullara, The Spy Who Was Left Behind: Russia, the United States, and the True Story of the Betrayal and Assassination of a CIA Agent (Simon and Schuster)

Michael Pullara’s father fell victim to shady American interventionist politics in Laos in the 1970s, so it’s no surprise that Pullara takes an interest in the shadowy world and real human toll of extra-legal actions by the CIA and other government agencies. In The Spy Who Was Left Behind, Pullara investigates the murder of a spy in mid-1990s Georgia, blamed on an innocent local man, whose pleas for justice finally led to a reopening of the case. Who was really responsible for the lonely death of station chief Freddie Woodruff, shot on a back road in 1993? Was Aldrich Ames, revealed to be a Soviet mole in the CIA, responsible for the killing? A good researcher answers only those questions to which they can find proof, and Michael Pullara is a very good researcher indeed, but in this case, the unanswered questions are just as fascinating as the answered. 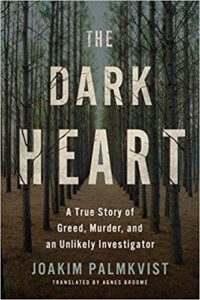 In 2012, Göran Lundblad, a wealthy Swede with vast rural landholdings, went missing. His disappearance prompted the airing of a deep trove of family grievances and secrets, foremost among them one of his daughter’s suspicions that her sister and her boyfriend had killed their father in an attempt to seize his land. Palmqvist’s new book dives deep into the mystery of Lundblad’s vanishing and the ugly legacy that unfolded in its aftermath. It also provides a powerful portrait of Therese Tang, a private investigator who wouldn’t let the case go. This is real-life Nordic Noir, with an investigation that exposes dark secrets about Scandinavian old money and family histories. 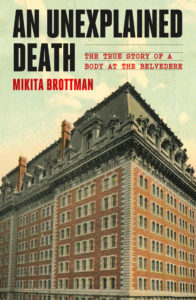 Mikita Brottman, An Unexplained Death: The True Story of a Body at the Belvedere (Henry Holt and Co.)

Mikita Brottman’s investigation of the unexplained and suspicious death of Rey Rivera at the Belvedere Hotel is about much more than the body itself, exploring the history of hotel suicides, the investigator as voyeur, and the nature of obsession. True crime works best when it holds a mirror up to our own need to know these violent truths, and Mikita Brottman writes fearlessly about the nature of her own—and our—interest in morbid affairs. 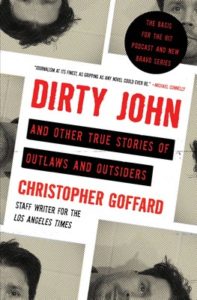 Christopher Goffard had a breakthrough with the smash success of the Dirty John podcast, but he’s been writing penetrating and insightful stories about outsiders, hustlers, rogues, avengers, and other figures from the fringes in the Los Angeles Times for years. Now, some of his best work is collected in one book. The standouts include the stories that gave rise to the Dirty John podcast, about a serial hustler and abuser named John Meehan and the family that finally vanquished him, as well as a bizarre, jaw-dropping story about spiraling chaos in an idyllic California suburb. Goffard is one of the best crime storytellers working today, and anyone who was riveted by his podcast will find rewards in reading his broader body of work. 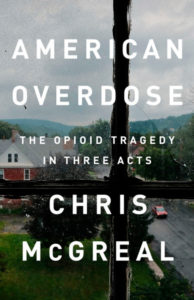 To the burgeoning literature of the opioid epidemic, including Beth Macy’s Dopesick, Barry Meier’s Pain Killer, John Temple’s American Pain, and Sam Quinones’s Dreamland, let’s add Guardian reporter Chris McGreal’s American Overdose. McGreal’s approach is a historical and comprehensive one: he divides the book into three sections or acts, Dealing, Hooked, and Withdrawal. While the books above each do an excellent job at exposing part of the epidemic, McGreal’s book’s value is in its synthesizing of information from the epidemic’s inception at the hands of Purdue Pharma, the manufacturer of Oxycontin, to the current mess we are in, with skyrocketing overdose deaths and addiction rates among all strata of society.

Ngaio Marsh: A Crime Reader’s Guide to the Classics 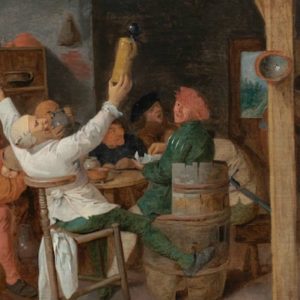 When you think of a traditional cozy mystery you might picture sweet little Miss Marple pouring over a list of suspects and sinister...
© LitHub
Back to top