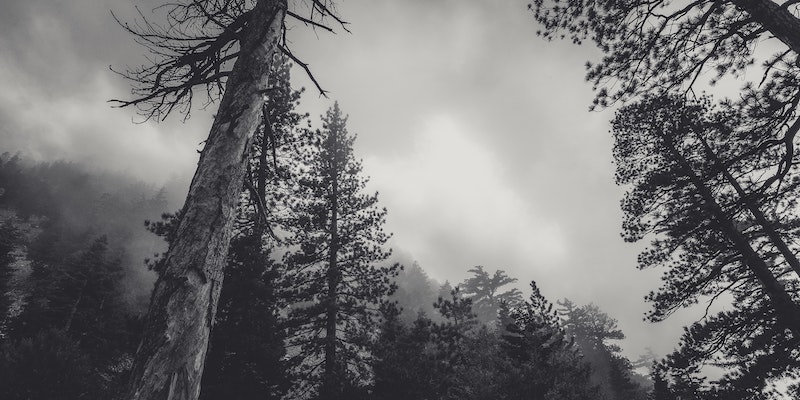 There’s a certain kind of thriller, or detective story, or other kind of mystery, that doesn’t focus on violence or the Whodunnit?—aspect. At times, there isn’t even a clear “it.” Instead, the story draws the reader in by creating a haunting atmosphere. Often it seems this is done through usage of the suggestive qualities of things like memory, identity, or nature—or perhaps rather the boundlessness between a human being and her surroundings—as well as a more obvious spiritual presence. It can be wonderfully eerie and playful when done well, and while writing The Forbidden Place this was what I found myself glancing towards. Here are 5 outstanding titles in this field: 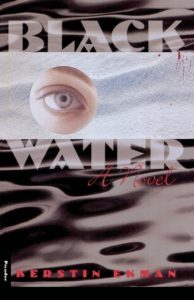 More than a novel, Blackwater is a state of mind. During a Midsummer’s Eve in the North of Sweden, where the bleak daylight never disappears, darkness arises from within. Two tourists are stabbed to death in a tent in the small village of Blackwater and the characters Annie, Johan, Birger, and the others are continously haunted by the event, despite their own urge to forget. Eighteen years later, the threads of memory, loyalty, secrecy, and misunderstandings once again start to unfold and weave around the question of what really happened.

In Sweden, Blackwater is a modern classic. With her masterful character portrayals, Ekman—once a member of the prestigous Swedish Academy—pulls the reader into a world of whispering water, loud forestry, and silent people. A world where the boglands and the dense forest—and the people who populate it—simultaneously appear both ordinary and mysterious, and where places and events seem just as fluid and elusive as the recollection of them. 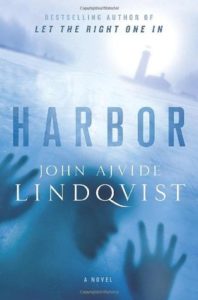 On a sunny winter’s day in the Stockholm archipelago, Anders, Cecilia and their five-year-old daughter Maja takes a ski excursion over the ice to a nearby lighthouse situated on a cliff. They are all inside the lighthouse when the little girl runs down to play outside. Five minutes later, she is gone. Only… there’s nowhere to go; only flat rocks and kilometers of thick ice with untouched snow. A couple of years later, Anders is back in his house in the archipelago, crushed by grief, alcoholism and divorce. But soon, he starts to receive strange messages. Crazy messages. Could it be that his Maja is still out there in the world somewhere, just out of reach from him? In his earlier novels, zombies and vampires have been the antagonists of Lindqvist’s choice (he is the author of the book which the major motion picture Let the Right One In was based on). Here, it’s the sea itself. Anders’s search leads him into its heart of darkness, increasingly convinced that real change demands a real sacrifice from him.

There are some typical and wonderful Ajvideesque elements here; one of the more amusing ones is a couple of teenage ghosts who drive around on their cargo mopeds quoting The Smiths. In essence, Harbor is an epic and bewildering story about a small island town with buried secrets, a father’s grief over a lost child, and the dark powers that made the girl disappear. 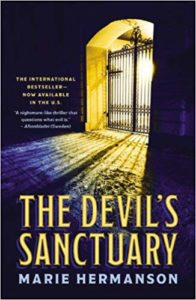 The utterly enigmatic The Clam Beach (Musselstranden) would have been my first choice for a Hermanson title on this list, but since it, inexplicably enough, hasn’t been translated into English, I choose The Devil’s Sanctuary.

The story takes place at a the beautifully located sanctuary Himmelstal in the Swiss alps, where Daniel has been invited to visit his twin-brother Max. Seduced by the mountains and the fresh air, Daniel agrees to switch identity with Max for a while, so that Max can take care of some business of his own, outside the sanctuary. It soon turns out that the place is not the fashionable health-resort it first seemed to be, but rather a prison ruled by egoism, fear, and pure evil.

Hermansson is a master at writing suspensful stories without ever being controlled or limited by intrigue. In The Devil’s Sanctuary she creates an atmosphere so claustrophobic that Hitchcock and Kafka will seem sweet and pleasently spacious in comparison. 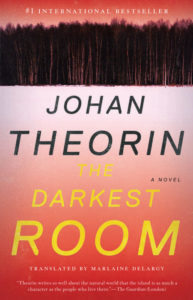 It is said that the long-neglected manor house at Eel Point was be built with timber from a ship that got wrecked in the infamous recurring winter storm. When young couple Katrine and Joakim move into the manor with their two daughters to renovate it and live a new life far away from the city, it doesn’t take long until Katrine is found drowned on the cliffs nearby. Joakim is left in grief, with a house where the walls seem to whisper, and where one of his children calls out for someone at night. Moreover, he is left with the stories of the place. Stories that whsper about how the lives lost in the storm resurrect, and how every Christmas the lost souls gather in the adjacent barn. Superstitions, of course…

Like other titles in Theorin’s Öland quartet, The Darkest Room is a combination of crime read, ghost story and relationship drama—permeated by a sense of true and moving sadness, or loneliness, for anyone to rest their soul while travelling through those windy pages. 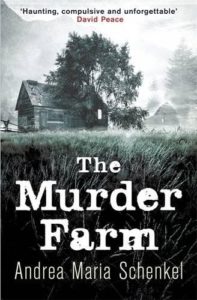 “A requiem that, with uncanny precision exposes the demons hiding beneath the surface of everyday life.”

The words are from the Swedish Crime Writers’ Academy, which named The Murder Farm “Best Crime Novel Translated into Swedish” in 2008, and they perfectly capture the lingering atmosphere after having read Andrea Maria Schenkel’s short but vibrantly intense debut novel.

In the cold spring of 1955, life has somewhat gotten back to normal in the German village of Einhausen after the horrors of the war. One day, eight-year-old Marianne doesn’t come to school and soon her whole family is found murdered at their farm. Schenkel’s take on a both authentic and unsolved murder case is as simple as it is brilliantly performed; a number of villagers as well as the dead themselves get to speak their mind about what they witnessed and remembered, and say what they think happened that day. And maybe, just maybe, one of them knows a whole lot more than the rest.

SUSANNE JANSSON was born in 1972 in Åmål, Sweden. She later moved to Gothenburg to work in advertising and then to New York to study photography. Her debut thriller, The Forbidden Place is now out from Grand Central Publishing. 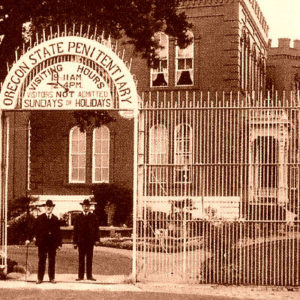