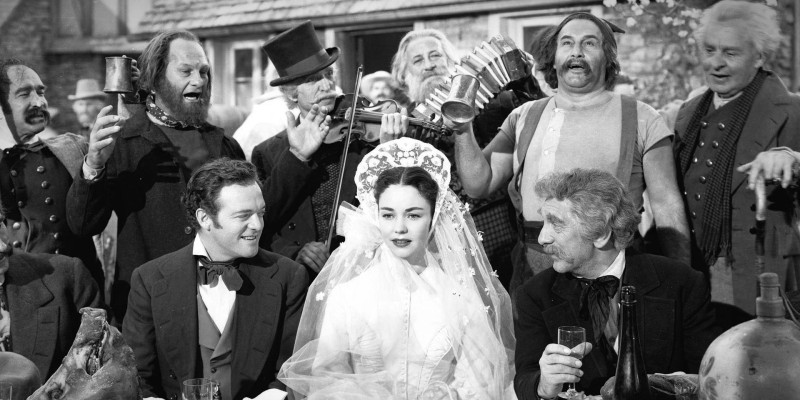 Who needs a traditional hero when you can have all that tortured, selfish, maybe fundamentally immoral striving?

What separates heroes from anti-heroes in stories? There is no one-size-fits-all definition, but we can instinctively tell which category a protagonist falls under. Heroes tend to be likable, well-meaning, and idealistic; anti-heroes tend to be tortured, selfish, maybe fundamentally immoral. While I enjoy following along a hero’s journey, I love stories of anti-heroes more, because I find it infinitely more fascinating to watch people struggle with human nature, not to triumph over our baser, more selfish and deluded impulses, but to succumb. Heroes teach us how to live life through example, but anti-heroes teach us no less about how to live life. We get all the benefits of witnessing their (futile) struggles and (tragic) experiences without having to make those same choices ourselves. Sometimes that message sinks in deeper, because of its more sinister consequences.

Given my fascination with anti-heroes, it’s no surprise I wrote White Ivy, about a girl named Ivy Lin who is a thief, a liar, and an unscrupulous Chinese-American girl striving to marry into a patrician New England family at all costs. The reader follows along Ivy’s journey with one question in mind: What is Ivy’s bottom line? The tragedy of Ivy’s character, as with so many anti-heroines, is that her very desires become her un-doing.

If you enjoy these kinds of stories as much as I do, here are six books featuring anti-heroine characters that I’ve loved over the years. 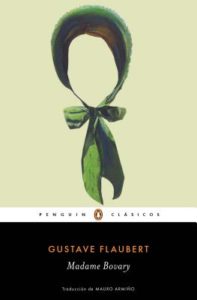 When I first encountered the frivolous, yearning, beauty-obsessed Emma Bovary, I was immediately enamored. Emma is sheltered, a hopeless romantic, idealizing all the wrong things in life, yet her restless nature spoke to me. She’s trapped in a life she doesn’t want, and her desperation to escape leads her down a slippery, immoral path of love affairs, broken hearts, and disillusionment. This is not a redemption story—Emma’s end makes this novel so shocking, yet utterly truthful. 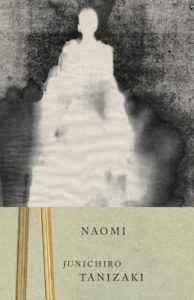 Ever since I discovered Murakami in high school, I’ve loved Japanese literature, and Tanizaki’s Naomi is one of my favorites. We first meet Naomi as a sweet, innocent fifteen-year-old waitress who is swept off her feet by a man who is much older than she is. As the story progresses, the tale of one man’s attempt to “cultivate” his child-wife gives way to a different story: Naomi is not the guileless girl her husband initially thought her. In fact, all along, she has been the puppetmaster stringing her idealistic husband along with her egregious lies and scores of lovers. We can hate and judge Naomi, but do we blame her? The unraveling of their toxic marriage was painful and agonizing to watch, yet I could not look away.

Ottessa Moshfegh writes funny, subversive, dark female protagonists and I cannot get enough. Eileen is the story of a young woman who works as a secretary at a boys’ prison, while taking care of her alcoholic father in a frigid New England town. The vibe of the book is squalor. There is not a speck of beauty or hope to be found in Eileen’s life, and she gets through each day with bleak humor, brutal honesty, and the occasional shoplifting. When a new counselor arrives at the prison, Eileen becomes enamored with the glamorous Rebecca, leading her down a dark path that will change the rest of her life. Eileen’s choices, while immoral, are ones I rooted for the entire time. I cheered for her escape. 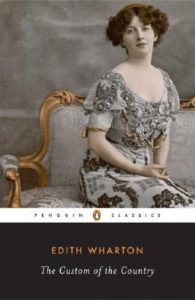 The Custom of the Country, by Edith Wharton

Edith Wharton is one of my favorite authors and she’s given us the glamorous Countess Ellen Olenska, the sympathetic yet doomed Lily Bart, but it’s the immoral and selfish Undine Spragg whose story has left the deepest impression upon me. Undine wants a life of wealth and status and she’s willing to marry, discard, and blackmail anyone to do it. She takes advantage of her gentle but spineless parents, her doting lovers, her dutiful ex-husband, all to obtain a life of expensive hotels, parties, and shopping trips to Paris. Nothing is enough for Undine—she leaves bodies, literally, in her single-minded pursuit of status. This is one of the most chilling character arcs I’ve ever read because Undine remains fundamentally unchanged from beginning to end. She has learned nothing from her terrible experiences; we can see how this cycle of greed and destruction will continue for the rest of Undine’s life. 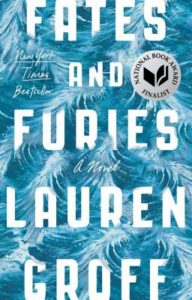 Fates and Furies, by Lauren Groff

Mathilde is one half of a seemingly perfect couple in this wonderfully layered novel about the deceptions of marriage. The fascinating thing about this book is that we don’t get Mathilde’s perspective until halfway through the book. In the beginning, we only know her as a beautiful, supportive wife of a successful playwright, yet when the book does switch over to Mathilde’s point of view, I physically got chills. Mathilde is ruthless, calculating, and determined—she hides her less-than-innocent background from her husband, lies to him about her relationship with her mother-in-law, about her fertility, about even her role in writing her husband’s plays. There is no question that Mathilde’s frigid—even cruel—interior is unlikeable, yet I still found her voice utterly compelling. 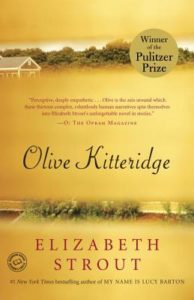 Elizabeth Strout is one of the most humane, astute writers I’ve read, and Olive Kitteridge is a testament to her ability to make a cranky, mean, utterly un-self-aware old woman not only compelling, but sympathetic. As readers, we can hate Olive but she is trapped in her own mind and body and that is infinitely worse. This book took me on a roller-coaster of emotions, from sorrow to anger to disgust to pity. Olive could have been an aunt of mine whose tactless actions and bullying words I deplore, but in the small moments of silence and reflection and loneliness, I felt Olive’s confusion and grief. In some ways, I think all of us have a bit of Olive in us. It’s a beautiful, beautiful book.

Susie Yang was born in China and came to the United States as a child. After receiving her doctorate of pharmacy from Rutgers, she launched a tech startup in San Francisco that has taught 20,000 people how to code. She has studied creative writing at Tin House and Sackett Street. She has lived across the United States, Europe, and Asia, and now resides in the UK. White Ivy is her first novel. 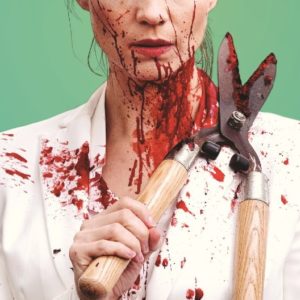 Dr. Scarlett Clark, the heroine of my latest thriller They Never Learn, hunts and kills rapists in her spare time. That’s...
© LitHub
Back to top