Arson Revisited, Hacking for Hire, and Stories of Endurance

These are boom days for writers and readers looking for thoughtful, hard-hitting stories about real-life crime. Whether you’re in the mood for a high-octane page-turner, an investigation, or a penetrating memoir, chances are there’s a book (and many a podcast or docu-series) out there for you. Every month, we round up the best new crime non-fiction with recommendations from CrimeReads staff. Here are the selections for January: 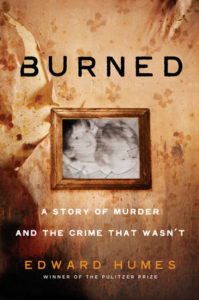 Edward Humes, Burned: A Story of Murder and the Crime That Wasn’t (Dutton)

In 1989, a young mother named JoAnn Parks escaped from a house fire that claimed the lives of her three young children. She was soon put on trial for having started the fire herself, found guilty, and sentenced to life in prison, based largely on the testimony of fire forensics experts who testified about signs of arson. Today, nearly thirty years later, much of the ‘science’ that helped convict Parks has been debunked, and the California Innocence Project has taken up her case. In Burned, Humes, a Pulitzer-Prize winner, tells Parks’ story and charts the rapidly-evolving world of fire forensics, asking whether Parks’ case could be a turning point in the judicial system’s handling of arson cases, potentially altering convictions across the country. 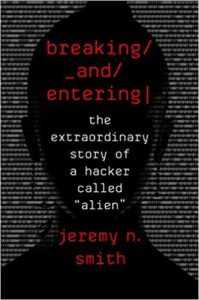 Smith’s Breaking and Entering is a fast-paced true crime thriller in which there’s very little actual “crime” in the traditional sense, since most of the would-be victims have paid dearly for the privilege of being attacked. This is the world of high-tech, high-stakes cybersecurity, told through the story of one woman, a hacker nicknamed “Alien,” who began her career at MIT, went to work for the government, then branched out on her own as a hacker for hire testing some of the world’s most complex security systems. Smith offers an interesting glimpse into a world few of us can ever hope to have access to, though we all rely on its effectiveness to guarantee the safety and security of our assets and our identities. 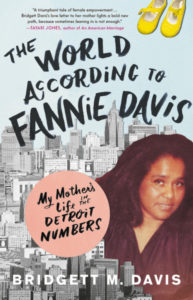 Novelist Davis turns to her family here to tell the remarkable story of her mother, who had an unusual occupation which was never openly discussed. She was a bookie for the Detroit Numbers, an illegal lottery run by and for African-Americans in cities all over the US. Along with the fascinating details about the Numbers, Davis also recounts her parents’ migration to Detroit from Nashville during a time when the urban north held real jobs and opportunities for migrants, as well as writing a homage to her hard-headed and brilliant mother who kept the family in the burgeoning African-American middle-class. 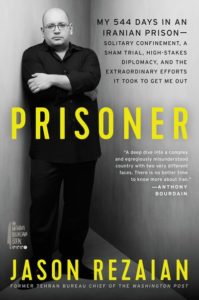 Jason Rezaian, Prisoner: My 544 Days in an Iranian Prison—Solitary Confinement, a Sham Trial, High-Stakes Diplomacy, and the Extraordinary Efforts It Took to Get Me Out (Ecco/Anthony Bourdain)

When Rezaian, the immensely talented reporter and Tehran bureau chief for the Washington Post, was arrested in 2014 on trumped up charges of espionage, few could have predicted the strange course his case would take. He would spend eighteen months in an Iranian prison, while an intense lobbying campaign got underway thanks to the efforts of his wife and his brother, and meanwhile his case got wrapped up in the evolving negotiations for an American-Iranian nuclear pact. Rezaian tells the story with his customary blend of wit, gravitas, and deep feeling, rendering a portrait of a man and a family caught up in a tumultuous geopolitical moment, the culmination of decades of hostility. Prisoner is as powerful and memorable a memoir as you’ll read this year. 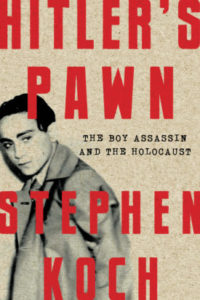 In November 1938, Herschel Grynszpan, a refugee teenager in hiding after being denied asylum by the French state, walked into the German Embassy and shot the first man he saw, determined to get revenge for the suffering of his family, recently and forcibly deported from Germany to Poland. German officials, looking for a pretense for attacking Jews en masse, seized on the killing as a pretense for the terrible night of attacks that would go down in history as Kristallnacht. Not done with their propaganda campaign, Hitler and Goebbels later arranged for Grynszpan to be put on trial in the hopes of convincing the public that the Jews themselves had provoked the Holocaust then underway. In Koch’s new book, Hitler’s Pawn, he tells Grynszpan’s incredible life story, including how the young man sussed out the German’s bizarre scheme and mounted his own private resistance to serving as their pawn. 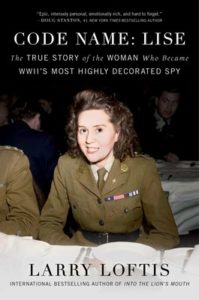 Odette Sansom was one of WWII’s most accomplished spies, flown into France, hunted by German police, teamed with a captain with whom she’d soon begin a long love affair, captured and sent through a gauntlet of German tortures and concentration camps, and somehow enduring. Loftis gives Sansom the epic story her experience warrants, full of spycraft, complex and important missions, incredible feats of bravery, and love. 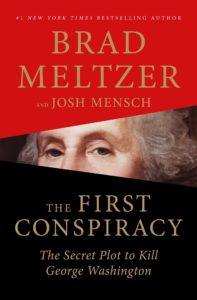 Meltzer and Mensch, in their new history of espionage, conspiracy, and betrayal in George Washington’s army, tell a complex and thrilling story that unearths a little-known aspect of the revolutionary war: long before Benedict Arnold switched sides, many of George Washington’s bodyguards conspired to assassinate the revolutionary leader. Brad Meltzer is known for his thrillers, and brings a fast-paced energy to his first work of nonfiction, cowritten with the documentarian and historian Josh Mensch, who also has a flare for the entertaining.

The Crime Fiction of Taipei 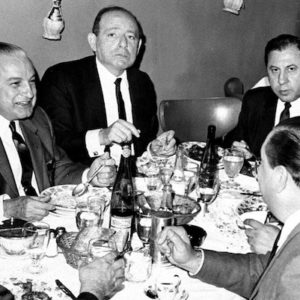 New York City is famous for a lot of things, but both “dining” and “crime” have to be toward the top of the list. And...
© LitHub
Back to top