"Myth Has A Way of Creeping In Alongside Murder"

It may come as no surprise to learn that mystery novels have a lot in common with myths, fairy tales, and folklore. Good and evil, hero (or heroine) versus villain, lessons learned at a painful price . . . we could be talking about Michael Connelly’s contemporary Bosch mystery series, Charles Perrault’s Cinderella, or the long-running television series Law & Order.

In my own novels, set in the fictional town of Cedar Valley, Colorado, myth has a way of creeping in alongside murder. Detective Gemma Monroe’s investigations take her down dark roads; in many ways, she is Gretel, following clues like breadcrumbs, that ultimately lead her to the evil that lurks, hidden, in the shadows all around us.

Lost Lake, the third book in the series, centers on a missing woman and her murdered colleague, though I’d argue the lake itself—a stunning and isolated alpine pool of sapphire, ice-edged waters—is a character in and of itself. Whether Lost Lake is good or evil, however, remains to be seen; for it is along its shores that people disappear . . . and people die.

Whether you prefer your cozies with a dash of the fantastical, or your procedurals to move along with a sly nod to a classic fairy tale, here is a list of five mysteries to get you started. 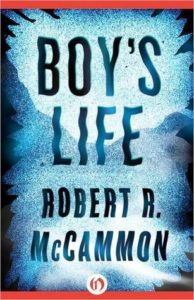 McCammon is one of those authors who shifts easily between mystery and horror, literature and short stories. Boy’s Life is a near perfect read that I find myself recommending to anyone asking for a great book. The time is the early 1960s and the place is Zephyr, Alabama, where young Cory and his father witness a terrible crime. There are monsters, ghosts and magic in this boy’s life; McCammon makes it clear that part of growing up, perhaps the most important part, is learning to recognize who is a villain and who is a hero. 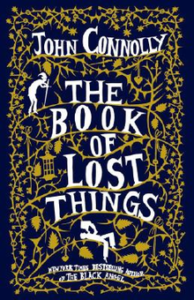 The Book of Lost Things is a novel that defies easy categorization. Part mystery, part fantasy, and part coming of age fable, Connolly shows us the darker side of the fairy tales we’re used to. The story follows young David, mourning the death of his mother, as he falls into a mysterious hole in a garden wall and finds himself in a parallel world. But it is the villain, the Crooked Man, who instills the most feeling in the reader . . . and that feeling is fear. 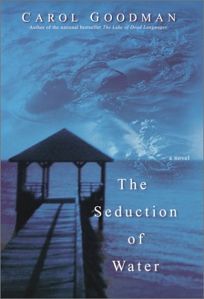 Carol Goodman, The Seduction of Water

All of Goodman’s books are excellent; I’d recommend starting with her first, The Lake of Dead Languages. Her books, standalone novels, typically feature a strong female lead, a Gothic or otherwise atmospheric setting, and secrets, lots of secrets. In The Seduction of Water, she presents the story of a daughter, desperate to find answers to her mother’s mysterious death. Incredibly, those answers may lie in the fairy tales the mother used to tell the daughter, tales of the exotic Selkie, the mythical Seal Folk of Scottish folklore. 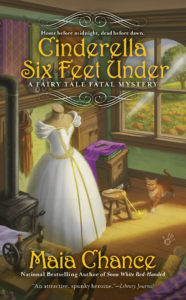 Chance’s books are enjoyable historical cozies that play off of the classic fairy tales; titles include Snow White Red-Handed and Cinderella Six Feet Under.  These charming mysteries star variety hall actress Ophelia Flax, who finds herself in the most peculiar situations. Whether Flax is working to prove her innocence, solve a murder, or unveil a villain, she’s winsome and true to herself. As one reader writes, the series is a nice mix of fairy tale and history, mystery and hilarity. 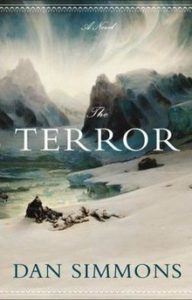 Turning to a much darker tale, Dan Simmons’ The Terror is a historical thriller that uses creature mythology, specifically borrowed from Inuit mythology, to chilling success. The novel recreates the true story of Sir John Franklin’s expedition aboard the HMS Terror to find the Northwest Passage. Tragically, the expedition finds itself stuck in the Arctic ice. As the days turn to weeks and the food stores dwindle, the men are stalked by something that can’t possible exist. And yet, as Simmons lets the fear and dread build, proof of the creature’s existence appears one bloodied frozen victim at a time. 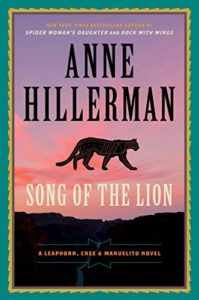 Anne Hillerman, Song of the Lion

Anne Hillerman’s Song of the Lion stars Navajo Tribal cops Officer Bernadette Manuelito and her husband Sergeant Jim Chee, as well as retired Lieutenant Joe Leaphorn. The novel starts off with a literal bang: a young man is killed in an explosion in the parking lot of the local high school. The FBI arrive shortly thereafter and the investigation proceeds. Along the way, Hillerman deftly weaves into the story the myths, cultures and rituals of the Navajo, Hopi and Dine culture. 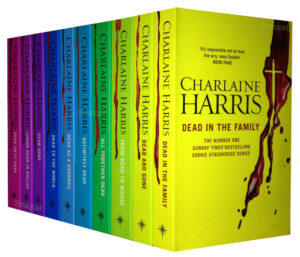 Charlaine Harris, a prolific author with a number of series under her belt, found tremendous success with The Southern Vampire Mysteries series, eventually seeing it made into the HBO series True Blood. Start with Book One, the Anthony Award winning Dead Until Dark, which introduces us to small town Louisiana waitress Sookie Stackhouse, a winsome young lady with one big problem: she can read minds. The series, which features vampires, werewolves, witches, and more, is grounded in present-day reality but offers a wonderful escape by creating a world in response to the question of ‘what if?’ What if the part-human, part-creature beings of our imagination were real?

Emily Littlejohn writes the Gemma Monroe Mysteries series, set in the lovely but deadly fictional town of Cedar Valley, Colorado. Her debut novel, Inherit the Bones, was a Colorado Book Award Finalist. She lives along the Front Range with her growing family, enjoying the beautiful outdoors as much as possible. Her fourth book, Shatter the Night, is now out from Minotaur Books. 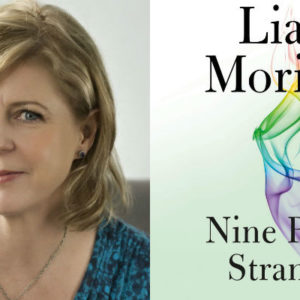 To a certain segment of readers, Liane Moriarty has long been a household name, publishing a string of novels that combine...
© LitHub
Back to top