VIA NO EXIT PRESS

In 1858, a young novelist in search of a story received a letter from someone claiming to be wrongly incarcerated in a lunatic asylum. Could the novelist, the letter asked, use his legal training to overturn the doctors’ malicious diagnosis and so liberate a sane person from this prison for the mad? We do not know how Wilkie Collins replied, nor indeed, whether the sender was in fact mentally ill, but this letter provided inspiration for the first great asylum novel The Woman in White (1860).

At the heart of this story is a woman imprisoned by her husband in an insane asylum for his financial gain. Her impassioned her pleas of sanity are treated as delusional, the doctors’ say is terrifyingly final. Here then, is the enduring nightmare of asylum thrillers, used again in the recent movie Unsane (2018) in which the heroine, once labelled “deranged,” becomes powerless in the face of corrupt medical opinion.

The research into Victorian records that I carried out for my novel The Conviction of Cora Burns (2019) revealed a rather different picture of asylum life. Handwritten casebooks, which provide a detailed record of the condition and treatment of each patient, suggest that most medics, then as now, were earnest in their concern to improve the health and composure of distressed individuals. And even without any 20th century “treatments,” patients often recovered, temporarily at least, following a period of rest and nourishment. For the nineteenth century “pauper lunatic,” the asylum often lived up to its original meaning as a place of refuge.

The tension between these two visions of the mental institution / psychiatric hospital continues to be irresistible to thriller writers. A novel’s perspective on the merits of the ‘asylum,’ whether repellent, intriguing or therapeutic, depends very much on the point of view from which the story is told. 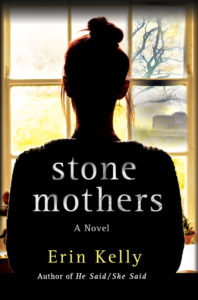 Starting with the building’s modern incarnation as a block of luxury apartments, this involving psychological thriller takes us through the grim history of Nazareth Mental Hospital. For decades, the hospital has loomed over the flat countryside and the local community, dominating the lives of its patients even those who stayed only briefly. Once abandoned, the building thrusts its way into the plot with a structural collapse that proves fatal. But the story really comes to life with a harrowing glimpse inside the functioning wards and treatment rooms in their mid-twentieth century heyday. The 1959 Mental Health Act, which ended routinely coercive treatment for mental patients in Britain, comes just too late for the novel’s key character, Helen, who is forcibly hospitalized at a time when the signatures of a family member and a GP were enough to incarcerate an embarrassing or inconvenient relative indefinitely. 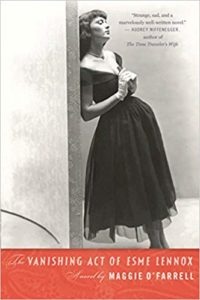 The Vanishing Act of Esme Lennox by Maggie O’Farrell (2006)

Confinement in an institution could last for life as Esme Lennox discovers in this gripping novel based on real experiences from 20th century mental hospitals. The question of what defines madness is at the heart Esme’s story because she is, in her family’s eyes at least, very definitely odd. She would rather stay at home reading than go to a dance, she refuses violently to have a haircut and starts to take “funny turns” from which she can’t be roused. But her eccentricities hardly merit her being kept in a mental institution for sixty years. The full story of Esme’s committal to the asylum follows a web of deceptions through several generations of repressed family life in Scotland and colonial India. When Esme’s hospital finally closes down, she is released into the care of a relative who had no idea of her existence. But Esme’s sister who played a part in her incarceration, is now lost in dementia and living in a specialist care home. Esme, despite being institutionalized, has become the saner of the two. The plot twists in this riveting novel are powered by our sympathy for Esme and the heart-breaking price she pays for her unconventional personality. 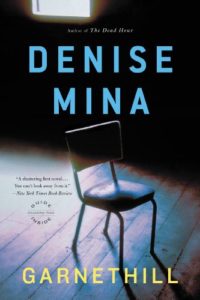 Maureen O’Donnell is a former patient who finds it hard to escape the shadow of the psychiatric hospital where she recovered from a breakdown. Her recovery is not aided by starting an affair with her shady psychiatrist, an affair that ends when Maureen finds him in her living room with his throat cut. The police first regard Maureen as the prime suspect in the case, then as an unreliable and unstable witness. So Maureen realizes that she must uncover the truth about the murder herself. The quest takes her back to Rainbow Clinic, the specialist unit for sex abuse survivors, which is a part of the former Levanglen Lunatic Asylum. Here “the walls were painted yellow and covered in posters of puppies and kittens and monkeys. When it was full of patients, the maniacally cheerful room looked like a sarcastic joke.” As she starts to uncover a shocking scandal of rape and corruption, Maureen battles to stay sane and to stay safe.

An outsider provides an apparently impartial perspective on Ashecliffe Hospital for the criminally insane when US Marshal Teddy Daniels is called in to track down an escaped female patient. Situated on an island in Boston Harbor, the facility should be entirely secure. But as a hurricane bears down on Shutter Island, the weaknesses of the hospital regime are exposed and Teddy begins to work out his personal entanglement with the institution. Still wracked by grief for his wife who died in a fire, Teddy realises that the arsonist who started the blaze is being detained on Shutter Island. Teddy’s quest to find the escaped patient becomes an engrossing psychological labyrinth as he questions the 1950s psychiatrists’ faith in the treatments they administer such as ECT, pre-frontal lobotomy and mind-numbing drugs. The reader, meanwhile, begins to wonder about the effect that combat stress the loss of his wife has had on Teddy’s own sanity. 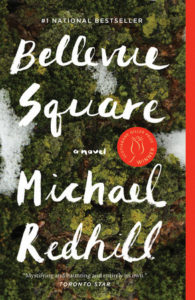 How would you know if you were going mad? Maybe everything would seem normal apart from the appearance of your doppelgänger on the other side of town. This is the experience of Jean Mason, the narrator of the 2017 Giller Prize winner. Jean is a wife and mother who apparently owns a thriving Toronto book store. But as the extent of her hallucinations becomes clear, Jean starts to vie for the title of literature’s most unreliable narrator. Her obsession with the doppelgänger, a crime writer called Ingrid or Inger Fox, leads Jean into a mental and physical breakdown. Emergency brain surgery follows. But as her neurologist Dr Morbier observes Jean during her recovery at the Centre for Addiction and Mental Health, the doctor becomes the new focus of Jean’s paranoia. This complex novel’s themes of shadow selves and alternate realities are given a droll twist by Redhill, whose crime thrillers are written under his pseudonym, Inger Ashe Wolfe. 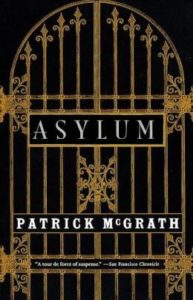 The family of a doctor working at a high-security psychiatric hospital take centre stage in Patrick McGrath’s brilliant novel. The author himself grew up beside Broadmoor hospital for the criminally insane where his father was the Medical Superintendent. In the novel, Charlie, the ten year-old son of a doctor in a similar institution, relishes the freedom of roaming the extensive hospital grounds and befriending the inmates. But when his mother begins an affair with one of them, a murderer who killed his wife and mutilated her body, the boy is pulled into the dangerous chaos that is unleashed. A woman’s frustrations with family life the 1950’s mirror the confining atmosphere of the secure hospital and the danger posed by her volatile, paranoid lover infuses the novel with tension. In the end though, the most tragic threat lies closer to home. 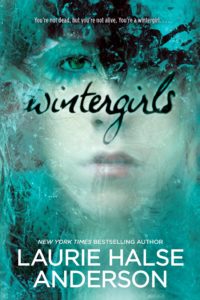 The terrifying shadow of “hell on the hill New Seasons…” a facility for the treatment of eating disorders hangs over Lia, the teenage narrator of this powerful YA novel. To avoid residential treatment, she must stay above 104 lbs. But when she fails to save her best friend Cassie from a grisly death alone in a motel room, Lia’s disorder spirals out of control. The stylistically inventive narration takes us inside the seductive, twisted logic of anorexia and into the girls’ fatal competition for thinness. “My pink mouse stomach likes to be small and empty,” Lia protests at New Seasons when her foe, food, is forced into her. But the disease has made Lia into a liar; to her family, to the ghost of Cassie and to herself. In fact, her only hope of survival lies in a third stay at New Seasons, even though with medical insurance used up, Lia’s dad will need to re-mortgage his house for her treatment. This book’s heart-breaking insight into teenage eating disorders also recognizes the desperation and determination of parents to save a child who has become her own deadliest enemy.

Carolyn Kirby’s debut novel The Conviction of Cora Burns will be simultaneously published in March 2019 by Dzanc Books the USA and by No Exit Press in the UK. 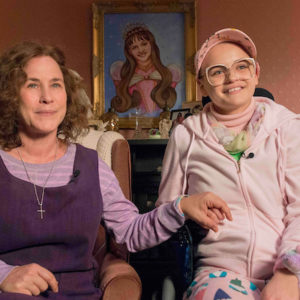 Among the sea of longform true crime to be reported over the past few years, one story stands out: Gypsy Blanchard and the murder...
© LitHub
Back to top