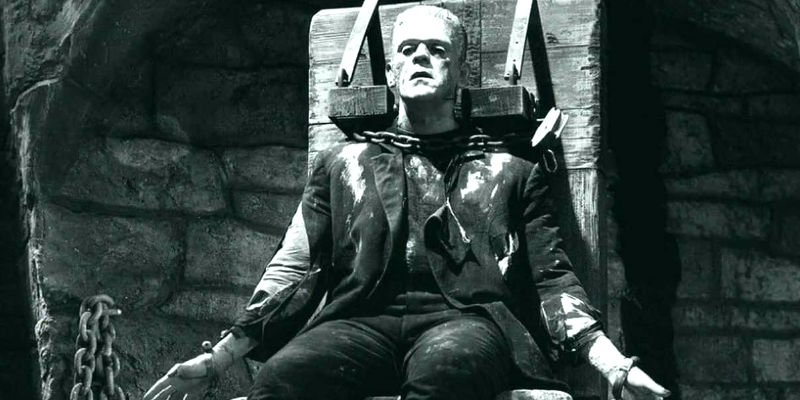 Is Evil Born or Made? Thrillers Weigh In.

The germ of the idea for my latest novel came from my infatuation with infamous crimes and the idea that your next-door neighbor, your teacher, your church pastor could be harboring inner evil. Edie Beckett, the main character in In Her Bones, is the daughter of infamous serial killer, Lilith Wade. When Edie, herself is accused of murder, she must go on the run to prove her innocence.

Nature vs. Nurture is a robust, enthusiastic debate and a common draw for psychologists, true crime enthusiasts, authors, and journalists. Even the psychological studies are unclear. Is there a genetic predisposition to violence? Can it be nurtured into a full-blown psychopathy? I wanted to take this widely discussed topic and turn it inward. Focus exclusively on how this specific set of crimes affected one woman. While the novel itself looks at the aftermath of a child growing up with a psychopathic parent, the theme that emerges is widespread. Is Edie violent and if so, did her genetics or her upbringing cause her (possible) psychopathy?

There is no shortage of fiction that explores this very topic. Much of it focuses on the idea of nature, they feature children who are “born bad,” because the idea that violence can come from nothing apparent is baffling, interesting, and attractive. There’s a certain sense of comfort that exists in the idea that nothing can be done to prevent people from falling through the cracks. To admit otherwise forces us to examine our societal weaknesses and take corrective action. Most of these novels take on the subject in a careful and nuanced way, acknowledging the way our heredity and environment intersect and result in multi-faceted, complicated villains—my absolute favorite kind.

(ALL the spoiler alerts here. We can’t talk about most of these without talking about endings and twists, so consider yourself warned!) 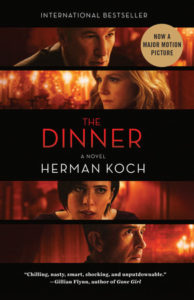 The Dinner is an interesting choice, as it’s not blatantly about nature vs. nurture. It’s a five-course meal between a couple and the husband’s brother, wherein they discuss a heinous crime jointly committed by their prospective sons. Throughout the course of the dinner a nasty crime is revealed, those who we thought were good turn out to be evil (although I’ll say that no one appears to flip from perceived evil to “good”, necessarily), but the biggest surprise of all: one big ole family of psychopaths. And apparently, a magical genetic test to determine psychosis in-utero. This novel delves into inherited evil and proposes a future where evil can be “screened for.” Scary, right? 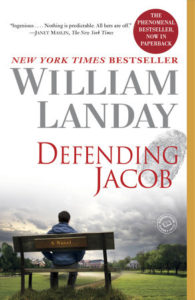 When an assistant district attorney’s fourteen-year-old son, Jacob, is accused of stabbing a classmate in the park and killing him, it’s a classic courtroom drama set up. Except when the boy’s father reveals that his own father has spent his life in prison for rape and murder, the theme of the story takes a drastic turn. After Jacob is seemingly and suddenly exonerated, the family takes a trip to Jamaica to reconnect. Another death occurs, and we are left wondering: did Jacob inherit his psychopathy or was it a product of his overindulgent, and perhaps not as stable as we’re initially led to believe, childhood? 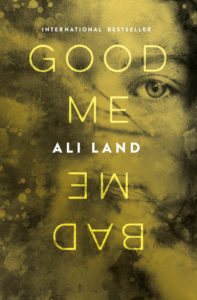 Good Me, Bad Me, by Ali Land

Milly is a child, just fifteen, and the daughter of a serial killer who she turns in and later, testifies against. Millie gets a new life, she’s shunted into the system, fostered by an affluent family, a fancy private school where she is bulled by the daughter of her foster sister. Good Me, Bad Me really tackles the nature/nurture question, settling on the probably answer: a little of both. Milly’s mother is so horrifically abusive that it’s impossible not to include environment in the equation.

Told in alternating perspectives, a mother and her unbalanced and possibly murderous seven-year-old daughter, Hanna. Suzette tries everything to get her daughter to behave but Hanna is hell-bent on destruction of her mother. She wants a happily ever after with Daddy! This novel was endlessly disturbing, mainly because it plays directly into the nature/nurture debate. Suzette and Alex are both upstanding citizens (if not flawed in their own ways, but certainly not murderous). So where does Hanna get her evil from? Is it nurtured by her happy, oblivious father and increasingly frustrated and impatient mother? Or is it something she was born with? 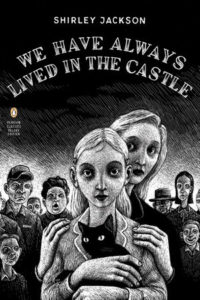 Castle has one of the most spine-tingling openings I’ve ever read: “My name is Mary Katherine Blackwood. I am eighteen years old, and I live with my sister Constance. I have often thought that with any luck at all I could have been born a werewolf, because the two middle fingers on both my hands are the same length, but I have had to be content with what I had. I dislike washing myself, and dogs, and noise. I like my sister Constance, and Richard Plantagenet, and Amanita phalloides, the deathcup mushroom. Everyone else in my family is dead.” Merricat Blackwood is the young, unreliable narrator of Jackson’s last novel and only the most obtuse reader won’t guess she’s a sociopathic murderer. Merricat’s motivation for killing her entire family via arsenic poisoning is never made clear but from the beginning Merricat is treated with contempt by her family, threatened to be sent away, or blatantly ignored. Her sister Constance, fares no better. On second thought, I’m not quite sure that Castle belongs on a list that implies innate evil. I’m not sure Merricat (or Constance for that matter) are evil at all, because I’m not sure their entire family didn’t deserve to be poisoned. Maybe I’m just willing to list this book in any book round-up that I can. It’s that creepy, bizarre, haunting, and utterly, wonderfully disturbing. For me, this one slots in the nurture column. 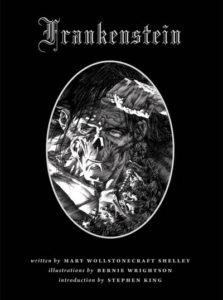 A nature vs. nurture debate wouldn’t be complete without the quintessential horror/sci-fi/gothic thriller. Is the monster made “bad” or is he driven to evil acts because he’s been tormented, isolated, and abused? There are endless college term papers you can peruse to get the five-to-seven thousand word answer but it’s always been very clear to me: nurture wins this one in the end. Evidence? Frankenstein stops stealing his neighbors food when he realizes they are unhappy with being hungry and driven to poverty. He stays away from humans because he realizes that he’s unwittingly causing terror. He learns to speak English. He becomes fixated on Felix and Safie’s life and relationship. Only after their rejection does the monster revenge against all human beings. 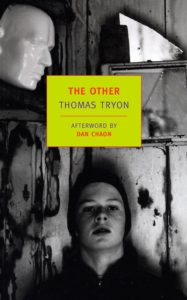 The Other, by Thomas Tryon

Holland and Niles Perry are identical twins in a small New England town. Niles is kind, anxious to please, considerate, while his brother Holland is cruel, contentious, and sociopathic. Taught “mystical transference” by their grandmother, they practice “the game”: projecting themselves into other creatures. Birds, roosters, even plants and flowers. It’s almost a cliché! The evil twin, the docile, innocent brother. A game in which one twin can absorb the personality of the other. There are murders and missing babies and one twin is dead, but which one? When the twist is revealed, it’s obvious both brothers are disturbed and probably psychopathic. Considering they’re twins, growing up in bucolic countryside with attentive parents and a present grandmother? Let’s say this one falls squarely in the nature camp. 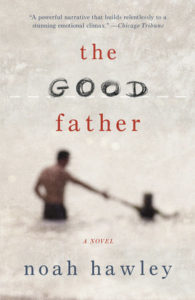 The Good Father, by Noah Hawley

A divorced, unassuming doctor in his 40s is home watching television with his family one night when he sees a news segment on a mass murder. Another day, another news cycle, right? But this time, the assassin is his drifter son, a product of his first failed marriage. On the surface, Dr. Allen is a respected, esteemed head of a department at an Ivy League medical hospital. The victim of the shooting is a presidential candidate. Dr. Allen is shocked: his son is a good kid, popular, well-adjusted. The stand-out part of this novel is that it’s hardly a thriller. It’s a portrait study of a selfish man, the acts committed against his family and the lasting, irrevocable repercussions of those actions. A lot of marriages end and their children don’t become murderers, this is true. I’m willing to split this one down the middle: a predisposition to violence and a somewhat neglectful, drifting childhood can explode into hurt and anger when a person is left unmoored.

Kate Moretti is the bestselling author of six novels and a novella. Her first novel, Thought I Knew You, was a New York Times bestseller. The Vanishing Year was a nominee in the Goodreads Choice Awards Mystery & Thriller category for 2016 and was called “chillingly satisfying” (Publishers Weekly) with “superb” closing twists (New York Times Book Review). Moretti has worked in the pharmaceutical industry for twenty years as a scientist and enjoys traveling and cooking. She lives in Pennsylvania in an old farmhouse with her husband, two children, and no known ghosts. Her lifelong dream is to find a secret passageway. 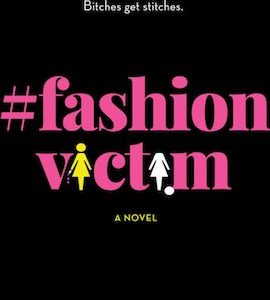 Three blonde PR girls with iPads stood behind a velvet rope, slowly checking people in. I waited for one to glance up. “Hi,...
© LitHub
Back to top