The Best New and Returning Podcasts in the World of Crime

Now that the second millenium has exited its adolescent years (and perhaps moved into the “adulting” phase?), it’s time to ring in the decade with a crop of brand-new and returning true-crime podcasts. Here’s what’s on tap for 2020: 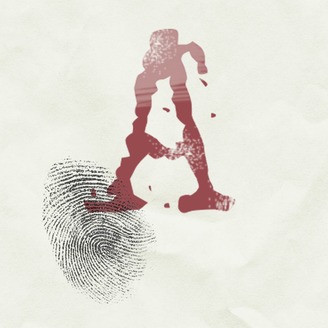 While seasons 1 and 2 of Accused tackled the unsolved murders of two Cincinnati-area women (recent Miami University grad Elizabeth Andes and Newport, KY grandmother Retha Welch respectively), it’s unclear whether the subject of season 3 was even murdered in the first place. Mix the was-it-murder-or-suicide question with a dash of government cover-up conspiracy theory and you’ve a recipe for binge-worthy listening.

On the night of June 18, 1984, 39 year-old David Bocks left for his job as a pipe fitter at the Fernald Feed Production Center. The divorced father of three never came home. The next morning, Bock’s remains (including bone fragments, a two-way radio, eyeglasses, and keys) were discovered inside a 1350° F furnace.

At the time, N.L.O. (as the Department of Energy-owned plant that employed Bock was known) was one of the few US facilities that processed high-grade uranium for use in nuclear weapons. What’s more, N.L.O. had secretly been leeching millions of tons of toxic uranium dust into the area surrounding the plant. It’s rumored that Bock knew of N.L.O.’s misdeeds—and that fears over his potential whistleblowing are what led to his death. But was Bock’s death really the result of foul play? After all, he reportedly had mental issues and had attempted to take his own life in the past.

Using her signature of mix of in-depth investigative reporting and dogged can-solve determination, veteran Cincinnati Enquirer reporter Amber Hunt takes a deep dive into the vat of intrigue that is this case. 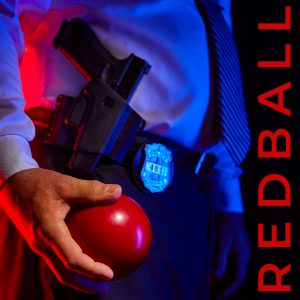 A new four-part standalone podcast from Crime Junkie host Ashley Flowers, Red Ball examines the 41 year-old cold case known as the Burger Chef Murders. On a Friday night in November 1978, four young employees of Indianapolis-area fast food restaurant vanished. This case—which began as a robbery-kidnapping when money was found to be missing from the restaurant’s safe—morphed into a murder investigation upon the discovery of the teens’ bodies in a rural area forty minutes outside of town.

What sets Red Ball apart from other true-crime podcasts is the fact that Flowers isn’t just watching the case unfold from the sidelines: she’s actively involved in the investigation. In this podcast, Flowers (a board member of Crime Stoppers of Central Indiana) teams up with Indiana State Police investigator Bill Dalton to re-examine old leads, debunk rumors, and apply 21st century technology to this decades-old case. 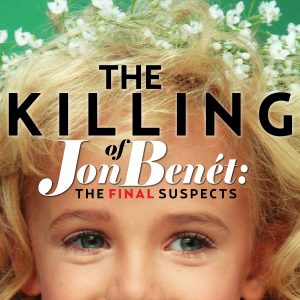 The Killing of Jonbenét Ramsey: The Final Suspects (Endeavor Audio)

From the creators of The Killing of Marilyn Monroe and Fatal Voyage: The Mysterious Death of Natalie Wood comes a new podcast that reopens the infamous 23 year-old cold case. Hundreds of hours of media airtime have been devoted to the Jonbénet case, so what makes this podcast different (and, more importantly, worth your ear-time in 2020?)

For one, The Killing of Jonbenét Ramsey is not just a rehashing of old, covered-ad-nauseum material. It’s a fresh look at the case—one afforded by the list of suspects left behind by lead investigator Lou Smit. When Smit died in 2010, he left a mysterious legacy—the names of those he thought were most likely to have murdered the six-year-old beauty queen.

Using this list as their starting point, The Killing of Jonbenét investigative team (which includes Jonbenét’s father and brother along with veteran 48 Hours producer Doug Longhini) tracks down the “final suspects” one by one. The 12-part series will not only examine (and, in some cases, interrogate) previously uninvestigated suspects from Smit’s list, but also shed light on never-before-seen DNA evidence. 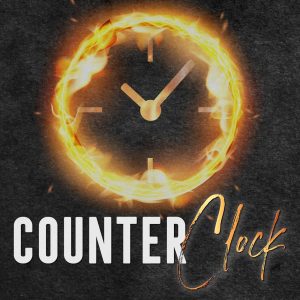 Who killed Denise Johnson? That question has haunted the residents of Kill Devil Hills, a picturesque Outer Banks community in coastal Dare County, NC, for the past 22 years. In 1997, 33 year-old Johnson’s stabbed, lifeless body was found inside a burning building. To this day, her case remains unsolved.

In this podcast from the producers of Crime Junkie and Red Ball, journalist Delia D’Ambra winds back the clock to 1997 in the hopes of kindling the investigative embers of this ice-cold case. D’Ambra has the journalistic chops and insider know-how needed to bring a fresh perspective to such a difficult case. The Dare County native (whose day job is as an on-air reporter for Southwest Florida NBC-affiliate WBBH-TV) is the daughter of the former police chief of nearby Manteo, NC. In Counterclock, D’Ambra provides listeners with a new look at the case, complete with freshly dug up clues, previously unreleased interviews, and technological advancements that may finally reveal Denise’s fate. 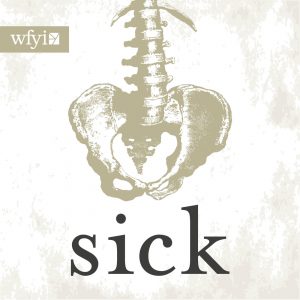 The final years of the 2010s saw the rise of genetic genealogy—employing the powerful DNA-analysis wizardry of sites like AncestryDNA, MyHeritage, 23andMe, and GEDMatch—to solve cases that had gone Antarctic cold (here’s looking at you, Golden State Killer.) But what about those DNA-embedded secrets that hit a bit closer to home? The not-so-murderous (but nonetheless earth-shattering) ones that sometimes come to light when we send off our spit in a tube?

Meet Dr. Donald Cline, the once-renowned Indianapolis fertility specialist whose tangled family tree became the subject of intense media scrutiny when it was revealed that he had used his own sperm to “help” his patients conceive—without their knowledge or consent.

Sick (a collaboration from Indiana’s WFYI, PRX, and Side Effects Public Media) examines the seamier side of the healthcare industry. In Season 1, hosts Lauren Bavis and Jake Harper present us with deep dive into the not-so-good doctor and his extremely ethically questionable decision making (as of press time, Cline’s offspring count is over 50.)

If you’re looking for easy answers, Sick won’t provide a lot of those. Instead, Bavis and Harper excavate the murky moral territory that arises when those who take an oath to “do no harm” do just the opposite. 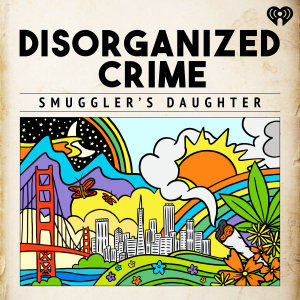 2019 marked the 50th anniversary of Woodstock, the three-day upstate New York music and arts festival that played host to such countercultural luminaries as Janis Joplin, Jimi Hendrix, Arlo Guthrie, and the Grateful Dead. If you want to keep the spirit of ‘69 alive in 2020, break out the patchouli (and your earphones) and settle in for the long, strange trip of Rainbow Valentine.

Valentine (not her real name, though I promise she’s a very real person) grew up in Mill Valley, CA during the ‘70s and ‘80s, in an affluent home with loving and involved parents. At fourteen, she learned exactly how her parents financed their comfortable lifestyle: her dad was a successful pot smuggler (“successful,” as in 60,000 lbs of weed and hundreds of thousands of dollars stashed around the house). Her parents, whose double life emerged from their participation in the countercultural movement of the ‘60s, kept up their smuggling business for 22 years and risked apprehension when the War on Drugs reached its height during the ‘70s and ‘80s. This podcast marks the first time Valentine’s parents have spoken publicly about their involvement in the illegal drug trade.

Through interviews with Valentine’s parents and their various smuggling underworld associates, Smuggler’s Daughter delivers a potent, psychedelic brew of true-crime high jinx, humor, and countercultural references that will send you straight back to the Age of Aquarius. If you need more of a reason to listen to this new podcast from iHeartRadio and School of Humans, consider this: Valentine’s mother reportedly dated members of the Dead, took part in Ken Kesey’s Stanford acid tests, and gifted Janis Joplin with the music legend’s signature rabbit-fur hat! 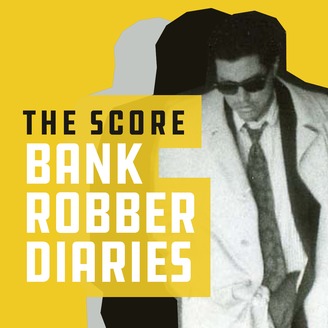 If character-driven podcasts are your thing (think Slate’s 2019 offering The Queen, or even good ‘ol Serial), you won’t want to miss out on season 1 of The Score.

Meet Joe Loya, one of the most prolific bank robbers in Southern California history. Over the course of 30 months, Loya robbed 14 banks, to the tune of over $70,000. To say that Loya is not your typical bank robber would be an understatement: a voracious reader, Loya could quote Nietzche from memory and learned Latin and Greek under the tutelage of his preacher father. What’s more, Loya never once held up a bank teller at gunpoint. Instead, it was his intimidating presence—one honed as a result of childhood humiliations, familial conflict, and time spent in prison—that allowed him to successfully carry out his exploits.

In Bank Robber Diaries, you’ll hear from the man himself—along with a host of ex-lovers and other associates—as he unspools the unbelievable tale of his infamous spree. Come from the heart-pounding, adrenaline-soaked thrills, stay for the electrifying personality that is Joe Loya. 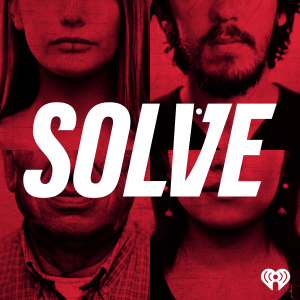 If you’ve listened to all the true-crime podcasts on offer, perhaps it’s time to dive into the fictional (but no less exciting!) world of Solve.

In this new “interactive” fiction podcast (whose storylines draw inspiration from real-life cases), you the listener are the detective, and it’s up to you to piece together the evidence and crack the case. If you’re looking for edge-of-your-seat drama (and want a more active role than the after-the-fact spectatorship that characterizes most true-crime podcasts), consider Solve your all-access pass behind the yellow crime-scene tape. You’ll be transported inside interrogation rooms, where you’ll come face to face (well, ear to voice) with suspects. If you liked the style and structure of Gimlet Media’s Homecoming (with its strung-together phone calls, voicemails, and recorded conversations), give Solve a listen.

What to Watch in January: Your Guide to the Month's Essential Crime TV 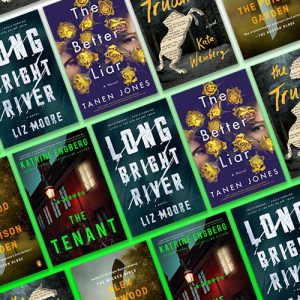 Here we are: brand new year, brand new decade, and some new names on our psychological thrillers list. There are three of strong...
© LitHub
Back to top