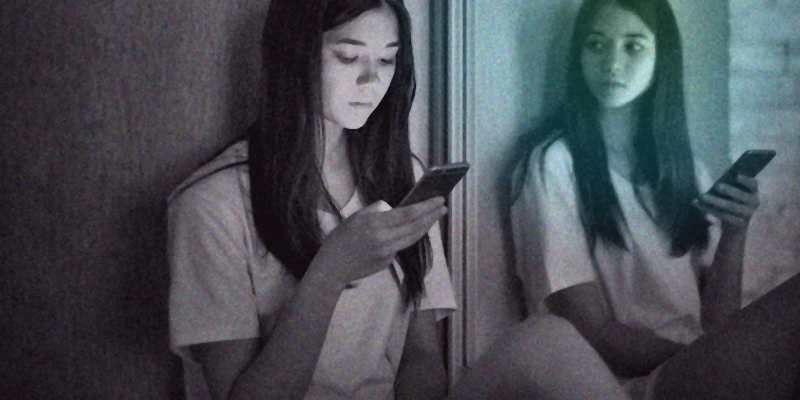 "A trope can be as complex and metaphorical as a labyrinthine haunted house, or as a simple as the image of a bloody knife."

When I set out to write Frightmares, my upcoming Young Adult horror novel, I wanted to channel the fun, freaky feel of a 90s slasher movie. I wanted my readers to find their favorite elements of those movies in its pages, while still delivering surprises, jump scares, and satisfying twists. I was not, however, writing an actual slasher movie; I was writing a book, and deploying tropes in written fiction means using a different set of tools to satisfy that slasher movie craving. Apart from the cover, various design elements, and the occasional sketch or illustration, authors rely on words instead of visuals. Enter an element any horror story would arguably be lost without—the trope.

A trope is defined by Merriam-Webster as “a common or overused theme or device,” which, while technically accurate, doesn’t do justice to the weight of its job. Horror in itself is a genre built on tropes, and pop-horror in particular is an especially visual, visceral subgenre, relying heavily on trope usage in a structure and formula fans expect: the familiar; the recognizable; the reliable.

A trope can be as complex and metaphorical as a labyrinthine haunted house, or as a simple as the image of a bloody knife. When you select a book or movie based on its jacket copy and cover image, you’re trusting that the inside will match the outside. You see that knife on the book cover, you know you’ll find it, or its metaphorical equivalent, somewhere in the pages—and if it doesn’t show up, don’t you feel cheated? Well-executed tropes are used in horror stories for that specific reason: to deliver on those promises and evoke the feelings triggered by the introduction.

Effective trope use does, however, often require going beyond the basics. The techniques of trope usage in horror writing, as opposed to visual media, rely primarily on setting, mood building, plot twists, and tension to produce those promised chills. Some of my favorite tropes to use when writing horror are also my favorite to read, because they nearly always deliver the same impact across all forms of media.

– Deconstruction or inversion of a trope. Dismantling a common archetype and turning it on its head can push a seemingly simple trope beyond the limits of the expected. Is the golden boy hero hiding a terrifying secret? Is the creepy, reclusive janitor actually the only thing standing between his small town’s tranquility and a descent into chaos? Creating the expected impression of one, then flipping it into something else, can be quite effective. The trope of the creepy child as used in Bayona’s The Orphanage, for example, is made more horrifying by the tragic nature of its existence. Would the creepy child be anywhere near as creepy if its poignant origin was explained from the first? Or does the horror of the tragedy itself transcend the initial creep factor of the child, resonating with the audience in a deeper, more existential sense? An unexpected backstory can evoke a much more haunting, deep-seated terror than is a simple jump scare or menacing figure.

– Fear of the Unknown, or the building of tension using the looming threat of the unseen. Setting the scene and letting the reader’s imagination do the work can serve to conjure up terrors that may or may not be worse than what’s actually happening on page. This trope can be used to set up a false alarm situation, foreshadow a later threat, or misdirect the reader’s attention from the real danger, that may well be right in from of them.

– The Unreliable Narrator. When you can’t trust your own eyes/thoughts/judgment, what can you trust? Not the narrator, who’s entire job is to be the reader’s best hope at seeing the world inside the story. Setting the scene through the eyes of a character who can’t be relied upon to report things as they are throws everything else into question and can be used to set up anything from plot twists, to betrayals, to other effective trope inversions.

– A Character’s Bad Choices. Sure, I could write a book in which every character uses the finest in stone cold logic and makes good, morally solid decisions—but where’s the fun in that? Half the appeal of a horror story is experiencing the frustration as a reader that comes from knowing the best course of action yet having no control over the character’s actions, and being swept away by a series of worsening life choice. Of course our hero shouldn’t call out a wavering hello while descending heedlessly into that dark basement. You know that; I know that; even the hero knows that. But locking the basement door and waiting outside for the cops to arrive doesn’t make for much of a story, does it?

– This Very Normal Thing is Suddenly Off (and I’m not talking about that basement light switch). That moment of reveal—when the driver keeps up a friendly stream of chatter while turning casually in the wrong direction; when you see the doll’s head, which you know was facing the window, is suddenly facing the wall. When the monster’s mask slips just enough to indicate a problem, but rights itself in such a way that you aren’t sure if the face you glimpsed beneath it is real or imagined. Skewing tiny details in casual, unexpected ways is my favorite way to inspire uncertainty or discord in reality.

A trope you’ve seen a thousand times before can still get the job done specifically because you’ve seen it before. It’s been tested countless times, used against scores of hapless protagonists, and it still works, because it delivers exactly what it promises—which is exactly what the audience wants to see. Why sit through The Texas Chainsaw Massacre if you aren’t in a chainsaw type of mood? Why is that medicine cabinet open at all if the serial killer doesn’t appear suddenly in the mirror the second the victim closes it?

You knew that was coming, right? Of course you did—we all did. The Mirror Scare trope is a classic. Medicine cabinets have been reflecting serial killers across various media for literal decades, with largely predictable results. And yet, it works over and over again, in part because It’s such a predictable scare. You know the deal as soon as you see that cabinet; you know something terrible is about to happen, and your body reacts accordingly. Your adrenaline may spike. You might get that sense of creeping dread, or that hot-and-cold build-up of anticipation.

Then again, you may not care at all about that medicine cabinet. Maybe Body Horror is what keeps you up at night, staring at that oddly-shaped shadow in your room. Maybe it’s the sudden wrong twist in the smile of the friendly neighbor, whom you’d trusted completely until his Game Face dropped. Some people (you know who you are) won’t break a sweat at the sight of razor-tipped claws but have to leave the room at the slightest whiff of anything clown-like. All of those arguably horrifying images are depictions of their own specific tropes, and all of them pack their own unique punch, based entirely on an individual’s preference. Personal aversions, fear triggers, past traumas, and ingrained phobias all play a part in a trope’s impact. What may terrify some people may be only mildly creepy to others—or, not scary in the least.

But even if you, brave as you apparently are, aren’t affected by any of the above examples, chances are you recognize every last one of them. You can’t help but brace for it every time, and even when things go exactly as you expected, it still delivers the desired payoff of a jump scare, or an adrenaline rush, or the perfect level of creeping dread that lingers long after the initial impact. Like how some people may have secretly watched That One Episode of The Twilight Zone in the 80s, and now harbor an irrational fear of ventriloquist dummies well into 2022. But is it irrational? Is it, really? That’s the beauty of even the most clichéd trope—it’s the gift that keeps on giving. 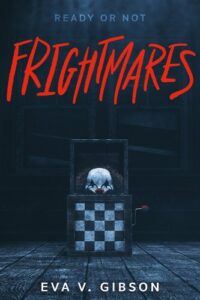 Eva V. Gibson is the author of Together We Caught Fire and Where Secrets Lie. A bookworm since early childhood, she has routinely gravitated to the dark and gritty, reading, then writing, stories with grim themes and flawed, complicated characters. She lives in Northern Virginia with her family, and spends most of her time brooding, baking, creating, and parenting, awaiting the day her kids read her books with equal parts excitement and trepidation. Her new novel, Frightmares, is now available from Underlined Press. 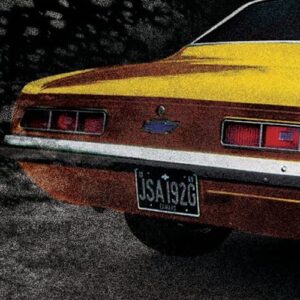 Another week, another batch of books for your TBR pile. Happy reading, folks. * Rachel Howzell Hall, We Lie Here (Thomas...
© LitHub
Back to top