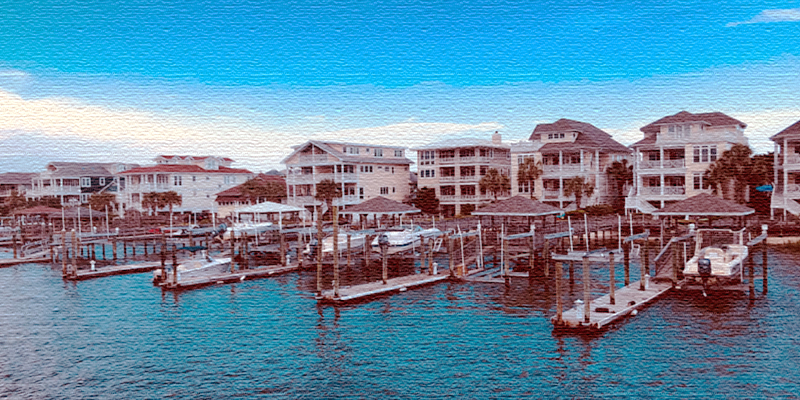 A Beginner's Guide to Waterfront Cozies

Relax and feel the breeze with these seven mysteries set along the water's edge.

The lull of waves lapping to shore. The scent of salty breezes, suntan lotion, and saltwater taffy. Flip-flop warm summer days with no agenda. This is the hidden promise when I find a cozy mystery with a waterfront cover. Instantly, I sense respite and escape, with a sprinkle of intrigue tucked inside. The waterfront setting. I desire it, in both reality, and fiction, and I know I’m not alone. We readers want this. Don’t we? We long for it. What is it about those cozy mysteries with the waterfront covers that lures us in? Doesn’t matter if it’s a sandy beach, a rocky cove, or a lake hidden within the pines. Doesn’t matter if it’s saltwater, fresh water, or a rambling river through a quaint town. I don’t know about you, but I’m seeking out waterfront cozies for my next beach read. I’m desperate to go there, both in my imagination, and reality. It’s what drives me to write about them too. Pack the beach bag and sign me up!

Is it because the water boomerangs me to my youth? Memories of extended family vacations spent along the jagged coastlines out east are often resurrected to the forefront of my mind. Or is it deeper than that? What is it about the water? Is it the way it breathes with me, and soothes my weary soul? Is it something that resonates deep within my being, reminding me of how small I am, and that there’s a greater power at work here? Something. There’s just something about the water…if only I could put my finger on it. Regardless, I love it, and I pine for it like a long-lost lover. Maybe that’s why I’m always choosing books that have a lighthouse on the cover, or a familiar looking shoreline, reminding me that I’m not alone. If you’re anything like me, choosing a book revolves around these seaworthy things. I’ve complied a list of favorites to help you out. 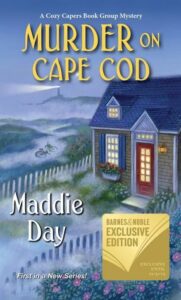 Growing up on the east coast, trips to the Cape were a summer ritual. Especially during my teen years when the shiny new driver’s license afforded a pack of kids a secretive trip there. I’ll admit, I might’ve even snuck over the Sagamore bridge a time or two. (This was prior to cell phones. A time when parents didn’t actually have a time stamp on their children.) In any event, I loved traveling across the bridge again and meeting “Mac” the bike shop owner protagonist, who biked me through the hydrangea flanked backroads of the cape, as we solved a murder investigation. 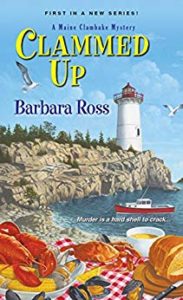 Clammed Up: A Maine Clambake Mystery by Barbara Ross

Many of my early summers were spent at my aunt and uncles house in York Harbor Maine. As soon as I saw Barbara Ross’s Maine series, I had to jump aboard. It brought me back to my grade school days, when I’d meander the cliff walk to the beach, holding tight to the leash of my uncle’s Golden Retriever. Let’s just say, Barbara Ross captivated me with book one. There are now nine books in the series and counting, so I guess I’m not the only one who loved it! 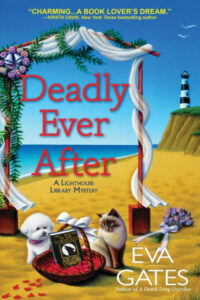 Deadly Ever After: A Lighthouse Library Mystery by Eva Gates

If you love the sea, you love the mystique of the lighthouse and anything about its keeper. The two legitimately link hand in hand. Throw a library in the lighthouse, and I was smitten at page one! When the protagonist, Lucy finds that a first edition (priceless!) Jane Austen novel is stolen and someone from the library board murdered, she’s thrust into investigation mode. A page turner for sure! 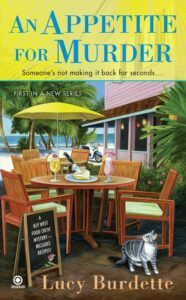 An Appetite for Murder: A Key West Food Critic Mystery by Lucy Burdette

Let’s travel a bit south, actually to the southernmost part of the United States. Something about this book gives me the Jimmy Buffet vibe, like I just wanna sit back with a cold drink and soak in the words. It makes me crave key lime pie; despite the fact someone was murdered from it. I’d say it’s worth the risk. 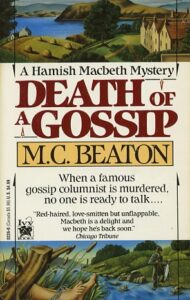 Death of a Gossip: A Hamish MacBeth Mystery by MC Beaton

Set in the fictional lakeside town of Lochdubh, Scotland, MC Beaton sets up a whopper of a series. Beaton introduces us to Hamish Macbeth who instantly becomes an all-time favorite character. Thirty-two books later, I need not say this series is a winner! I loved it from book one. 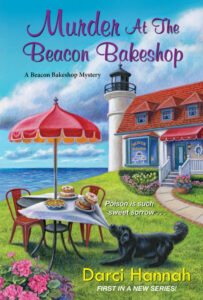 On the shores of lake Michigan, in Beacon Harbor, Hannah sets up a new favorite series. Maybe I have a soft spot for lake Michigan, since I’ve recently relocated to the bay of Green Bay. That’s what initially drew me to the series. After book one, I’m officially hooked… Hook, line, and sinker. I’ll be following this series closely. 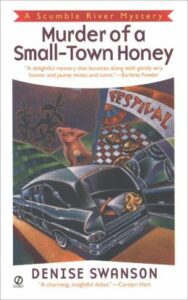 Murder of a Small-Town Honey: A Scumble River Mystery by Denise Swanson

Just “river” stated in the title, led me to this series. And I’m not alone. According to Wikipedia the books in the Scumble River Mysteries series are all in multiple printings and many have featured in Barnes & Noble Mass-Market Mystery, IMBA and BookScan Bestsellerlists. They have also been BookSense 76 Picks and Top Picks for RT Magazine, as well as nominated for the Agatha Award, the Mary Higgins Clark Award, and the Reviewers Choice Award. Need I say more? How do I top that glowing list of recommendations?

I hope you enjoy this list of waterfront reads as much as I have. Look for me out on the beach. I’ll be the one under a big umbrella, lathered in suntan lotion, deeply engrossed in a waterfront cozy. 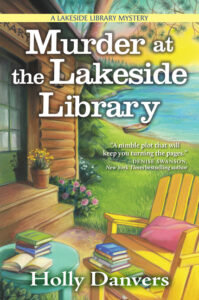 Holly Danvers grew up devouring every mystery novel on the shelf of her local library. She lives with her husband and three chickens in the Midwest, where she's already plotting her next novel. Her latest mystery, Long Overdue at the Lakeside Library, is now available.

In Victorian London, Dr. Thomas Neill Cream Was a New Kind of Killer 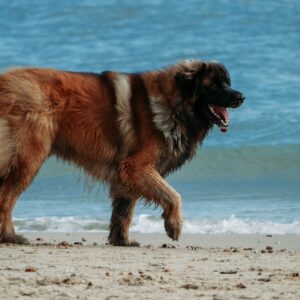 My writing career began with seventeen standalone crime fiction novels, including Oblivion, End of Story, A Perfect Crime,...
© LitHub
Back to top