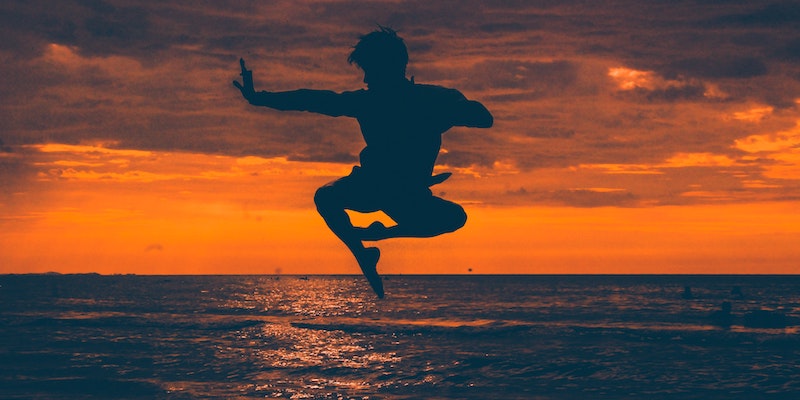 "A good fighter is a strategist...If you’re writing a skilled character, show that strategy."

I’m a 4th Degree Black Belt and Certified Instructor of Taekwondo. I trained and taught as a career for over 20 years. I also write suspense novels, and it drives me a little nuts whenever I read a fight scene that isn’t realistic. It’s probably hard to write a fight scene if you’ve never trained or never been in a fight. A lot of people fall into that category, so here are a few tips on mistakes to avoid.

1. You think movies are accurate.

In a lot of ways, they are not. We all love watching those movies that are all about the tough guy/girl who kicks butt over and over. Sometimes, those scenes will go on for 30 minutes. The problem? Who has that kind of stamina? No one. Even top fighters have to catch their breath. Fighting is like sprinting flat out, maybe worse with all the adrenaline—you get tired really fast. If you’ve ever watched MMA or boxing, you’ll notice the fighters conserve energy as much as they can. They’re not stupid. They know they can’t afford to waste energy. And yet in the movies, the actors never seem to get tired. Might have to do with the fact that the actors throw like 3 techniques and the scene cuts. They’re not doing those scenes straight through.

The moral? Do not model your fight scenes after movies. Readers often have a lower threshold for inaccuracy than moviegoers. Don’t annoy them.

2. You assume tough guys can take an endless beating.

Even the toughest of tough guys are human. You hit them hard enough and in the right spot, they’re going to feel it. This goes hand-in-hand with point 1 above. There are a lot of movies where fight scenes are two really tough people trading blow after blow and barely seeming to notice. If they’re really that tough, their punches would have an impact.

And don’t solve the problem by simply not letting your tough guy get hit. But he/she is just that good, you might be thinking. No one is that good. Everyone gets hit in a fight. Unless he’s fighting Pee Wee Herman. I took a knife defense seminar once from a Korean master who’d patrolled the North Korean border when he was in the South Korean military. They had to use knives because they technically weren’t allowed to be there, and a gunshot would alert others to their presence. He said rule number one was you’re going to get cut. Accept it at the beginning and go from there. Same thing in hand-to-hand. You’re going to get hit. It’ll be more believable if your character takes a few shots.

3. You don’t give enough detail—fight scene equivalent of talking heads.

HOW did John punch? Where did he punch? Did the strike connect? What did it sound like—a crack, a thud? Did John miss his target, hit the wall behind Jack instead, and pain radiated through his hand and up his wrist? Can he no longer strike with that fist, and now he has to use elbow strikes and left-hand punches? Did Jack slip on the wet pavement and barely catch his balance? Are there any bystanders? What are they doing? Egging them on, trying to help one of the fighters, calling the police? Is it raining and cold, or is the sun gleaming off a metal roof and blinding John? Add detail, but of course, make sure it’s relevant and contributes to the action.

4. You don’t know your strikes.

You don’t have to be Jackie Chan, but we can do better than Whack-A-Mole. You don’t have to have characters that do butterfly kicks and flying sidekicks. In fact, if you don’t know what those are, please don’t try to put them in a book. However, you don’t have to stick to punches only. Fights are messy. People are going to use whatever is at their disposal. I don’t necessarily mean picking up random objects and striking with them, although that’s certainly an option. There are hundreds of different ways to strike using your hands, elbows, knees, feet, etc. A few examples to try (other fighting styles may have different names for the same techniques):

Unless your character is well trained, those are the basic techniques I would stick with, for the most part. But remember, it doesn’t have to be clean. Fights are messy. Maybe they fall and round kick from the ground to try to sweep their opponent. Maybe they get grabbed in a bearhug from behind and try everything from a back elbow strike that’s really more of a wiggle, to a hammerfist slipped back to the groin. You can use these techniques in endless and messy ways.

5. You don’t know your targets.

You need to know where to hit to cause maximum impact, and conversely, where you can get hit without overwhelming impact. This will help you to more accurately write reactions to being struck. Hitting the pec area isn’t going to cause a ton of harm, nor the upper back, upper arms/shoulders, or thighs—there are ways to cause pain anywhere on the body of course, but for certain areas, it takes more knowledge and skill. Here are some prime targets to aim for.

6. You think every person and body type makes for an equal fighter.

Women can fight. Don’t ever believe they can’t. BUT a slender female is going to have to fight differently than a 200-pound man. Power is speed multiplied by mass, and females have less muscle mass than men. It’s just science. Therefore, female or small-framed fighters have to be better technicians and smarter. I write a lot of kick-butt female characters, and they know their targets and the best striking tools. They know they often have to evade rather than try to block some huge guy and get knocked down. They know they have to be quick and light on their feet.

A good fighter is a strategist. He/she will pay close attention to their opponent. They’ll pick up on their strengths and weaknesses, what their tendencies are. Do they have a really good long-range skillset, but weak close in? Get in close and stay there. Do they telegraph certain techniques? Counter those techniques and use it against them. Are they strongly dominant on the right? Move around to force them to use their left. A good fighter is very often patient and will strategically choose when and how to attack. If you’re writing a skilled character, show that strategy.

The best thing about learning how to write a fight scene, is you just picked up on some basic self-defense. You probably feel like some of those strikes you can do, and now you know where to target those strikes. If someone wants to take your purse, give it to them—it’s not worth it. BUT, for the ladies out there in particular, if someone physically attacks you, my advice is to go freaking crazy. Show aggression, not fear. Even if they have a weapon, do NOT allow yourself to be taken to a secondary location—that’s where really bad things happen. FIGHT. Hit over and over and over. Keep struggling. Scream. Gouge eyes. Bite. WHATEVER you have to do, do it. Until you can get to safety, DO NOT STOP. 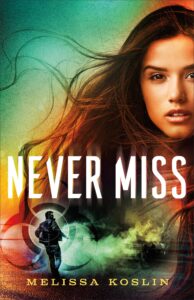 Melissa Koslin is a fourth-degree black belt in and certified instructor of Songahm Taekwondo. In her day job as a commercial property manager, she secretly notes personal quirks and funny situations, ready to tweak them into colorful additions for her books. She and Corey, her husband of twenty years, live in Jacksonville, Florida, where they do their best not to melt in the sun. Find more information on her books at MelissaKoslin.com.
http://MelissaKoslin.com 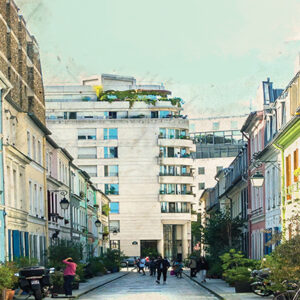 I am a person who has to travel. It’s in my blood. So the last year of isolation was especially hard for me. Fortunately...
© LitHub
Back to top