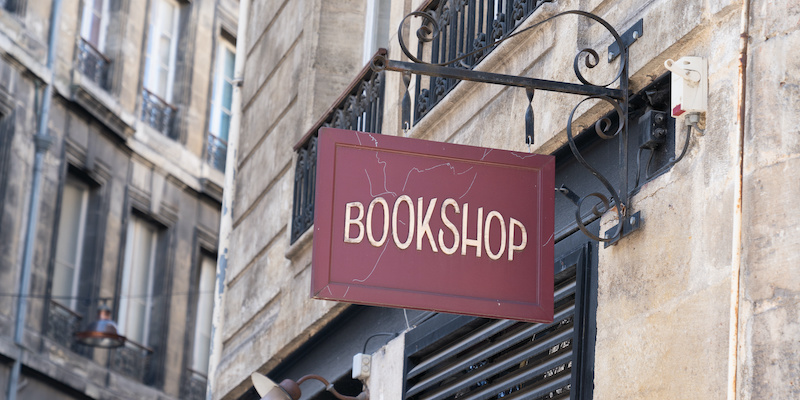 A Deep Dive Into the History of Bibliomysteries

Or, a host of crime novels featuring libraries, bookshops, the publishing industry, and the world of collecting.

Both readers and authors of crime fiction are likely to be drawn towards “bibliomysteries,” a word which is unlikely to be found in a dictionary, despite supplying the title for a fascinating monograph by the legendary American editor, publisher, bookseller, and bibliophile Otto Penzler. Penzler readily accepted that the term is apt to be defined in a subjective way, and said: “If much of the action is set in a bookshop or a library, it is a bibliomystery, just as it is if a major character is a bookseller or a librarian. A collector of rare books…may be included. Publishers? Yes, if their jobs are integral to the plot. Authors?

Tricky… If the nature of their work brings them into a mystery, or their books are a vital clue in the solution, they probably make the cut.”

The uncertainties of definition make it difficult to identify the “first” bibliomystery. One candidate, favored by Penzler, is the little-known Scrope, or, The Lost Library, which was published as long ago as 1874 by Frederic Beecher Perkins, in his day a prominent editor and librarian from a well-known American family, but which is long forgotten by crime aficionados. Much of the action of the story takes place in a secondhand bookshop and at book auctions.

Another early example of this type of story was “The First Customer and the Florentine Dante,” by Fergus Hume, which was included in Hagar of the Pawn-Shop (1898), a collection of puzzles investigated by a female detective, Hagar Stanley. Hagar is confronted by a riddle concerning a second edition of Dante’s La Divina Commedia. During the twentieth century, the bibliomystery became increasingly popular, particularly (but by no means exclusively) in the United States. Just after the end of the First World War, Christopher Morley published The Haunted Bookshop, a popular light thriller crammed with book lore. As the critics Jacques Barzun and Wendell Hertig Taylor pointed out in their monumental reference book A Catalogue of Crime, at the end of the story “the hero characteristically remarks: ‘Thanks to that set of Trollope, I think I’m all right.’”

On the other side of the Atlantic, Helen Simpson and Clemence Dane collaborated on Printer’s Devil (1930), in which a publisher called Horrie Pedler is found dead at the foot of the twisted staircase leading to her London flat. (It has to be said that, over the years, many crime writers have succumbed to the temptation to kill off publishers in their fiction; I leave it to readers to deduce why that may be.) In the story, a manuscript goes missing, and there are rumours that it contained many secrets known only to Horrie and the author. This is an unorthodox novel, which features the authors’ actor-detective Sir John Saumarez, but is as much a comedy as a mystery.

In E. C. R. Lorac’s These Names Make Clues (1937; to be reissued by Poisoned Pen Press in November 2022 as a British Library Crime Classic), Chief Inspector Macdonald is invited to a treasure hunt party by a publisher called Graham Coombe; the fun is cut short when the body of thriller novelist Andrew Gardien is discovered. The same year saw the publication of Clifford Witting’s debut novel Murder in Blue, a whodunit about the killing of a policeman, set in a thinly veiled version of Sussex and narrated by a likeable bookseller, John Rutherford.

The publishing business in Britain has supplied the background to a good many crime novels, several of them written by authors who, like Simpson, Dane, Lorac, and Witting, were members of the Detection Club. Examples include Nicholas Blake’s End of Chapter (1957), a case for Blake’s regular detective Nigel Strangeways, and P.D. James’s Original Sin (1994), in which Adam Dalgliesh investigates the murder of Gerard Etienne, head of the Peverell Press.

Bookshops make a delightful background for detective puzzles. The little-known Death of Mr. Dodsley (1937) by the Scottish author John Ferguson concerns the murder of a bookseller in his shop on Charing Cross Road, a case investigated by the private detective Francis MacNab as well as Scotland Yard. The poet Ruthven Todd produced a series of detective novels under the name R. T. Campbell in the 1940s, including Bodies in a Bookshop (1946), in which two corpses are discovered in the back room of a bookstore in central London; the amateur criminologist Professor John Stubbs helps Chief Inspector Bishop of the Yard to unravel the mystery. Bernard J. Farmer, a former policeman, published Death of a Bookseller in 1956. The crime is solved by the dogged bibliophile Sergeant Jack Wigan, and the text is crammed with book-collecting lore.

One of the most intriguing premises for a murder mystery puzzle concerns a crime story where the fictional events are somehow mirrored in real life. An early example of this type of story was Murder Rehearsal (1933) by Roger East, an accomplished author whose forays into the genre were regrettably infrequent. A likeable young crime writer, Colin Knowles, has an admiring secretary, Louie, who notices a series of links between a book Colin has been working on and three apparently unconnected recent deaths. What follows is rather far-fetched, but the final twist offers a pleasing and unexpected revelation. A later and more sophisticated variant on the same theme is to be found in John Franklin Bardin’s The Last of Philip Banter (1947). The eponymous Banter is an advertising man with marriage trouble and a drink problem. He finds a typed manuscript on his office desk, apparently typed by himself, which confuses past and future. It describes what is going to happen as though it had happened already. Then the “predictions” start to come true…

Bardin’s focus was on psychological suspense, and the same is true of Renee Knight’s recent bestseller Disclaimer (2015). The terrifying flavour of the opening is captured by the tagline on the cover: “Imagine if the next thriller you opened was all about you.” Catherine Ravenscroft, a middle-aged woman who has pursued a highly successful career in TV, finds a novel called The Perfect Stranger on her bedside table; she doesn’t know where it has come from, but starts reading, and finds to her horror that it tells a story about the most horrific experience of her own life, one she had believed was safely buried in the past. We soon discover that the author of the mysterious book is a man called Stephen, a retired teacher whose wife has died recently, and who is pursuing an agenda as a result. Stephen’s obsessiveness and mental disintegration is revealed gradually, while Catherine’s own seemingly perfect life begins to fall apart.

A number of authors have developed a specialism in various forms of bibliomystery. Examples among American crime writers include Elizabeth Daly, whose series detective was the bibliophile Henry Gamadge; the academic Amanda Cross, a pen-name for Carolyn G. Heilbrun; and John Dunning, while their British counterparts include the Oxford don J.I.M. Stewart, who wrote detective fiction as Michael Innes; Bruce Graeme, who wrote a series featuring bookseller-detective Theodore Terhune; and Robert Barnard, who takes aim at authors of romance in Death in Purple Prose aka The Cherry Blossom Corpse (1987). George Sims, two of whose novels have appeared in the British Library’s Classic Thrillers series, was a professional bookman whose expertise in the field is evident throughout his work in the field of crime fiction.

Murder by the Book brings together examples of the bookrelated mystery from a variety of notable practitioners, including E. C. Bentley, famous as the author of the legendary country house puzzle Trent’s Last Case; A.A. Milne, who in addition to creating Winnie-the-Pooh was a founder member of the Detection Club; that highly accomplished plotsmith Christianna Brand; Michael Innes; Julian Symons, several of whose postwar crime novels have been published as British Library Crime Classics; and the highly prolific John Creasey, who founded the Crime Writers’ Association in 1953. Anyone who enjoys books in general and crime fiction in particular will find rich variety and entertainment in this sub-branch of the genre. As a lifelong fan of bibliomysteries, I’ve derived a good deal of pleasure from researching this anthology and I hope the range of stories and information supplied here will encourage readers to make further discoveries of their own. 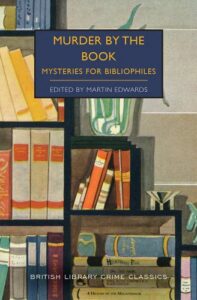 From the introduction to MURDER BY THE BOOK: MYSTERIES FOR BIBLIOPHILES, part of the British Library Crime Classics series. Introduction copyright © 2022 by Martin Edwards. Reprinted by permission of the publisher, Poisoned Pen Press. 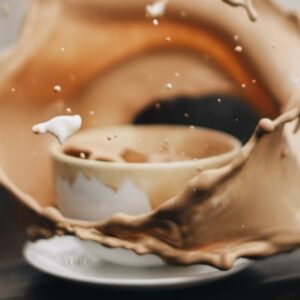 I love messy women. I always have. There’s just something so compelling about a female character trying to fix her life...
© LitHub
Back to top