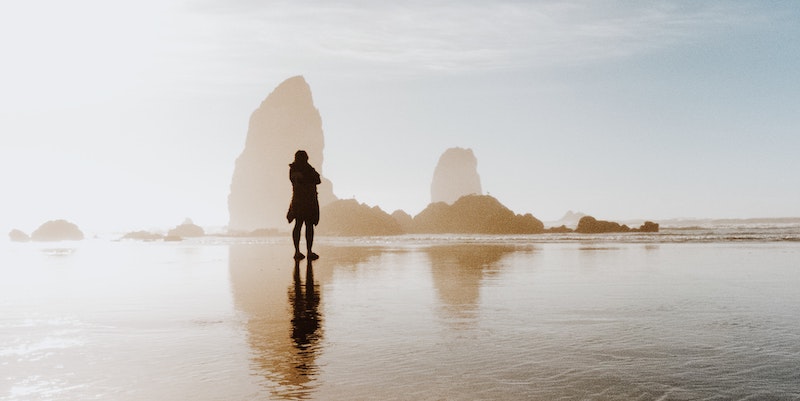 I always knew that my grandfather was a spy. But it wasn't until just before my mother died that I learned she was one too.

My favorite game as a young child was spies. I loved the hiding, the heart-pounding thrill and fear of discovery. I recruited all my friends for it, even if they’d rather have been swimming or eating ice cream. When I was an adolescent and my mother told me her father had been a spy, I was gobsmacked. I developed this idea that it must be something genetic you could inherit. No wonder I loved that game when I was little, I told myself. My grandfather was a spy! Then, nothing. Never heard another thing about it. What he did as a spy, where, when. All closed books to me. Nothing. A dark void. Because he was a spy. Secrecy ruled his life, and sloshed over into mine.

Only recently I re-read a book my mother’s sister put together of letters from my great-grandmother, all written before and during World War Two, and there were the code words: “Your papa is off on one of his courier jaunts.” “Your papa will be away for a while.” And then I got a cache of photos from before the First World War of him as a young man, and his mother, a fierce, aristocratic woman who looked like she could bend steel with her teeth. He is good-looking in the photo, athletic, suave, with an impenetrable expression.

My mother always said he was a hard man; disdainful, critical, aloof, possibly violent towards her mother. He spoke perfect German and Russian, and like many English businessmen in Latvia he traded in flax. But his real game was to pass himself off as a German businessman, through two world wars and all the time in between, doing his actual business—trading in secrets until he was found out. With the pictures there was a tiny cutting from a German-language Latvian newspaper that fluttered to the floor when I opened the envelope. His death notice. A simple notice: name, date of death, he is mourned by his family. Nothing about how he got there. But my great-grandmother knew. He was arrested by the occupying German forces, imprisoned, interrogated, beaten, and then tossed onto the road to die at home. She said in a letter to my aunt that he died of an “illness.”

By the time I was a grown up I was beginning to understand that if spying has genetic underpinning, it turns out I didn’t get those genes. I’m a weenie of the first order. I can barely even watch those TV shows where a beautiful spy has broken into a hotel room to case the joint, while footsteps are coming down the hall. That sort of adrenaline does nothing for me. I have to go to the fridge for a snack till it’s over.

Then, in my fifties, just before my mother died, I learned the shocking truth, that she, who had little love for her father, had elected to support the war effort by becoming a spy herself.

It was my mother after all, the one who had once hitchhiked to Alaska with interstate truckers all on her own, leaving two kids behind. Of course she was a spy.

The thing about my mother is that she was what is called “larger than life.” Not sound in parenting skills (though she got the idea somewhere that she was supposed to keep her children alive, which she did manage.) Her real self was not about being our mother. Her real self was all about being brilliant and beautiful, a gifted linguist, seemingly immune to fear. I spent my childhood in continual adventures of her creation, driving to Mexico and back every year following my father around. In my twelfth year we drove the Pan-American Highway before it was built, all the way to Nicaragua. We were shot at by border guards in Guatemala, nearly arrested for a road accident in El Salvador, fended off men trying to get into our room in various hotels, raced across the border in the dead of night, with guards shouting after us, to escape a revolution in Honduras. My father always assumed she was at home in Canada looking after the kids, and never got used to us arriving in some remote mining camp, bedraggled and dusty after having just avoided bandidos in the desert.

So when she mentioned to me that she’d been a spy, I confess I wasn’t as shocked as I could have been. It was my mother after all, the one who had once hitchhiked to Alaska with interstate truckers all on her own, leaving two kids behind. Of course she was a spy.

She and my father, married only three years when the war broke out, lived in South Africa because he, like many British sons of that period, loved the wide-open colonial possibilities of Africa. The South Africa of the time was a turbulence of a place. Apartheid hadn’t started yet, and the real fight that mattered to the white colonials was the bitter one between the English and the Afrikaners, the Dutch settlers. Neither one took Africans into account at all.

The war had a confusing profile in South Africa. The Afrikaners sided with Germany, but the country was nominally a British colony, so the ports were a strained maelstrom of both British and German military. Ships slipped into ports, gassing up, taking on provisions, German and English officers tensely avoiding each other’s cocktail parties. That’s where my mother came in. Beautiful, glamorous, nerves of steel, with her perfect German. Her assignment was to pass herself off as a German girl and entertain German officers to get information. The same cover her father had used.

Spies, or maybe just my mother, are pathologically secretive, even after more than fifty years. My research told me that anyone who did that sort of work for the British was bound by the Official Secrets Act pretty much for life. Even when she did tell me, she shared maddeningly few details. Indeed, she laughed it off as if it had been a youthful lark.

But the other thing I learned about my mother then is that she was actually afraid of things, but she never let fear command her actions. This was because her awful father (sorry, Grandpa) had accused her when she was a little girl of being “a dreadful little coward.” She was determined to make him eat his words, to prove to him, to herself, that he was wrong. Every act in her life was a resistance.

I imagine now what it was like to be her, on the job. To dress, your heart pounding, in your most fetching cocktail dress, do your hair, perfect your lipstick, slip a gold compact into your little bag and turn up at an Axis do of an evening. Finding your mark among the impeccably uniformed German officers, charming everyone, all the time knowing that if you are discovered it is imprisonment at the very least. Sitting with your crossed legs attractively encased in silk stockings, cocktail in hand, cigarette gracefully held aloft by your face, mind racing to find ways to learn something that will be useful to your handlers. Trying to avoid being manhandled too much, but allowing just enough to get something you needed.

The picture is glamorous. The beautiful, daring spy. But the reality is terrifying, a deadly game for keeps. Women died of it. And I know something else: I could never, ever do it. I am a dreadful little coward, and I’m not afraid to admit it.

So what would make a woman, whom I thought I knew, take up spying? Growing up in a culture where one did one’s duty certainly played a part. There may have been a meeting at the embassy with women like her; upper class, linguistically gifted, easy on the eye. They’d all have been going to the same parties before the war, so they were ready and on hand. Perhaps it was made to sound easy. Up flew the hands to volunteer.

I bet, knowing her, that she did it because her husband was flying his Sunderland bomber over the North Atlantic, and she didn’t want to sit around at home. It would be a doddle. She spoke German, had socialized with Germans extensively as a young woman in Latvia. But then, the reality. The constant tension. The having to pump oneself into the right frame of mind, over and over. I cannot think of a circumstance that would induce me to place myself in that kind of continual danger.

Of course it is my mother who inspired Lane Winslow. She has all the daring characteristics of my mother. And my mother, when it was all over and it was time to return dutifully to the kitchen, could never completely give up the seductive dangers of the war, and so created a life of embracing risk and adventure. Lane Winslow, who did her spying in Europe, cannot either, and throws herself into all the thrill and peril of confronting miscreants and solving crimes. 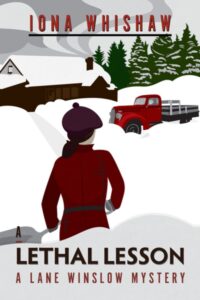 Iona Whishaw is a former educator and social worker whose mother and grandfather were both spies during their respective wars. She lives in Vancouver, British Columbia, with her husband. Visit her at ionawhishaw.com. 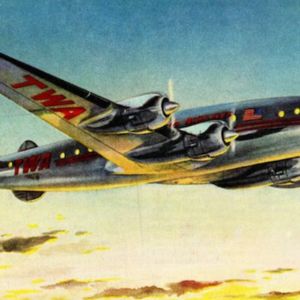 For those of us obsessed with them, stories about skyjackings offer retro fascination, criminal ingenuity and daring, and,...
© LitHub
Back to top