It’s petty. But I always feel grumpy when I walk past the Metropolitan Museum of Art and see those big red umbrellas and the fountains emblazoned with the name David H. Koch. Andrew Carnegie gave us the New York Public Library. The Vanderbilts gave us the Metropolitan Opera, because they were too new money for a box at the Academy of Music. The Guggenheims built that nice round museum. Now those were robber barons worthy of the name. If you’re going to hog the wealth and buy up all the politicians, it should take more than a few umbrellas.

It’s become commonplace to observe that we are living through a second Gilded Age. They had John D. Rockefeller and the monster monopoly of Standard Oil. We have Amazon, which sucks up an astonishing 49% of e-commerce. They had Stamford White who raped poor Evelyn Nesbit when she was a teenager, with the tacit permission of her mother. We have Michael Jackson. Gilded Age One saw an explosion of newspapers, peddling scandal and partisanship. Gilded Age Two has social media. They had yellow journalism, we have fake news.

The percentage of foreign born in the U.S. population is 13.5%, the highest since 1910 when they made up 14.7%. Then as now, waves of immigrants brought dynamism, innovation, labor to fuel growth—as well as native anxiety and exploitation.

The similarities between then and now make The Gilded Age of Astor and Morgan a perfect time to set a mystery series. “Look, they’re just like us but they dress so much better!” We tend to think of it as described by Edith Wharton and Henry James, a pre-war Eden of men with impressive facial hair and women with glossy pompadours and spectacular hats.

But it’s also a spectacularly violent era in which Americans could be quite sanguine—even celebratory—about the slaughter of their fellow citizens. Then as now, we were a very divided country. We had just come through the Civil War. The end of Reconstruction meant the end of Federal troops in the South, leaving black citizens at the mercy of white supremacists. Immigration, and the emergence of a new kind of wealth created more divisions. Rich vs. poor. Urban vs. rural. Native vs. immigrant.

Then as now, there was a growing sense that the issues that divided us could not be negotiated. There would be no compromise where both sides got some of what they wanted and were satisfied. One side would have to win and the other lose—and that contest would probably involve bloodshed. In short, a lot of people came up with what they felt were perfectly good reasons to kill people. And as a mystery writer, I draw inspiration from all of them.

Then as now, there was a growing sense that the issues that divided us could not be negotiated. There would be no compromise where both sides got some of what they wanted and were satisfied.

In 1901, Leon Czolgosz shot President McKinley. Like Guiteau, he had a history of mental instability, but Czolgosz was very clear about his motive. “I killed the president because he was the enemy of good people—the good working people.” There were some who defended his thinking, including Emma Goldman.

The Gilded Age was defined not only by assassination, but by the clash of workers and employers over basic rights. In the 1890s, your average laborer worked sixty hours a week for ten cents an hour. In an era when Mrs. Bradley Martin attended her ball as Mary Stuart, her gown trimmed in lace that, by today’s value, cost $30,000 a yard, that wage might have seemed…unfair. Labor was beginning to make that very point and management and government did not appreciate it. Labor strikes often became labor massacres. The Haymarket Strike caused the death of seven policemen and at least one protester. Nine strikers died at the Homestead strike. 30 people died during the Pullman Strike.

The killings were as often due to neglect as outright murder. The one hundred and forty six people who died in the Triangle Factory perished because the factory owners refused to put safety measures in place. There is cause to believe that they deliberately left the building a fire trap in order to aid a ‘friendly fire’ should they need one for insurance purposes. It worked; while Blanck and Harris had to pay $75 per victim in a civil suit, insurance paid them $400 per victim.

In 1910, the workers of the L.A. Times were trying to unionize. The owner of the newspaper refused. The building was blown up, killing 21 people. The two brothers responsible, J.B. and J.J. McNamara, belonged to the International Association of Bridge and Structural Iron Workers Union. Organized labor was strongly behind the brothers, believing they had been framed. Clarence Darrow took the case. So strong was the feeling on the brothers’ behalf, that J.B. McNamara said, “You see? The whole damn world believes in dynamite.”

As any reader of Herbert Asbury knows, this was also an era of lively criminal activity. Big Jack Zelig could present a price list for services that included Slash on the cheek $1 to $10, Shot in the arm, $5 to $25, Murder, $10 to $100. But murder was also seen as an understandable response to certain provocations by the upper classes as well. When Harry K. Thaw shot Stamford White, he offered White’s despoilment of his wife, Evelyn Nesbit, as justification. The jury didn’t necessarily buy that, but they did find Thaw insane and sentenced him to a fairly cushy stay at Matteawan State Hospital.

In 1904, Floradora girl Nan Patterson shot her married boyfriend, Caesar Young. The police suspected suicide; why they said, the gun was found in Young’s own pocket! Patterson was arrested for murder, but went free after two hung juries failed to find her guilty. “The prosecutor concluded that no jury would unanimously believe that such a sweet young thing could commit so brutal a crime,” said Patrick M. Wall in The Annals of Manhattan Crime.

But back to our own gory gilded age. In some ways, these are calmer times. Presidents are less prone to assassin’s bullets. It is hard to imagine workers at Target or Amazon being shot while on strike. On the other hand, it is hard to imagine them being allowed to strike. But it’s not progress that our mass shootings take place in schools, theaters, and places of worship. Many of the motives behind the killings amount to little more than rank hatred. According to the Southern Poverty Law Center, there are now more than 1,000 hate groups operating within the U.S. A young white man walks into a church, murders nine people. A man walks into a synagogue, kills eleven—the same week, a man sends pipe bombs to prominent politicians and members of the media. A brief wallow in social media shows that many feel political and cultural divides give them license to treat others with contempt. Even threats of violence.

Or, as James McNamara might have said, “The whole damn world believes in dynamite.” 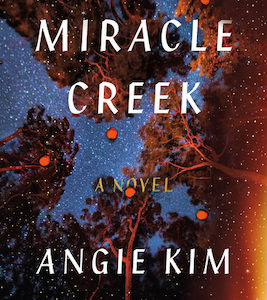 He would've given anything not to be here today. Maybe not his entire right arm, but certainly one of its three remaining...
© LitHub
Back to top