A Love Letter to the Late, Great Charles Grodin

I write a sporadic column for this website entitled “The Unlikely Stars of Noir” in which I register that an actor not normally considered to be a denizen of crime cinema has actually made a career out of appearing in such films. It might seem that the purpose of this column is to present information that everybody already knows in a way that they might not have thought about before, but what it really is is an excuse for me to revisit the canons of my favorite, talented character actors: highlighting the range of the performers I admire the most, who, chances are, appeared in their fair share of movies about murder and other crimes. Much to my regret, I have lapsed in submitting an intended entry dedicated to the career of one of my favorite performers of all time, the stage and film actor Charles Grodin, whom I have just learned has passed away at the age of eighty-six. And so, in lieu of a list pointing out crime film highlights of his varied career, please join me in toasting the great actor: the ultimate comic master of stony deadpan, shifty-eyed treachery, disdainful glaring, and long-suffering “why me?” exhaustion; the hysterical patron saint of the tightly-wound, the gutless, and the perpetually unamused.

In addition to acting on Broadway and in many films, Grodin was a theater director, a writer of books and television, an avid campaigner for racial justice (specifically working to eliminate Rockerfeller-era drug laws), and spokesperson for the Innocence Project. But I only knew him from movies. My generation might remember him best as the tetchy, wearied father in the 1992 “we got a ludicrous dog” movie Beethoven. Culturally speaking, his first big claim to fame was his performance as the shallow, scornful protagonist in Elaine May’s odd romantic comedy The Heartbreak Kid from 1972. My boyfriend remembers him best from one of his earliest roles as the young recreant doctor in Rosemary’s Baby.

Grodin spent his career unfurling the unique, pent-up zaniness of the “straight man” character—the alienating, isolating, often torturous nature of being the only normal, rational, calm person around, while everyone else is going insane.

But readers of this site in particular might remember him best in the 1988 buddy-crime-comedy Midnight Run (which I rewatched last night in his honor). Grodin plays the chatty, pesky, health-conscious, pantophobic accountant Jonathan “The Duke” Mardukas, hauled cross-continentally by bounty hunter Robert DeNiro after embezzling $15 million from the mob, donating most of it, getting arrested, and then skipping bail. I never have been able to get over Grodin’s perfect cocktail of neurotic eccentricity, blanket over-concern, and quiet wiliness. He’s annoying yet likable, a seeming-poindexter but a secret troublemaker—so aware of the madness of the world, but maybe a little mad, himself.

This shtick—being so sane that he is in fact a little insane, or the other way around—was a particular specialty of Grodin’s, wielded most perfectly throughout the 90s in countless appearances on late-night talk shows with Johnny Carson and David Letterman, where he acted unimpressed to the point of aggressive irascibility, hilarious crotchetiness, and downright disdain. In a career playing many suburban everymen and mid-level professionals (businessmen, government agents, accountants, ad men, middle-aged dads), he brought normalcy to its edge, allowing accreted decorum and reason to splinter into madness.

I think the first time I saw Grodin was as the jewel thief who falls in love with Miss Piggy in 1983’s The Great Muppet Caper (a performance which resulted in him writing a hysterical retrospective article for Vulture thirty years later alleging a “real-life” affair with the Muppet). But my favorite Grodin performance might be as the murderous assistant in Elaine May and Warren Beatty’s oft-forgotten comedy Heaven Can Wait from 1979. The film adapts the 1941 film Here Comes Mr. Jordan, in which a mix-up in heaven causes pro-quarterback Beatty to die before he’s meant to and requires him to temporarily take up residence in a newly-dead body (that of a wealthy industrialist who has just been murdered by his wife Dyan Canon and his secretary Grodin) while the angels (James Mason and Buck Henry) sort everything out. Jack Warden and Julie Christie are in it. It’s great. I love it. ANYWAY, the thing I love about Grodin’s performance in particular is how relentlessly calm he is, playing against (and often clapping hands over) Dyan Canon’s shrieking, guilt-ridden Lady Macbeth.

These two, lovers as well as co-conspirators, don’t know why the man they’re trying to kill keeps thwarting their murder attempts (and they certainly can’t guess it’s because they HAVE succeeded at killing him, it’s just that someone else’s soul has taken over the corpse they’ve made), but Grodin’s unperturbed, stolid, even obsequious presentation around Beatty, the man he is viciously plotting to dispatch, is a source of relentless comedy. As he evenly attempts to explain away the increasingly clear markers of their murderous guilt, his explanations get more and more far-fetched, yet he speaks them as placidly as if he’s commenting on the weather, even though he’s shoveling shit and everyone knows it.

Grodin’s onscreen cowardice and quiet deviousness knew no bounds. In 1987, Hal Hinson of The Washington Post wrote regarding Grodin’s turn as a duplicitous CIA agent in Elaine May’s once-panned cult classic Ishtar that “Grodin has a one-of-a-kind quality on the screen, a sort of inspired spinelessness. And with his cat-burglar rhythms — he seems to play all his scenes as if someone were asleep in the next room — he’s become a very sly scene-stealer.”

The particular genius of Grodin’s oeuvre, though, is his lifelong experimentation with what happens when one is so much, too much of a straight man. Grodin was never in a formal comedy duo with any one performer, but often played the stick-in-the mud, the self-imposed arbiter of order and organization, whose devotion to those concepts caused the comic conflict at hand. He was always the foil, often the fogey, digging his heels into the inherent antagonism of it. In Vincent Canby’s 1981 New York Times review of The Incredible Shrinking Woman, in which Grodin had one of his first leading roles and faced off with Lily Tomlin, the critic worried that “Mr. Grodin is in danger of becoming typecast as the man who feeds straight lines to comediennes, but he’s very good.” But rather than rest in his talent for that trope, Grodin frenetically burrowed into it. He spent his career unfurling the unique, pent-up zaniness of the “straight man” character—the alienating, isolating, often torturous nature of being the only normal, rational, calm person around, while everyone else is going insane.

For his characters, it’s often only after cracking (if not going too postal in the process), that real, meaningful human connection is possible. Otherwise, they’re simply stuck glaring from across the room. Which, always, is just as funny. RIP.

The Art of Writing About Psychopaths: A Roundtable 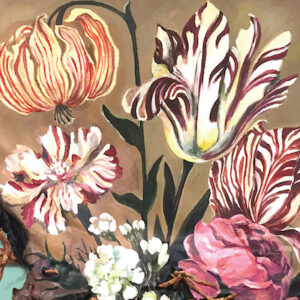 Publishers, booksellers, and many readers like to know the genre of a novel. Where will it sit on the bookstore shelf? How to categorize...
© LitHub
Back to top