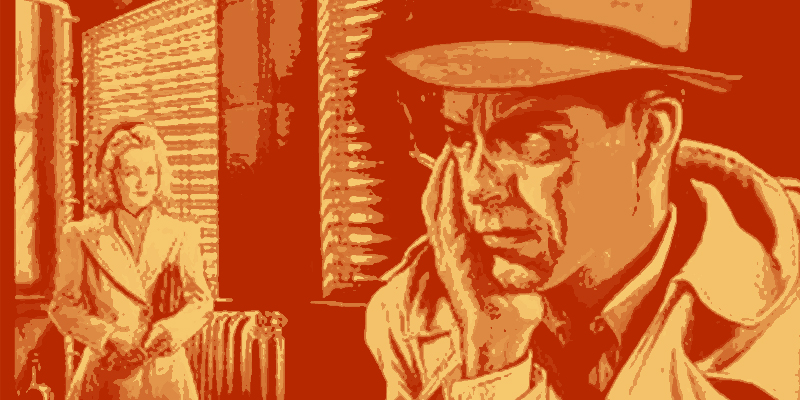 Breaking down the essential ingredients of crime fiction in five perfect thrillers.

As a writer of thrillers, but more importantly, as a reader of thrillers, I’ve begun to imagine the ingredients that would go into making the perfect hardboiled detective novel—a classic of the genre that would seduce anyone who happened to open the cover on a whim and read the first few paragraphs. And having seduced that everyman or everywoman, would hold them captive until the last word and then haunt them as readers forever.

What ingredients and how combined? How stirred, folded, melted, blended? How heated to perfection, rare or well-done? What is the recipe, and is it written in blood?

In contemplating the prescription for the perfect crime novel, I decided that we should borrow—or better, yet steal outright—ingredients from the very best crime writers. So, in that spirit, I’m nominating five crime novels that have had a profound effect on me, and in each case, seeking to identify what element in that particular classic we need to fold into the perfect gothic thriller. Before I unveil my list, however, I’d like to point out that these five books come out of fifty plus years of crime writing and represent a wide variety of styles and interests. What they have in common, however, is the elemental cynicism and ambiguity of the true noir.

As inspiration for the perfect thriller, I nominate the following:

Note that this is, as it should be, a bulleted list.

Of all the possible nominees by Dashiell Hammett, why The Thin Man? I would argue that what sets it apart is the partnership of Nick and Nora Charles (and lest we forget, their little dog, Asta). Nick, trying-to-be-retired detective, and his socialite wife Nora are so bound up in each other that their dialogue is more like an elegant form of dancing than mere conversation. It’s witty and sarcastic and revealing, particularly revealing of just how much they care for each other. They are a partnership both romantic and intelligent, and watching them move—more than slightly soused—through their world is thrilling. Because of Nick and Nora (note the similarity of their names), I now believe that our perfect thriller must have two ingredients: one, a couple who are busy falling or being in love while simultaneously chasing the killers; and two, dialogue that sings as well as growls.

If it’s difficult to choose one Dashiell Hammett novel from which to draw our inspiration, it’s even more dicey to pick only one Raymond Chandler. But for me, the first Chandler novel, The Big Sleep, is still among the best. The first chapter, wherein Phillip Marlowe visits the Sternwood mansion, constitutes a master class in hardboiled style. The language is clear, hard, precise, like Marlowe himself: “I was neat, clean, shaved and sober, and I didn’t care who knew it. I was everything the well-dressed detective should be. I was calling on four million dollars.” With his seven Phillip Marlowe novels, Chandler had perhaps the most profound influence on mainstream literature of any crime writer, primarily through his precise, gritty, unadorned style—some would say more Hemingway than Hemingway. And it is that style that we must include in our recipe for the perfect thriller. If we stopped at this point and only included Hammett and Chandler in our makings, we would have a powerful prescription. But something important would be missing.

Where do we go to find powerful, instinctive, intelligent women in the world of noir, not just in the role of partners like Nora Charles, but in the leading roles? For that, we need Dorothy B. Hughes’ In a Lonely Place, truly one of the darkest and most unsettling of these classics. This novel is told from the point of view of Dix Steele, a serial strangler of women, rather than the detective who is trying to catch him. In terms of perspective, then, this is one of the earliest and most chilling examples of flipping the traditional point of view from the hunter to the hunted.  Hughes does two things astonishingly well. Despite the gender of Dix, whose perspective we adopt from page one, the novel is full of psychological insight based on the finest details of tone of voice, facial expression, and body language. Not to fall prey to yet another stereotype, but even Dix—the murderer—is a case study in “feminine” intuition. And to top it all off, the two “detectives” who finally arrange for his capture are not police “men” but rather the wife of the policeman and a female accomplice. The femmes fatale in this story are only fatal to the man who’s been killing women. What do we take from In a Lonely Place that will enrich our perfect thriller? Nothing but the power and intellect of a courageous woman.

The next inspiration for the perfect thriller is Black Money, one of the many psychological case studies by Ross MacDonald, staring his quintessential detective, Lew Archer. MacDonald was the pen name of Canadian American Kenneth Millar. Millar’s own family life was troubled by the alienation and death of his daughter, which most critics agree caused MacDonald the mystery writer to become increasingly interested in how the psychological turmoil in some families create the guilt and fear that lead to crime, including murder. I list Black Money here because, in addition to these themes, the novel also concerns itself with wealth and poverty, fate and personal choice. Although earlier writers (like Dorothy B. Hughes for example) examined the inner lives of their characters in great detail, MacDonald was perhaps the first modern crime writer to explore the psychological narrative buried beneath the surface of crime and detection. For MacDonald, the true mystery lay within the characters, not in the outer, sensual world where most punishable crimes are committed. And for me, that is the element that we must add to our recipe for the perfect thriller.

The last thriller on my list is last only in chronology, not in quality. With Devil in a Blue Dress, published in 1990, Walter Mosley introduced us to Ezekiel “Easy” Rawlins, a Black man who works as a day laborer in the Watts area of Los Angeles in the late 1940s. During the novel Easy’s life is turned upside down when he gets involved in the search for a missing woman, and in regaining control while solving the case, he realizes that he has a talent for detection. For going where others can’t go and seeing what others—particularly white people—can’t see. What Easy Rawlins—and his creator, the masterful Walter Mosley—taught us is that neither crime nor detection are the exclusive property of white people, most especially privileged white people. Easy and his sometime partner, the inimitable Mouse, move through a world made doubly treacherous, first by criminals and second by the mere color of their skin. Walter Mosley reminded us that not all hardboiled heroes can be played by Humphrey Bogart. Sometimes, Denzel Washington is required. From Devil in a Blue Dress, we must take the strong tonic of race and racial justice to help complete our perfect thriller.

Imagine, then, the perfect hardboiled thriller. Number one on any able minded reader’s list … for all time. All that’s required is the following (again bulleted):

Imagine the noir cooked up out of those ingredients. Imagine how seductive and imagine how haunting. I, for one, could not resist it. 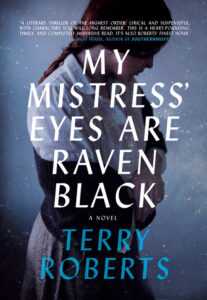 Terry Roberts is the author of three celebrated novels: A Short Time to Stay Here (winner of the Willie Morris Prize for Southern Fiction and the Sir Walter Raleigh Award for Fiction); That Bright Land (winner of the Thomas Wolfe Literary Award, the James Still Award for Writing About the Appalachian South and the Sir Walter Raleigh Award for Fiction); and most recently, The Holy Ghost Speakeasy and Revival (a finalist for the 2019 Sir Walter Raleigh Award for Fiction). Roberts is a lifelong teacher and educational reformer as well as an award-winning novelist. He is a native of the mountains of Western North Carolina--born and bred. His ancestors include six generations of mountain farmers, as well as the bootleggers and preachers who appear in his novels. He was raised close by his grandmother, Belva Anderson Roberts, who was born in 1888 and passed down to him the magic of the past along with the grit and humor of mountain storytelling. Currently, Roberts is the Director of the National Paideia Center and lives in Asheville, North Carolina with his wife, Lynn. 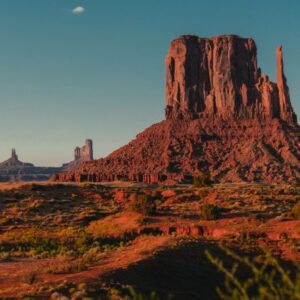 Quite a few eyebrows were raised when I told people that my next novel, Rovers, would be a vampire revenge thriller set in the American...
© LitHub
Back to top