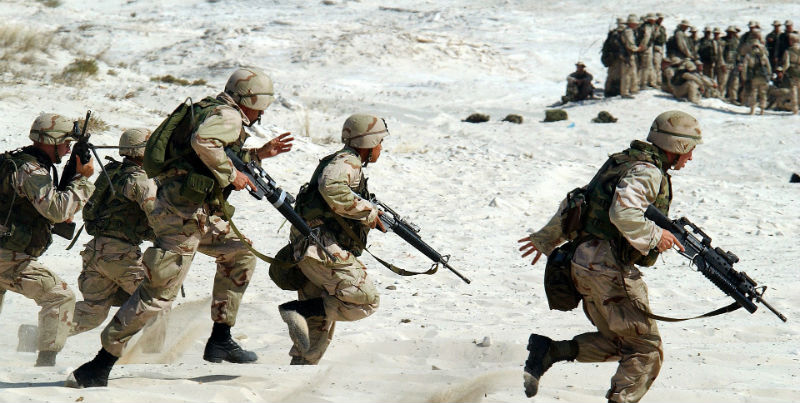 I was lucky enough to grow up in a golden age of thriller novels. America was locked in an ideological war with the Soviet Union, an opponent that rivaled us in both military might and espionage capability. The stakes were as high as they get—literally the continued existence of life on earth and whether free societies would persevere. Brilliant writers like Tom Clancy, John le Carré, and Robert Ludlum—to name only a few—provided readers with nail-biting novels about things that might be happening just outside our view. With every turn of the page, the survival of the West hung in the balance.

Russia’s resources and ambition created a bottomless cookie jar of terrifying scenarios. The Cold War was a chess game in which entire countries and populations might have to be sacrificed in pursuit of that final, elusive checkmate. World War II still loomed in people’s memories and the possibility of an even more devastating conflict was very real. Fevered visions of nuclear annihilation were our constant companions, and many of us still remembered the duck-and-cover drills done in anticipation of a Soviet attack.

The roll of characters was no less fascinating. KGB assassins in possession of nearly superhuman powers. Shadowy manipulators hidden behind Kremlin walls. Brilliant generals with access to secret, next-generation weapons. Internal threats from moles and traitors dedicated to siphoning off our secrets and testing our vulnerabilities. Maybe even the odd beautiful Russian agent bent on distracting our hero from the plot being hatched to destroy America.

The fall of the Soviet Union unraveled the world order that had existed since the end of the Second World War, ushering in a far more unpredictable—and in some ways more dangerous—geopolitical environment. It was a devastating and inexplicable surprise for those who expected an unprecedented period of peace and prosperity. Many people around the world had assumed that the resources Russia and the US had used to stalemate each other would be funneled into cooperative projects designed to move humanity forward.

Unfortunately, that’s not how humanity works. Cold and predictable quickly turned hot and messy. With the push-pull of the great powers gone, simmering regional animosities flared. And America, the world’s remaining superpower, became a target.

Enter terrorism. The unspoken rules that governed conflicts between world powers were out the window and any nut with some basic chemistry knowledge could murder hundreds—even thousands—of civilians. No grand ambition. No overarching strategy. No intricate tradecraft. Just a bunch of homemade explosives and a willingness to kill over some grudge, vague political goal, or ecstatic vision.

The change couldn’t have been more violent or stark, but writers had to quickly adapt to a playing field that even the intelligence community was struggling with. One critical component of thrillers is that they feel real and current. In a way, it’s a genre caught between historical novel and science fiction. We take what’s past and project it onto the near future in a way that, if done skillfully, feels all but inevitable.

Of course, it wasn’t all bad for us. The instability of the post-Soviet landscape offered all kinds of new opportunities for plot-lines and characters but there was a downside: Chaos can be hard.

Two years can pass from initial concept to the day your paperback hits store shelves. If I write about a terrorist attack or the flare-up in the Middle East, will history overtake my story? We were all fairly confident that the Soviet Union wasn’t going to defeat the West during the publication process but that relative stability is lacking where terrorism is concerned.

One critical component of thrillers is that they feel real and current. In a way, it’s a genre caught between historical novel and science fiction.

For me, this isn’t just a theoretical problem. Years ago, I wrote a book called Sphere of Influence that told the story of a major terrorist attack by al-Qaeda on US soil. I felt pretty safe in doing this. Up to that point, there had been very few high-casualty terrorist attacks in the US and almost no one outside the intelligence community had even heard of al-Qaeda. A week after I turned it into my editor, my wife called me and told me to turn on the TV because my book was playing out on the news. It was September 11, 2001.

Despite the complexities and unknowns, though, that’s the job—to seek out the threat that’s just around the corner. As the world’s security agencies have discovered, it’s a task that demands an ever-increasing nimbleness. With the Soviet monolith gone, the world is being swept by an increasing number of smaller, more intense wildfires. After 9-11, we had Afghanistan. Then Iraq. Now al-Qaeda and ISIS ebb and flow as do organizations like Hamas and Hezbollah.

In truth, it became a bit of a soul-crushing game of Whac-A-Mole for the intelligence community, the military, and the people who write about those organizations. The challenges were strangely similar for all of us: identify and neutralize the latest menace without getting sucked into a rabbit hole of religion, tribal affiliation, and thousands of years of history.

But the threats the world faces can always be counted on to shift every few decades and we’re seeing that now. While terrorism continues to be a very visceral danger, Russia’s reemergence as an active opponent to the West once again rearranges the chessboard. In late 2018 and 2019, I think it’s safe to say that Russia will play a large role in thriller literature. We writers are always looking for a new challenge and to give our readers something fresh and exciting to pore over.

It’s the question that thriller writers always have in the back of their minds. If I start a book today, what dangerous new trends will be playing out on the world stage in eighteen months when it goes on sale? The breakup of the EU or NATO? A Korean nuke? A Chinese or Russian land grab?

The cookie jar of terrifying scenarios will remain bottomless for some time to come. Sad for humanity, but not such a bad thing for thriller writers and fans.

Kyle Mills is the #1 New York Times bestselling author of eighteen political thrillers, including the The Survivor for Vince Flynn and The Patriot Attack for Robert Ludlum. He initially found inspiration from his father, the former director of Interpol, and still draws on his contacts in the intelligence community to give his books such realism. Avid outdoor athletes, he and his wife have lived in Jackson Hole, Wyoming, for over twenty years. His latest novel is Red War for Vince Flynn.
http://KyleMills.com 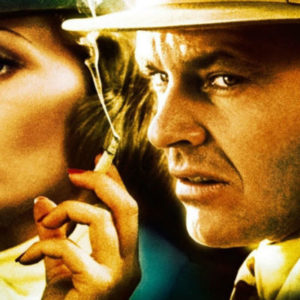 "Down these mean streets (of streaming), a man must go who is neither tarnished nor afraid." The streaming era is a boon...
© LitHub
Back to top