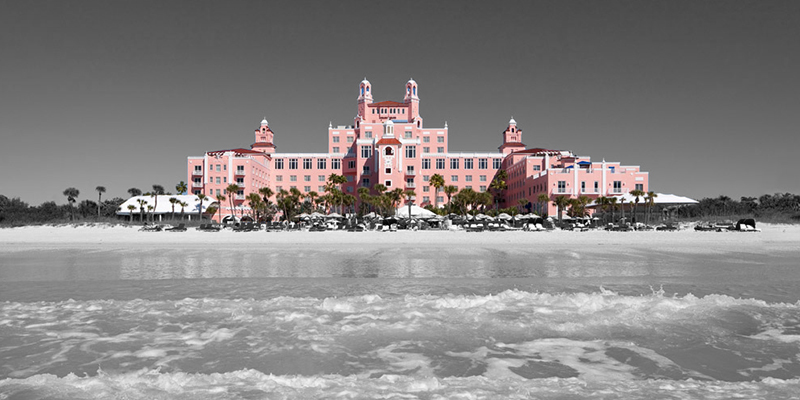 Chasing Ghosts in the Sunshine State

Whenever longtime New England friend Maryanne pays a visit to the Tampa Bay area of Florida, we always arrange for a get-together, however brief.  When Maryanne announced that she’d be staying at the nearby town of Gulfport, we agreed to meet for lunch at her hotel—the historic Peninsula Inn.

It happened that I was in the planning stages of a new paranormal mystery, and had come up with a loosely-structured plot involving a young woman who inherits a haunted Florida hotel. Turns out the Peninsula Inn is haunted—by a gentle ghost named Isabelle—along with her little ghost cat. It took only a few minutes on the Peninsula’s wrap-around front porch for Gulfport to become a significant part of my imaginary town of Haven and for the Peninsula to become a model the Haven House Inn. Both are quite recognizable in the first book in my Haunted Haven series, Be My Ghost.

My protagonist in the series is Maureen Doherty, who, along with her golden retriever, Finn, travels to Haven, Florida to take possession of a property left to her by a completely unknown benefactor. But Maureen has just lost her job as a department store sportswear buyer and can no longer afford her apartment rent, and Finn has flunked his guide dog exam (too friendly and too easily distracted), so their options are few. At least the old inn will provide a roof over their heads. It also provides some everlasting tenants in the form of an interesting assortment of ghosts.

Research is half the fun of the “world building” part of writing a paranormal story. Was the idea of a haunted Florida hotel too far-fetched? After a while I began to believe that an “un-haunted” Florida hotel is a rarity!

Here are just a few of the coolest haunts I found in the Sunshine State:

Try spending a night at the Florida House, where a sad-looking man roams the halls and a bold lady ghost climbs into bed with guests. In the nearby Palace Saloon, you might meet Uncle Charlie, who worked there as a bartender before he died. Some nights he still plays the old piano, although the keys are enclosed in Plexiglas.

Not far from Gulfport there’s the Hotel Indigo. Back in the 1920s it was called the Martha Washington. A series of renovations done in 1987 seems to have awakened the spirit of a little girl. According to many reports, the child plays and skips around on the third-floor landing. One visitor reported that his daughter befriended the ghost girl—and that she followed them home. He saw the dead girl in his daughter’s room and commanded her to leave. It worked, and she’s since resumed her appearances at the Indigo.

Down in Key West, guests at Marrero’s Guest Mansion have reported seeing a beautiful woman brushing her hair in the mirror. Some said they smelled lavender perfume. Keys’ historians say they may be seeing Francisco Marrero’s wife, Enriquetta, in spirit form. Her bedroom long ago occupied what are now guest rooms 17, 18, and 23…and they are known as the most haunted.

St. Augustine is perhaps Florida’s most historic city. The Casa Monica Hotel opened there in 1887 as The Cordova. The beautiful Mediterranean Revival hotel seems to be home to many ghosts from the 1920s. Guests report that late at night, waltz music begins to play out of nowhere, and a roomful of ghosts in formal Jazz Age attire waltz gracefully in the lobby.

The Seven Sisters Inn advertises their property as “the most haunted bed and breakfast inn Florida.” Guests and employees report seeing several ghosts with some regularity. It’s said to be haunted by the original owners, Emma and Ben Rheinaur, along with their three children, a flirtatious spirit named George, and a small figure that steals shoes. (Ghost Hunters has even featured this one on their TV show!)

The Biltmore Hotel Miami, located in nearby Coral Gables, was built in 1926 and was one of Florida’s most lavish hotels for the rich and famous. (The old guest books tell us that Ginger Rogers, Bing Crosby, Judy Garland and the Duke and Duchess of Windsor all stayed there.) From WWII up until the 1960s, the hotel was used as a hospital for wounded vets. It was reopened in 1987 and is once again considered one of Miami’s most glamourous hotels.

Paranormal activities are reported to occur at the Biltmore regularly. Lights dim or turn on for no apparent reason and doors often open and close when no one is near them. There’s the spirit of a “woman in white” who wanders at will among the guest rooms.

The Loews Don Cesar is surely one of Florida’s most iconic hotels. It’s known as “the pink palace” for its stunning Mediterranean Revival architecture in pink stucco. The luxurious resort, built in the 1920s, is also known for being haunted by the man who built it. Thomas Rowe spent three years building the tribute to his long-lost love, a Spanish opera star named Lucinda. He met the raven-haired beauty while studying in England. The pair fell in love, but Lucinda’s parents forbade the relationship. Staff and guests report sightings of a gentleman wearing an old-fashioned Panama hat and a summer suit, strolling with a beautiful woman with long black hair—Thomas and Lucinda, together at last.

Perhaps on your next vacation you’ll visit one of Florida’s delightfully scary places—maybe spend the night where doors open and close on their own or where ghostly dancers waltz. Meanwhile, I hope you’ll visit my haunted town of Haven on Florida’s Gulf Coast through the pages of Be My Ghost and meet the spirts who stay at Haven House Inn. Say hello to Lorna DuBois, a long-deceased movie starlet who only appears in black and white, or listen while the ghostly hands of Billy-be-doggoned-Bailey pound out the oldies on the player piano in the dining room. You might even meet Babe Ruth, who sometimes shows up when the Yankees play the Rays! 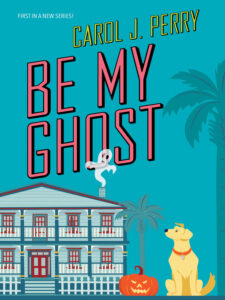 Carol J. Perry was born in Salem, Massachusetts, on Halloween eve, and that magical city serves as the backdrop for her Witch City Mystery series. She is also the author of several young adult novels. Her nonfiction articles on travel, antiques, and ecology often appear in regional and national publications. 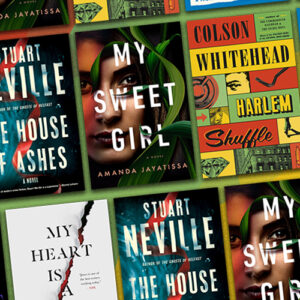 September brings an outstanding line-up of new crime releases showcasing the breadth of the genre and the variety of talented...
© LitHub
Back to top