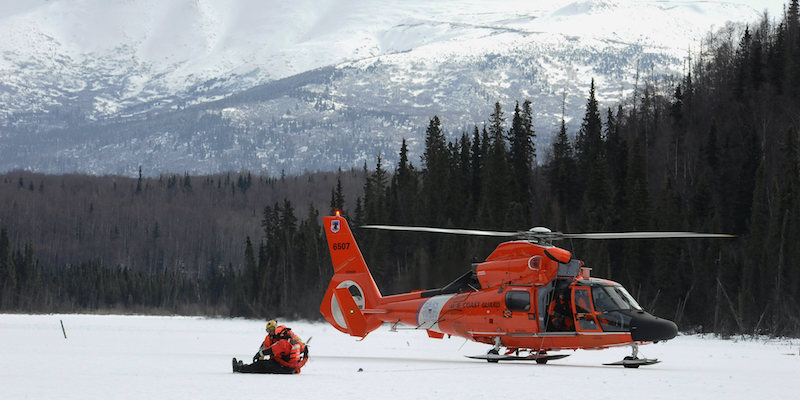 One of my early assignments as a deputy US marshal on the Alaska Fugitive Task Force was to hunt a man who had beheaded one of his roommates with a splitting maul. Our guy had fled into the surrounding woods, and they needed a tracker. Homicide investigations take a considerable amount of time, so my team and I were able to make the three-hour flight down from Anchorage on the state aircraft before investigators had moved the body. The murder happened in a float house—basically a shack built on huge logs that went up and down with the tides. The smell at the scene was nauseating—rotting food, sewage, the sour odor of people living in extremely close quarters with no running water. Periodically standing over the medicinal cloud of alcohol vapors evaporating off the copious amounts of blood from the victim provided the only respite to keep us all from getting sick to our stomachs.

Fast forward seventeen years. My eldest son was a special agent with Air Force OSI. My youngest was a newly minted officer with Anchorage Police Department, twenty-four years old, fresh out of the academy and still on field training. He’s a nice kid, our youngest. Reminds me of the Raymond Chandler quote I had on my wall when I was a detective:

He grew up in a blue-bloods home, heard my stories, heard his older brother’s stories. His was a both-eyes-open journey into law enforcement with few false notions about the good stuff and tragic realities. We’d been honest with him about the job. Sort of.

About a week out of the police academy and on the street in field training, he called me while he was working swing shift, sounding a little grouchy.

“Dad, how come you never told me intestines look like chewed bubble gum?”

One of his mentors, a mutual friend with the PD, took him aside and told him it was time to ask me for the non-sanitized war stories—the versions I’d never told him while he was growing up.

Many of those stories are about Alaska.

Alaskans tend to take pride in the many ways our state can murder us. A popular bumper sticker reads: “Step out of the RV and into the food chain.” We can sound cavalier to wide-eyed visitors when, as soon as they arrive, we describe deadly scenarios involving being eaten by a bear, stomped to death by a moose, trapped to your waist in inescapable mudflats, plunging through thin ice, crashing in a small plane, drowning, getting lost, buried in an avalanche, or simply freezing to death. We usually save talk of earthquakes and volcanic eruptions until the second day.

I spent the last fifteen years of my career with the United States Marshals Service in Alaska, and saw more than a few of these scenarios up close. Naturally, those experiences creep into my novels.

I read a lot of Noir growing up. The intrepid detective character fighting against overwhelming odds is partly to blame for my urge to pursue a career in law enforcement. Apart from the conflicted hero, Noir tends to convey a sense of hopelessness—the kind that comes from burnout, from too many close looks at the guts of humanity. The far north gives us more than or fair share of that.

I love Alaska. It is vast and beautiful and wild. But it has a dark side—bitter cold and soullessly bleak. Glaciers and crab pots make awfully good places to get rid of a body. Far too many people in rural communities have only intermittent access to running water. More than a few villages still use five-gallon paint buckets as toilets. It’s difficult to describe a place like that honestly without sounding hopeless.

Alaska makes for a beautiful but cold-hearted character—particularly in stories about murder.

Alaska makes for a beautiful but cold-hearted character—particularly in stories about murder. I’m certainly not the first to set a murder mystery in Alaska. Sue Henry wrote many, including Murder on the Iditarod Trail. Dana Stabenow’s Kate Shugak Mysteries are great adventures that capture the feel of The Great Land. Sitka author John Straley (The Woman Who Married a Bear) is a wonderful Alaska Noir-ish author. There are others.

It sounds maudlin, but death is close here. Many Alaskans hunt and kill the meat that fills our freezers. There’s stuff in the woods that will hunt and eat us. In urban schools, knives and guns are forbidden—illegal, but students in remote bush schools learn to butcher caribou and moose from their parents—and in the classroom. Rabid foxes might pose a problem that causes parents to walk their children to the school doors with a rifle in hand. A forensic swab fingernails in bush Alaska will likely reveal traces of dried animal blood any day of the week. Death is a way of life. An Alaska story that did not include it in some form would be dishonest—or woefully short.

The land is big and sparse and cold and it swallows people up, never to spit them out. They just disappear. Sadly, Alaska has led the nation in per capita sexual assault for years. One of my dear friends was a village public safety officer in a bush community of just over a thousand people. He was called to seventeen suicides during his career—all of them people he knew well.

And still, there are marvelous cultures, incredible wildlife, and scenery in every direction that makes one gasp. It would be equally dishonest to leave that out and focus only on the hopeless. Some of my happiest moments have been on a remote river or sitting around a fire, listening to my friends tell stories of their adventures in the wildest parts of Alaska.

I try to leave a spark of hope while being starkly honest about the guts of humanity—which, to tell the truth, sometimes look a lot like chewed bubblegum.

My Arliss Cutter novels deal heavily in the good and the bad. Slightly terrified of how rural Alaskans might perceive my stories, I took a Yup’ik friend to lunch—the one who’d answered all the suicide calls—and asked his opinion. “Be honest,” he said. “Warts and all. Just don’t leave out the good stuff.”

I’ve tried very hard to write a balance, but the stories are sometimes incredibly dark. Anything else would be a lie.

Our youngest son has been on the job over four years now. He’s experienced dozens of war stories of his own. As far as I can tell, he’s no meaner, though he’s certainly more world-wise—and sometimes weary. Thankfully, he shares his stories with me, but sanitizes them for his mother and his wife. I’ve been retired for six years now—but I understand it all too well when he describes how gritty Anchorage can be. The streets get mean after dark. Midnight is my not-mean son’s preferred shift to work, of course. He is my son, after all.

And that tracking mission twenty years ago—we got our man after three days of intense hunting through deep, old-growth forests and hidden ocean coves. I knew I wanted to set a book there someday—and finally did with OPEN CARRY.

My characters are surely conflicted. The stories are admittedly dark, but I try to leave a spark of hope while being starkly honest about the guts of humanity—which, to tell the truth, sometimes look a lot like chewed bubblegum.

Marc Cameron is the author of the Jericho Quinn series and Tom Clancy Power and Empire. A native of Texas, Cameron has spent over twenty-nine years in law enforcement. His assignments have taken him from rural Alaska to Manhattan, from Canada to Mexico, and points in between. A second degree black belt in jujitsu, he often teaches defensive tactics to other law enforcement agencies and civilian groups. Cameron presently lives in Alaska with his wife and his BMW motorcycle. His latest book, Open Carry, is now available from Kensington Books.
https://marccameronbooks.com/ 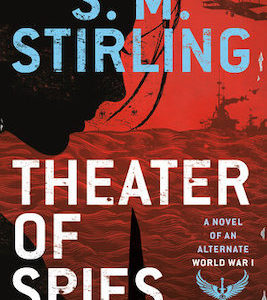