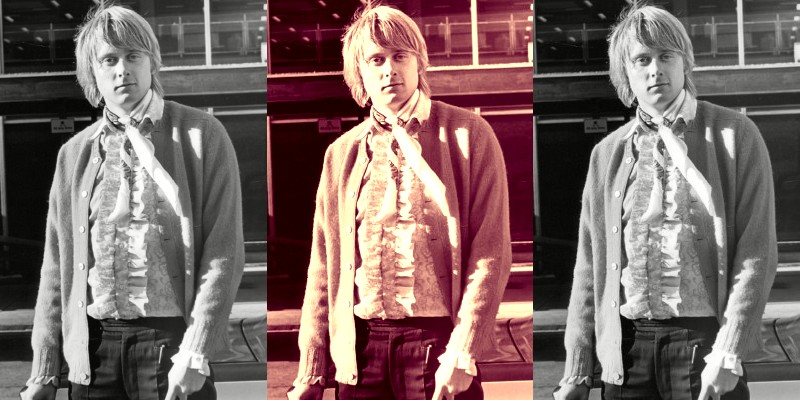 Diment's sexed up spy novels were all the rage in 60s London. Then one day, he was gone.

The ad copy called him, “the biggest thing in the entertainment world since The Beatles.” The New York Times labeled him Ian Fleming’s successor. The Daily Mirror called the title character in his first book, “the most modern hero in years.” However, almost 50 years removed from these headlines, few people recognize the name of Adam Diment. Readers can be forgiven being in the dark about Diment; at the height of his fame, he just vanished.

Diment was a sixties icon through and through. In style and in substance, his ‘about the author’ photo was the kind of thing you’d find in an encyclopedia under the heading, ‘mod.’ Diment came to prominence in 1967, when he landed a six-book publishing deal based on his manuscript for a book that was eventually titled The Dolly Dolly Spy. (A manuscript he reportedly wrote in 17 days.) The sale was the biggest ever paid to a first-time writer. Diment looked the part of a cutting-edge author, with a haircut that looked similar to those of the other British fashion icons John, Paul, George and Ringo, Diment was often surrounded by girls everywhere he went.

In continuing to live a life that Mike Myers would clearly draw upon when creating Austin Powers, Diment was completely of the era. He would proudly say in interviews that his spy Philip McApline was based on himself. He admitted to smoking marijuana, and even made the hero of his books a user as well. In an early interview, he belied his 23 years and the era’s ‘hope I die before I get old’ ethos by proclaiming, “I don’t want to be writing McAlpine when I’m 27!” His publisher used the author’s photo and lifestyle in advertising campaigns; double decker buses in the UK were plastered with Diment’s picture and the statement, “you don’t listen to Adam Diment, you read him.”

Usually all of these sorts of publicity tricks are smelled out by an astute public as nothing but cheap advertising. And advertising that eager to sell you on something can simply be a tip of how poor that item actually is. Yet when you crack open The Dolly Dolly Spy today, decades after the initial ad campaign, Diment pulls you in from the first sentence.

The book is written in the first person, dropping the reader straight into McAlpine’s life and times. It’s a life filled with hash, booze and girls. In describing his on-and-off-again girlfriend, dig this:

Her experience, which includes a large number of love affairs, modelling jobs, minor television appearances, two abortions and a wide range of kinky and interesting episodes, hangs around her like a halo. There, you would say on seeing her, is a girl who has seen life.

Diment often uses slang of the era, even creating his own. Dictionaries and thesauruses still credit Diment for his new slang, including words like, “dolly,” “chaver,” “feel up,” “acid head,” and “go down a bomb.” Even if you can’t completely explain what any of these phrases mean, the context gives all you need to know.

Granted, the book likely reads a little lighter and funnier than initially intended given the ‘groovy’ vernacular. And because of the era it was written in, the misogyny and homophobia aren’t exactly enlightened. But with those caveats (and, granted, they are pretty big caveats that could understandably and very easily ruin a book for some readers), what keeps you turning pages is the writing. It’s the type of book you can tear through in an evening, continually thinking, “just one more chapter.”

At its release, it was a huge hit, selling over one-million copies. It was translated into 13 languages, including Icelandic and Japanese. Plans for a film adaptation were made. 1967 being what it was, David Hemmings, the star of the current art-house hit Blow-Up was in talks to play McAlpine… And can you imagine how cool that movie would be?

This all happened at the toppermost of the spy craze. The Dolly Dolly Spy arrived in bookshops two years after Ian Fleming’s death. And, in other spy news of the time, Sean Connery was starring as Bond in You Only Live Twice and the parody film Casino Royale starring David Niven, Peter Sellers and Woody Allen as different iterations of 007 was playing in theaters. And if that wasn’t enough, the first version of le Carre’s George Smiley was also on-screen, as portrayed by James Mason in Sidney Lumet’s The Deadly Affair. (Though because of contract issues, Smiley was re-named Charles Dobbs.) If the 60s was the decade of the spy, 1967 is a definite high point.

One year later, Diment published his follow-up, The Great Spy Caper. Again, the book was a hit, praised by critics who would, at the same time, seemingly hate themselves for loving it so much. “Utterly preposterous and regrettably unputdownable,” grumbled The Observer. Bond was now suddenly passe. (George Lazenby would walk away from playing Bond after his one appearance as the spy in 1969’s On Her Majesty’s Secret Service.) McAlpine was where it was at, even though McAlpine himself turned his nose up at the whole affair.

This espionage racket is spreading like mold, I thought. Soon I won’t have a friend left who’s not in the racket. Only last year I had been shocked out of my life when I discovered Lord Kilmarry, friend and titled ponce of this parish, worked for the same department as me.

The parties are still abundant, and the sex is freewheeling. Everyone is having a good time together.

I like my sex to be fun – you can have old Lawrence’s deadly earnest copulations.

Rubbing against her flesh was like taking a bath in a vat of peaches.

Maybe now is a good time to point out that 1968 was also the first year the term ‘sexism’ was used. On this count, Diment must plead guilty. Again, on this side of the decades, you wouldn’t be shocked if McAlpine would quip to one of his potential conquests, ‘should we shag now or should we shag later?’

Later that same year, Diment issued his third novel, The Bang, Bang Birds, which had a reception similar to the first two. That is to say, critics liked it, some even more than the first two. The Times Literary Supplement said, “James Bond- pish! That’s strictly for birds that don’t go bang bang.” A fourth book followed in 1971. The author bio for Sleep, Inc. claimed that Diment was working on a fifth book.

But it never came.

With all this success, with all this accolades, with all this interest in his life and his spy, Adam Diment just walked away. Readers were left wondering after the cliff-hanger ending of Sleep, Inc. The books went out of print. And McAlpine slipped into the either.

In 1975, The Observer published a ‘whatever happened to,’ type article, coming back to its readers with the facts that ‘Diment now lives in Zurich, shunning publicity. “He has no plans to write a new book.”

The only new tidbit in the Diment story came in 2009. The blog Another Nickle in the Machine published two letters to the department Exchange Control of the Bank of England, accusing Diment of some sort of money scam, involving $2,400 paid by a film producer. The letter suggests that perhaps this was all part of a drug-deal of some sort. Perhaps that’s what happened to Diment, living by the sword, ended up dying by it, a victim of drugs, a sort-of top-secret Syd Barret, staring out the window and writing stories about elephants.

While the blog post’s ‘new’ information didn’t provide any insight as to Diment’s whereabouts the past 50 years, the blog’s comments section has become a gathering point for McAlpine fans. Remarks range from people fondly remembering the books and how much they enjoy them to Diment relatives assuring readers that he is still alive and quite happy thank you very much. And then there’s the occasional writer, eager to have a sit-down with Diment, to tell his whole story the way it should be told, to let people know how it all ended.

In case you’re wondering and to save you the googling, one commenter claimed that Diment was living in Kent and was quite happy tending his garden. Another recounted their time together in Tibet and the reporter traded back-and-forths with another poster who claimed to know Adam, but then, frustratingly, the conversation just ends… did they ever meet for tea in Sloane Square? (My favorite comment is the one that mentioned that the poster had a photo of Diment wearing jeans… how out of character!)

A 2015 Equire article dug up a little bit on how it all started, revealing that Diment’s full name was Frederick Adam Diment. (A fact Diment would mention in some of his early interviews, saying he was going by his middle name because, “no swinger is called Fred.”) He attended Lancing College, dropping out halfway through and moving to London, sharing an apartment with aspiring lyricist and fellow Lancing student Tim Rice. The article also spoke with those involved in publishing at the time, suggesting that Diment was more of a creation than the man himself, and walking away was simply shrugging off a jacket he no longer wanted to wear.

But why do we still talk about him? Why is it that his books are the type of things you’d press into a friends’ hands saying as earnestly as possible; ‘I think you’re really going to like this?’

Is it the scarcity? Copies are not hard to find, but they’re not available for Prime delivery on Amazon and, you certainly can’t find a copy for your Kindle. I do know I paid more than the $.75 price tag that’s on the cover of my Bantam paperback of The Dolly Dolly Spy.

Is it because, like Fleming, le Carre, Green or Deighton before him, Diment fit the role and there was enough mystery to keep readers wondering about the name on the book’s spine?

Does any of this matter? At the end of the day, is the only important thing that, once you strip away the hype, strip away the mystery of the disappearance, the only thing left is the words on the page and, at least for Adam Diment, they’re damn good ones?

Adam Diment may be gone from our consciousness, but Philip McAlpine lives on, for those who wish to discover him. A relic of his era, the books are the perfect reading for those who wish to revisit the glory days of espionage fiction. Amongst Smiley, Bond and Palmer, McAlpine certainly appeared to get the most enjoyment out of his work.

Luke Poling is a filmmaker (Plimpton! Starring George Plimpton as Himself), podcaster (Why? the Podcast) and writer. Early in his film career, he worked as a production assistant on The Departed, where one of his jobs included buying the rope to throw Martin Sheen's stunt double off a roof. 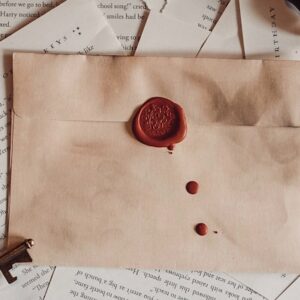 I don’t believe in ghosts, but I love the idea of the dead communicating with the living in a fiction. In a traditional...
© LitHub
Back to top