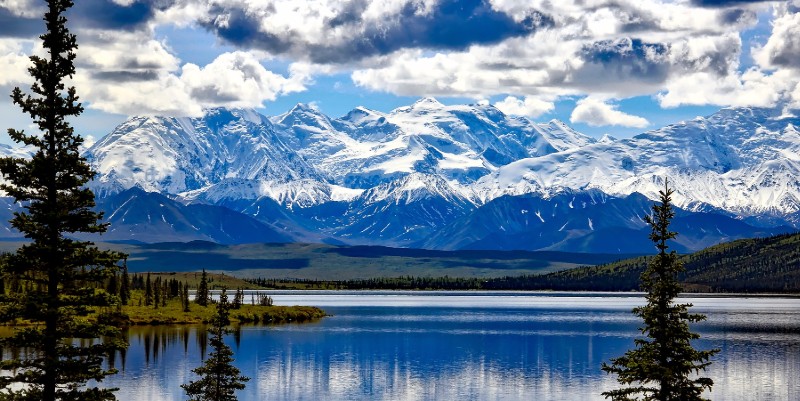 Crime fiction has found a strange home in the cold wilds of Alaska.

Alaska—so far north it’s almost in Asia. Alaska shares a maritime border with Russia and is, of course, the northwest extremity of the United States. America’s largest state by area, it is the third least populous. Half of Alaska’s population live in, or close to, Anchorage, though in total we’re only talking approximately 750,000 people in the whole territory. Why do people live in Alaska? Well, it is beautiful, if you like the cold and the loneliness. But often, so it seems, folk just want to get away from mainstream society and be on their own awhile. The uniqueness of Alaska has resulted in some pretty unique crime fiction, too.

Robin Barefield certainly doesn’t seem to mind the isolation. She lives on the Kodiak Island Archipelago, a group of islands 30 miles from the main Alaska Peninsula and 250 miles southwest of Anchorage. Barefield and her husband run a lodge that attracts tourists who want to see sea otters, sea lions, Sitka black-tailed deer and whales. That’s part of the year, the part before it gets too cold for anyone to show up. The rest of the time? Well Barefield hunkers down and writes mysteries set against the backdrop of the Alaskan wilderness. Murder Over Kodiak (2016) starts with a floatplane mysteriously exploding above the Alaskan wilderness. Everyone’s dead, but which of the passengers were the killers targeting? A job for biologist Jane Marcus. Karluk Bones (2019) sees two men on a hunting trip to Alaska. It doesn’t go well. More than forty years later, Jane Marcus discovers human remains near Karluk Lake in the middle of the Kodiak National Wildlife Refuge. Jane soon learns a bullet was responsible for shattering the skull they found. What links these two events?

Alaska’s remoteness makes it a great place for suspense. Brenda Novak’s Evelyn Talbot series is set in Alaska. Evelyn is a psychiatrist at Hanover House, a maximum-security prison studying some of the world’s worst serial killers. Novak is a prolific author of romance novels so obviously serial killers in the far north is a somewhat different interest! The Evelyn Talbot series begins with Hanover House (2015) where we learn that Evelyn has ghosts of her own and that not too many local people are pleased that a prison for serial killers has opened in their backyard. The series continues with Her Darkest Nightmare (2016) where dead bodies start appearing near Hanover House;  followed by Hello Again (2017), Face Off (2018) and Blind Spot (2019). Throughout the series Evelyn must try to understand the serial killers in her charge as well as try to face up and deal with her own traumatic adolescent experiences.

It must be something about living up there, but Alaskan crime writers are super prolific. Anchorage-born Dana Stabenow has written 22 novels in her Kate Shugak mystery series starting in 1992 with A Cold Day For Murder right through to Less Than a Treason in 2017. That’s nearly a novel a year. But, consider that in 1998 Stabenow launched a new character featuring Liam Campbell (the Campbell and Shugak novels sometimes intersect). Kate Shugak, an Aleutian, is formerly an Anchorage police investigator and now a private eye lives on a 160-acre homestead in Alaska’s largest national park with only her half-wolf, half-husky dog named Mutt, a bull moose and a grizzly bear for neighbors. Liam Campbell is an Alaska State Trooper and now features in four novels starting with Fire and Ice (1998) through to Better to Rest (2002).

All of this is impressive enough but consider that Stabenow has also written a science fiction series and the Silk and Song Trilogy in which Wu Johanna, the granddaughter of Marco Polo no less, travels from her home in 14th-century Beijing) to Europe. It must the roughly two months of the year surrounding the summer solstice when Alaskans enjoy daylight 24 hours a day?

There’s a solid tradition of true crime writing about Alaska too. Maureen Callahan’s American Predator (2019) is about the hunt for serial killer Israel Keyes, a predator who struck all over the United States over 14 years. He killed all across the country but, afterwards, always returned home to Alaska, resuming his life as a quiet, reliable construction worker devoted to his only daughter. The slightly earlier Devil in the Darkness by JT Hunter (2016) is another retelling of the Israel Keyes story which shows that he often flew across America to distant locations where he would rent a car and drive hundreds or even thousands of miles before randomly selecting his victims and then flying back to Alaska.

Robert Hansen appeared to be a typical hardworking businessman, husband, and father but between 1971 to 1983 he murdered more than 17 women (police believe the true number to be more than 30) in and around Anchorage. He always targeted women from the margins of society whose disappearances caused scant outcry. Walter Gilmour and Leland E. Hale tell his horrific story in Butcher, Baker: The True Account of an Alaskan Serial Killer (2011). Equally devastating is Karen Foster’s Justice For Bonnie (2019). When police told Karen Foster that her eighteen-year-old daughter, Bonnie Craig, had died in a hiking accident, she knew the pieces of the investigation just didn’t add up. Bonnie would have never ditched her classes at the University of Alaska to go hiking. After twelve years police finally produced a match for the unknown DNA in the case—from a man in a jail all the way across the country.

And finally, as usual, a slightly different recommendation but one set in Alaska and with crime woven through it. Michael Chabon’s The Yiddish Policemen’s Union (2007) imagines a world, as Franklin Roosevelt really did once propose, where Alaska and not Palestine is designated as the homeland of the Jews. In Chabon’s “Alyeska,” Yiddish is the lingua-franca of daily life, Orthodox gangs in side-curls and knee breeches roam the streets, and Detective Meyer Landsman discovers the corpse of a heroin-addled chess prodigy. The novel is an amazing alternate history and an above average crime story, too.

Alaska—it’s a bit of a special place up there. 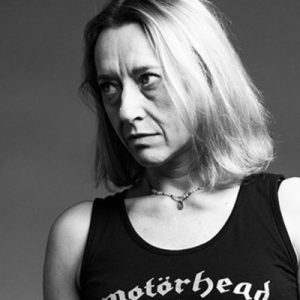 Vernon Subutex (FSG Originals) is the latest from writer and filmmaker, Virginie Despentes. Readers may be familiar most...
© LitHub
Back to top