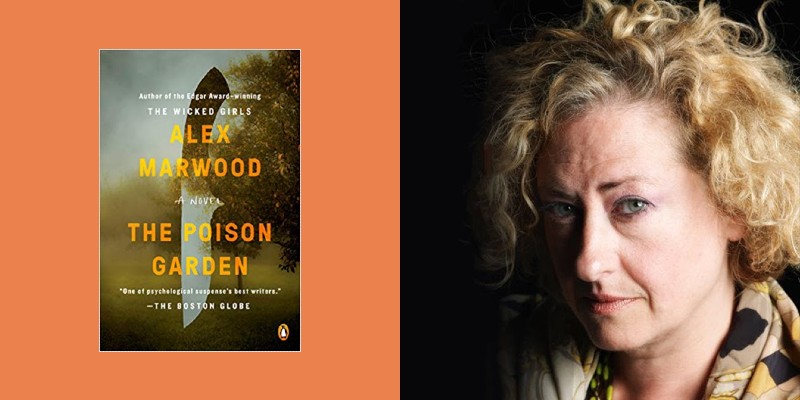 An author pursues her obsessions.

Alex Marwood doesn’t do things by halves. The day that we chat via Skype, she’s battling a cold and “a number of lurgies” she picked up on her recent trip home from Australia, but is chipper and cheerful, full of energy and laughter. Marwood’s crime fiction thrums with a similar vitality, driven by plots of fearless complexity and characters who linger in the imagination long beyond the final page. And, less than a decade ago, the London-based writer enacted a career-changing moment that has paid off in spades: originally packaged in the late ’90s as a chick-lit novelist under her real name, Serena Mackesy, she recognized that her stories had some pretty dark elements to them. “My earlier books actually got darker and darker and darker as they went on,” says Marwood. “When, in Simply Heaven, I found myself writing a scene where my heroine was walled up with a desiccated corpse, I realized, ‘Hey, something’s gotta give here.’” So she changed her novel-writing moniker, and the rest is psychological thriller history. 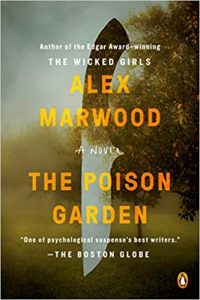 Since Marwood’s 2012 crime-fiction debut, the Edgar Award-winning The Wicked Girls, each of her books has garnered award recognition and plaudits from the likes of Stephen King, Laura Lippman and Megan Abbott, for good reason. Marwood’s novels offers superbly executed masterclasses in compelling and stupendously creepy mysteries. While often drawing her fictional kernels from real-life crimes—Wicked Girls, for example, shares similarities with the James Bulger murder case, while 2016’s The Darkest Secret has echoes of the Madeleine McCann disappearance—Marwood excels at infusing her own terrifying twists into the tales. And while she doesn’t shy away from grisly scenes of violence, her powerfully drawn characters are equally effective. In 2013’s The Killer Next Door, for example—in which the murder mystery is practically a side plot to a tale of the vagaries of life in contemporary London—she’s terrific at exploring the tears in our social fabric, and the ways in which people often form non-traditional families in their desire to belong. Cosy, a Marwood mystery ain’t; affecting, it certainly is.

“That book originally drew from a famous UK serial killer called Dennis Nilsen who was arrested in the early 80s,” says Marwood. “He killed and got rid of something like 14 young men while living absolutely cheek by jowl with a whole lot of other people, and nobody noticed. The thing I have always, always wondered about that is, how the hell do you share a house with somebody who is killing and dismembering people and not notice?”

“Most dreadful crimes are not actually about a bad person deciding to do something. It’s more like a series of increasingly bad decisions…”

While exposing and exploring social and psychological phenomena remains one of the primary components of good crime fiction, another one, she notes, is illuminating the fact that incremental bad decisions often lead to awful tragedies: “Most dreadful crimes are not actually about a bad person deciding to do something. It’s more like a series of increasingly bad decisions, often based on selfishness or on a failure to understand the consequences of what one might be deciding to do.”

Ambitions to manipulate consequences loom large in Marwood’s latest thriller, The Poison Garden, which, among other things, tackles the topics of cults and obsessively blind faith. Romy is a 20-year-old of great resilience and independence. She’s also one of the few survivors of a doomsday cult that was based in the wilds of Wales until police discovered a mass of dead bodies packed with poison at the compound. Romy, who was in the compound’s infirmary at the time, is taken into care for assessment, as are her two younger half-siblings, Ilo and Eden. Sarah, Romy’s aunt, who was raised in a strict evangelical household and has been trying to escape her dismal background ever since, agrees to take in Ilo and Eden. While Romy primarily drives the story, the lingering oppressiveness of Sarah’s childhood home—and that of Romy’s mother—is a persistent reminder that a group as small as a nuclear family can be as authoritative and stifling as any fanatical congregation.

“That was absolutely intentional,” says Marwood. “I noticed while researching this book that one of the things that makes you most vulnerable to being en-culted is an authoritarian upbringing. I do think that one of the reasons that we’re seeing so much culty behaviour among young people at the moment is all that helicopter parenting they had: although on the surface they had these very liberal upbringings, actually every single minute of their day had been regimented. A lot of them are very much floundering because they’ve gone from a world where it was all very liberal, but there were also rules, rules, rules, rules. Suddenly, they don’t have them anymore, so they have gone out seeking them instead.”

Of course, as Marwood points out, cultish behaviour has always afflicted humanity: “We have always been vulnerable to being caught up by ideas that are presented to us with a set of rules that make us believe that there is a solution if only those rules are followed absolutely, to the letter. And part of that package requires us to accuse anyone who questions those rules of having bad intent, rather than attempting to simply have a dialogue about it.”

While current circumstances certainly impacted Marwood’s decision to write Poison Garden, its earliest inception stems from her work as a journalist in the ’90s. “I had a lovely strand where I basically had a whole newspaper page to fill every Saturday, and I went out and just explored something odd or unusual. One time, I went off and trained as a hypnotist with Paul Mckenna for a week and it was just the most fun I ever had at work. I spent the whole week hypnotising other people and being hypnotised by others, just learning about the approaches and the techniques. And then, on the final morning, he showed us 10 minutes of Leni Riefenstahl’s Triumph of the Will and you could have heard a pin drop: it was really, really scary because every single hypnotic induction that we had learned was being used in this short clip of the Nuremberg Rally.”

Article continues after advertisement
“I’ve been thinking for a while about our vulnerability to being pulled into cults and how narcissists are just cults of one, looking for a following.”

While that experience got her thinking about cults and cultish behavior, it was a follow-up story about a stadium evangelist that cemented her interest. “I was covering what it was like to be in the audience at an event like that,” Marwood explains. “I took half a dozen friends along and it was great fun at first because I was telling them which hypnotic induction was being used on us at different points, like ‘Oh, look! It’s hypoxia!’ But then the evangelist started throwing healing blessings into the crowd. He threw one into the section where I was sitting, and I literally felt a blast of hot air and all the hairs on the back of my neck stood up on end. I realized that despite knowing every single thing about what he was doing, it still affected me. That has been with me ever since. I’ve been thinking for a while about our vulnerability to being pulled into cults and how narcissists are just cults of one, looking for a following. The current climate—all the febrile rage, all the othering—pushed me to write this now.”

The mountainous setting of the cult in Poison Garden—part of what brings the novel to such vivid life—is also drawn from Marwood’s life experience: as a child she spent many a vacation in that area of Wales. “It was always the eeriness of the place that I loved,” she says. “While my family liked the handsome mountains and the nice heather moors, I really liked the fact that you could turn the corner and be so alone that you got scared.”

While it’s difficult to imagine much of anything scaring Marwood, she does admit to a fear of running out of ideas—though there doesn’t seem to be much danger of that. For one thing, she appears to be in perpetual observational mode: “Something will happen that will just get me thinking and thinking and thinking and thinking, particularly things like, ‘What sort of person what do that? How would that feel? What are the actual ramifications beyond simply loss for the victims and the people around the victim? What are the ramifications to society?’ At the moment I’m completely obsessed with the Epstein case so I think that’s probably where I’ll go next.”

First, though, she’s testing her screenwriting hand, working on a television script of The Darkest Secret with American writer-producer-director Andrew Repasky McElhinney. “That’s been just so much fun!” says Marwood. “I love screenwriting—it’s brilliant. And I love actually learning stuff as well, realizing that I’m not too old to learn a completely new thing. That’s the best feeling.”

Whether Marwood pursues her Epstein obsession or finds herself fascinated by something else, the resulting narrative is bound to be pleasurably full of thought-provoking twists and tangles: “I always think, when I start writing, ‘This will be nice and straightforward.’ And then I actually start researching the thing, and inevitably it just gets bigger and bigger and bigger, and I suddenly realize that I’m not going to be able to do a single timeline in the book, let alone a straightforward plot.”

That level of complexity of course, in fiction and beyond, also offers a more realistic reflection of human existence. “People have lost the concept that there might be nuances, that most of life is not a set of binary decisions but a set of multifaceted decisions,” says Marwood. And then, emphatically, the crime-fiction writer goes right for the jugular: “In fact,” she notes, “simplistic narratives are one of the things that are causing all of the problems we have at the moment.” 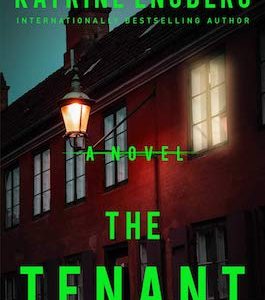 Copenhagen Police investigator Jeppe Kørner splashed water on his face and looked at himself in the mirror on the tiled...
© LitHub
Back to top