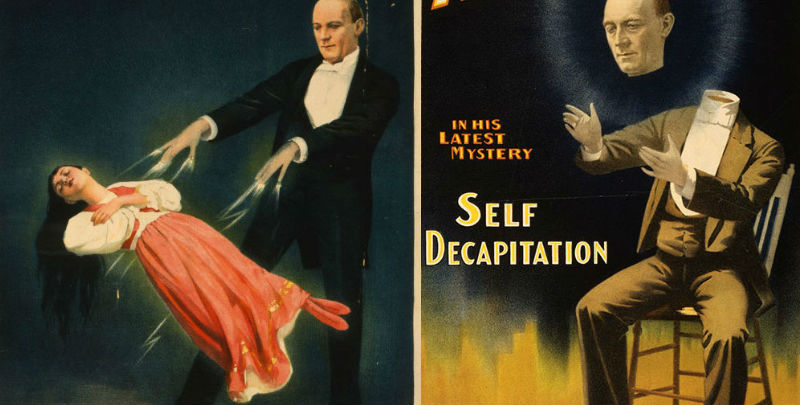 All Novelists Are Con Artists

Magic, Misdirection, and the Search for the Perfect Mark

My eighth grade English teacher was a magician. He was tall and as bald as the moon, and although he didn’t do magic tricks in class, he was prone to impressive linguistic feats: spoonerisms, Tom Swifties, and digressions that appeared random but were actually triumphs of pedagogical misdirection. His name sounded like a magician’s—Jerome Van de Sande—though we all called him Mr. Van.

On weekends, Mr. Van worked at a local restaurant, Casa Comida, doing close-up magic table to table. I don’t remember how I learned about this. I hadn’t ever been to the restaurant, because my parents found Mexican food too “exotic.” Nor do I remember how or why my teacher singled out me and my friend Randy to be the inaugural members of the new magic club.

In our weekly after-school meetings, Mr. Van taught us the basics of prestidigitation: the French drop, classic palm, thumb palm. I began collecting half-dollars, decks of cards, and segments of rope. Mr. Van recommended a couple of classic magic books—Modern Coin Magic by J. B. Bobo; The Art of Magic by T. Nelson Downs—and I bought them and did my best to draw the magic out of them. Within the year, my mother was driving me to the next county each month to attend the nearest Society of American Magician meetings. I performed my three tricks for the members and was initiated into the organization and given my own membership card and a subscription to M.U.M Magazine (Magic! Unity! Might!). My magic career peaked a couple of years later, when for two summers I ran my own magic booth on the Jersey Shore boardwalk. Eight shows daily. I wore a blazer the color of Kermit the Frog and was paid $4.50 an hour, slightly more than a dollar above minimum wage at the time. I thought I was getting away with murder.

This basic story, I learned over the years, is nothing new: self-conscious preteen takes up magic because it gives him a sense of control and maybe a little confidence to do things most people can’t do, things that seem to contradict what ought to be possible. A two of clubs can’t become the ace of spades. And yet it does. Two sponge balls can’t become three in a volunteer’s closed fist. And yet they do. In his 1991 essay “The Magic Show,” Tim O’Brien describes his own stint as a young magician. “What appealed to me about this hobby,” he explains, “was the abiding mystery at its heart. Mystery everywhere—permeating mystery—even in the most ordinary objects of the world.”

Mystery is fundamental for both the magician and the fiction writer, and not only for someone who writes mysteries. If you’re a close-up magician like my former teacher, the mystery happens where the audience least expects it: in the Mexican restaurant, with objects like a fork, a coin, a matchbook. Done right, the ordinariness enhances the mystery, because we all have enough experience with coins to know that they don’t disappear. We know that matches don’t dance. Likewise, the fiction writer’s job is to pay attention to the world we think we know in search of its strange and shimmering secrets. Sometimes there’s a literal mystery in the plot, though the deeper mysteries of character—who we are, and why we do the things we do—are ultimately more compelling because there’s never a simple reveal.

But I wonder if the fiction writer bears an even closer resemblance to the magician’s crafty cousin: the con artist. For one thing, a magic trick performed alone in the woods is still a magic trick, but a con requires an audience—namely, the mark. The con artist must not only draw the mark in; she must unfold the con in such a way that the mark stays invested. The con artist must reveal information at precisely the right time—not too much, not too little. Small mysteries give way to larger, more intriguing ones.

The con artist I’m describing is no small-time grifter, either, ridding her mark of the cash he has on-hand. No. We’re talking about the Big Con in which the mark is made initially to “win” some token amount before being sent away, full of excitement, for much more money, maybe even his life’s savings, which will summarily be taken from him. To send a mark away and have him willingly return with gobs of cash requires an incredible amount of trust to be developed quickly between the con artist and the mark. The mark must return willingly, motived by his own greed, believing he’s hit upon a once-in-a-lifetime opportunity. Whether the con artist succeeds, of course, depends on her ability to tell a convincing story.

This formidable task of persuading a mark to come back for more—voluntarily, eagerly—is shared by the novelist, who must induce a reader to return not just once, but again and again for several hundreds of pages. And the novelist’s tactics aren’t so different from the con artist’s. Both must provide an intriguing premise, then supply just the right kind and amount of information to simultaneously satisfy and entice, while overcoming resistance and above all eliciting trust. The end of the first chapter in a novel is like that all-important moment in a big con, the obligatory pause that entreats the mark, the reader: Come back for more. If the reader feels as if he’s winning, as if he can’t lose, then he will come back, ready to invest everything he has.

My novel Bluff takes a deep dive into magic, which I stopped performing long before I ever started writing fiction. But the similarities between the two activities have always fascinated me, particularly how both are rooted in the desire to produce a sense of wonder. Bluff is also about conning, centered on the character of a world-class poker cheat. Not until fairly late in the writing process did I realize that a novel about conning is inherently a novel about storytelling itself. As readers, we want to believe, utterly, in the story we’re being told, and we want to feel compelled to return to it again and again. We want to be left breathless and without ever catching a whiff of the elaborate staging. And when it’s over, we want to believe the veracity of the experience, because it was all so damn interesting and irresistible and lifelike.

Of course, the fundamental difference between the con and the novel is that in a con, the mark loses. If the novel is successful, the reader wins. The considerable investment in time and emotional energy pays off, and the reader feels richer for having been taken.

Michael Kardos is the Pushcart Prize–winning author of the novel The Three-Day Affair and the story collection One Last Good Time. Originally from the Jersey Shore, he currently lives in Starkville, Mississippi, where he codirects the creative writing program at Mississippi State University. His new novel is Bluff. 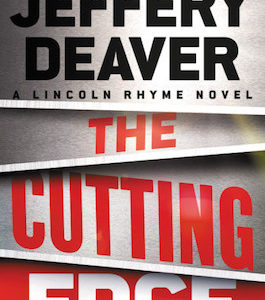