Years before Ichabod Crane and Young Goodman Brown entered the forest, novelist Charles Brockden Brown wrote what could be considered the first true rural noir in American letters. In fact, Edgar Huntly, or Memoirs of a Sleepwalker (1798) may well be the first American crime novel, period. But beyond this distinction, the book remains a tough sell for modern readers. Put plainly, the language is dense, there are few indicators to separate dialogue, and the plot is wildly unstructured.

So why read it, right?

What distinguishes the book as a crime novel is its exclusive use of rural settings, specifically the deep wilderness, where one is subject to starvation, violent attacks, and perhaps most notably, terrifying shifts in consciousness. In this sense, the book is singularly distinct from the stories usually considered America’s first mysteries, Poe’s urban Dupin tales, works that don’t arrive until some forty years later. Equally important regarding the crime narrative in America, the novel is chock full of what mystery genre scholars call “ratiocination,” a literary quantity again commonly associated with Poe. The ratiocinative detective analyzes every clue minutely and creates sequential narratives from them. He considers motives, belief systems, and recreates the thought patterns of his suspects. In short, the ratiocinative sleuth is both scientist and psychologist. True, Edgar Huntly may drag in some places—okay, in many places—but at the center of this late eighteenth century work is a crime, a murder in fact, and an investigator who devotes his every minute to solving it.

A few words about the plot of Edgar Huntly are in order. The story is written is a quasi-epistolary form, mostly in letters from its titular hero to the sister of his murdered friend, Waldegrave. From the outset, Edgar is involved in a daily quest to solve the murder, about which he possesses only a few details, and for which he identifies only a single suspect. Other characters enter here and there to provide their own stories, some of which veer far from the main narrative, and several of which are unduly lengthy by contemporary standards. In the end, the mystery is solved and the murderer exposed, but amazingly, not through any detective work conducted by Edgar. Even so, our main character is very much the detective, and the mystery very much a rural noir, though the term was obviously not yet coined.

Noir is a distinctly twentieth century narrative type, to be sure, and rural noir an even more recent designation, something belonging to the last few decades—nowadays much in vogue. Of course, the discussion over what is noir will likely never end, but a few elements are a given. Noir is as much about mood as anything else: darkness in both feel and look; futility, hopelessness and existential sensibility generally. Edgar Huntly has all of this, in spades, and then some. What’s more, its “noirness” emerges as a feature of its settings, its wooded areas and hostile, rural tableaus.

Much of the novel takes place deep in a lightless cave, a place where both Edgar and the murder suspect, Clithero, nearly die. Why and how they get there, however, are facts not revealed until later, though the sub-title of the novel tells us, and so it’s not so much of a spoiler: they sleepwalk, though separately. (One must work hard to “suspend disbelief,” as Coleridge advised, when reading novels of the era like Edgar Huntly!) In the dank, black cave both Edgar and Clithero suffer alone, for hours upon hours. Edgar nearly starves to death, in fact, and eats his own shirt to stave off hunger. He’s also threatened by a panther that wants to kill and eat him alive. The dire situation, both psychological and physical, mark the height of Edgar’s despair. In a letter to Waldegrave’s sister after his escape, he conveys the sense of desperation, psychic and physical paralysis, and eventual capitulation he felt at the time. Though even here, he finds it difficult to render any of what happened in the cave in “an intelligible manner,” or with any degree of “sufficient perspicuity.” In the end, Edgar hopes only to provide her with a “glimpse of the truth” regarding his time in the cave:

“I was conscious for a time of nothing but existence. It was unaccompanied with lassitude or pain, but I felt disinclined to stretch my limbs or raise my eye-lids. My thoughts were wildering and mazy, and though consciousness were present, it was disconnected with the loco-motive or voluntary power.”

Ultimately, the darkness, the hunger, the thirst, and the sense of psychological instability are simply too much to bear. Thus, Edgar decides to kill himself with his tom-hawk, an act he feels will be somewhat ameliorated by the fact that, in his dying throes, he’ll be able to slake his thirst by drinking his own blood! Of course, he escapes the horrors of the cave, but only to face new ones. Indeed, the cave, and other rural sites in Edgar Huntly, are always hostile places where a single misstep can mean death in an abyss, a place where one’s very mind, one’s sense of psychic stability, is constantly tested. These are dark places, literally and figuratively, sites where danger, fear, violence, and death are frequently met.

Later, after Edgar kills a man and rescues a damsel in distress (again, recall Coleridge), he must traverse the rugged terrain of the hostile woods while tracked by characters who seek only to kill him in the most brutal of manners:

“In a wilderness like this, my only hope was to light upon obscure paths . . . I endeavored to burst through the vexatious obstacles which encumbered our way. [We] were perplexed and fatigued by a continual succession of hollows and prominences. At one moment we were nearly thrown headlong into a pit. At another we struck our feet against the angles of stones. The branches of the oak rebounded in our faces or entangled our legs, and the unseen thorns inflicted on us a thousand wounds.”

At length, Edgar and the rescued girl finally arrive at what they think might be a safe spot—a rustic cabin on some farmland—but the brief respite only serves to heighten Edgar’s despair. He learns here that a gun he has taken from a dead foe is, in fact, his own, and thus he reasons that the foes have set siege on his family and killed them while Edgar was away. Instantly, he’s overtaken by another existential bout of despair: “What of consolation or of hope remained to me? To return to my ancient dwelling now polluted with blood, or perhaps, nothing but a smoking ruin, was abhorred. Life, connected with remembrance of my misfortunes was detestable.” Despondent and bereaved, Edgar again contemplates suicide. He laments, “[My] own death was an object of desire rather than of dread. To die thus speedily, and after some atonement was made for those who had already been slain, was sweet.” Once more, this is no bucolic narrative. The rural sites in Edgar Huntly are places to fear, both for one’s life and one’s sanity. But as it turns out, Edgar has no time to enact his own suicide because he and the girl are at once set upon by hostiles. Edgar must kill again . . . and again after that. It’s not until toward the close of the book that he finally escapes the “sanguinary” woods and farmhouses.

This is no bucolic narrative. The rural sites in Edgar Huntly are places to fear, both for one’s life and one’s sanity.

The other element that recommends Edgar Huntly is the heavy presence of detective work. Like so many of the cops, private eyes, and genteel investigators who follow in his literary wake, Edgar is a committed detective. And whether for better or ill, he simply must know the truth, must follow the path. At the outset, he admits that he is committed to exposing Waldegrave’s murderer, though whether or not the solution will avail him, or whether or not he will come to harm in the process, he’s not certain: “No caution can indeed hinder the experiment [investigation] from being hazardous. Is it wise to undertake experiments by which nothing can be gained, and much may be lost? Curiosity is vicious, if undisciplined by reason, and inconducive to benefit. I was not, however, to be diverted by my purpose.” It’s important to note that, here and elsewhere, Edgar identifies “reason” as the critical element in his investigation. The term is critical to enlightenment thought and practice, but in Edgar Huntly we encounter a unique usage—reason as feature of the criminal investigation.

For all of its lapses in plotting and absurd coincidences, the novel is careful with clues and evidence. To wit, Edgar takes pains to interpret events and make connections, like the ratiocinative efforts of Poe’s Dupin and the creations of Conan Doyle, Sayers, and Christie in later years. He’s constantly asking himself questions, reasoning, deducing, and adjusting his search accordingly. (A related note here: Edgar Huntly includes more question marks than any book I know!) In an early passage, one in which he returns again to the scene of the crime, Edgar conveys some of the frustrations that come with such intrepid detective work: “The impulse was gradually awakened that bade me once more to seek the Elm; once more to explore the ground; to scrutinize its trunk. What could I expect to find? Had it not been an hundred times examined? Had I not extended my search to the neighbouring groves and precipices? Had I not poured upon the brooks, and pried into the pits and hollows, that were adjacent to the scene of blood?”

Like the ratiocinative sleuths that follow him years later, Edgar constantly sifts information, analyzes data, and arrives at accurate conclusions. He will not be dissuaded in his quest. Ironically, it’s not Edgar who unveils the killer in the end. However, we must attribute this disappointment not to poor writing on Brockden Brown’s part, but rather to the fact that the rules of the genre had not yet been invented. And isn’t this just the point? In Edgar Huntly, we have a real American mystery novel, a true rural noir far ahead of its time. So if you like American mysteries, if you’re interested in the history of the genre, pick up a copy of Edgar Huntly. Yes, it may be tough to get through more than twenty pages a night, but the reward shall be the increase in your capital-K “Knowledge” of the genre—and a better appreciation for the terrors of the wilderness.

Chris McGinley's Coal Black (Shotgun Honey, 2019) is a collection of crime stories set in the hills of Appalachia. His work has appeared in Mystery Tribune, Mystery Weekly, Tough, and other forums. He teaches middle school in Lexington, KY where he lives with his wife. 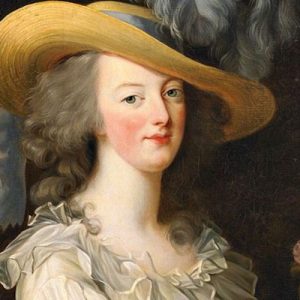 Some royal scandals resound through history, cropping up like mushrooms whenever the subject of kingly misbehavior is raised—Henry...
© LitHub
Back to top