An Interview with the Hangman's Wife

Nancy Dougherty on the uncanny experience of traveling to the Baltic Sea to interview the wife of Reinhard Heydrich.

Adolf Eichmann’s superior officer, the man he tried so hard to please, was Reinhard Heydrich; and with Heydrich at last, we arrive at some-one with character and responsibility comparable to his terrible power. Heydrich was the official custodian of the new morality. Neither his career nor his personality could be described as banal; in fact, so many elements of social significance collided at his desk that one historian has labeled him “a symbol and perhaps the representative figure of the Third Reich at the peak of its internal and external power.” 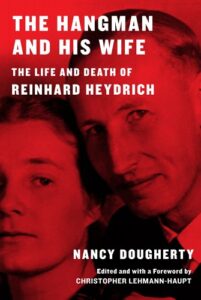 It is easy to see why: if ever a man killed in cold blood, that man was Reinhard Heydrich; if ever a man lived his life with a reckless, almost demonic intensity, that man too was Heydrich. This is the stuff of leg-end and of nightmare, of philosophical speculation and psychological schlock, of B movies and high drama— and, unfortunately, of the gravest historical consequence.

What we know of the SS and its members comes largely from the works of historians, journalists, political philosophers—and the purveyors of what might kindly be described as trash. As I read about Heydrich, and about the outlandish stories and speculations that always swirled about him (and still do), I thought that someone with training in the social sciences should try to do a study that analyzed his role as a “technologist of power,” and also sought to understand how, as a human being, he could have become so inhuman.

Alas; perhaps I should not have been surprised to discover that the man who is the emblem of all we mean by “Nazi” was also the most enigmatic of their leaders. Heydrich’s actions, taken individually, seem as clear, as obvious, as the stabs of a knife, but the man himself tends to flicker out of focus and evade our grasp.

Every effort to describe even the major events or the most important relationships of his life becomes a complicated historical problem. From his family origins, through his real opinions about Adolf Hitler or Heinrich Himmler or the Holocaust, to the reasons why he died in Prague; from, in fact, the cradle to the grave, Reinhard Heydrich remains a controversial figure. And that, unfortunately, makes it easier for everyone else to relapse into the convenient, conventional stereotype of the Nazi leaders who, as George Orwell put it, “think in slogans and speak in bullets.”

Reinhard Heydrich will be speaking in words as well throughout this book, but the reader should take note that his voice comes from far away, and there is sometimes static on the line. Like most young men who die suddenly in the middle of a war, he did not have time to write his memoirs. And Heydrich, unlike Himmler, kept no diary, and wrote few letters. Most of our knowledge of his behavior comes from the testimony of men who were clever enough to survive both the war and the war crimes trials that followed it. Professional survivors have their uses, but they tend to make flawed historians.

In addition, there are the scattered documents that remained after the Nazis’ last-minute efforts to destroy incriminating evidence. In them Heydrich speaks as a high government official, giving orders or analyzing troubling situations, yet those are often memos, written down by someone else, and so they give us policies and arguments but little concrete speech. After he became Reichsprotektor of Bohemia and Moravia, Heydrich made formal speeches to his new subjects, as well as to his subordinates, but these cover only the last eight months of his life, and only the public side of that.

And so it has happened that for details of his personal life, many investigators wound up in the same place, the small, windy island of Fehmarn, in the Baltic Sea between Denmark and Schleswig-Holstein, where Heydrich’s wife spent her childhood and where she returned in 1945.

Most wives of former Nazi leaders, particularly of major war criminals, do not give interviews, and tend to live in deepest seclusion surrounded by a cordon of watchful family members. But Lina Heydrich was never quite like other Nazi wives. After her husband’s death in 1942, she elected to remain in Czechoslovakia, and led such an active life from her thirty-two-room country villa that Himmler (who had assumed the role of her legal guardian) reprimanded her for being that almost unimaginable thing, “a politicizing widow.”

After the war, and a wildly adventurous flight before the advancing Allied armies, Frau Heydrich settled back in Fehmarn with her children, to emerge only in the early 1960s when she actually tried to claim the pension to which widows of soldiers “fallen in battle” were entitled under West German law. Her lawsuit made headlines when the court ruled that no one who had “profited” from the Nazi regime could claim such a pension. It was after this that the widow of “Heydrich the Hangman” began to grant occasional interviews to historians, journalists, and sifters of wartime documents. In 1976, she published her own book of memoirs, Life with a War Criminal (an intentionally ironic title she came to regret because, for the obvious reason her husband, had he lived, would have been judged a war criminal, the irony was lost on many); and a few years later, when the TV film Holocaust was broadcast on German television, she appeared in a TV interview to denounce the way her husband, played by the English actor David Warner, had been depicted in that drama.

From all of this, one might assume that interviewing Lina Heydrich would be a little like listening to a Germanic version of one of the propaganda broadcasts of Tokyo Rose. I had had no trouble getting in touch with her by telephone, nor in securing her agreement to receive me at her home, where she ran a small pension, or rooming house, for an interview late in 1974, two years preceding the publication of her memoirs and a decade before her death in 1985. As I rode in a rented car on one of Hitler’s autobahns past the quaint villages and thatched houses of Schleswig-Holstein toward the new bridge to Fehmarn, I anticipated a cold, guarded, brittle, and fanatic Valkyrie—but then never in this exploration have I quite found what I expected.

By the time I arrived at her house, in the twilight of a cold and windy evening, it was not a propitious moment for either of us. Unknown to her, I was exhausted, having already conducted one interview that morning in Hamburg, and unknown to me, I had arrived on June 4, the anniversary of Reinhard Heydrich’s death.

My husband had come along with me, as, to be frank, a sort of bodyguard, though unlike me he spoke no German. The woman who greeted us in the driveway, before a rectangular, two-storied, whitebrick house, had obviously been crying. Inside, the first thing she did was offer me some cognac; the first thing I did was accept it. We sat nervously on a flowered couch while Frau Heydrich cooked dinner in a little, hidden kitchen into which we were not invited.

The room in which we sat, where my future interviews—three more following this one, over a span of seven years—were to be conducted, would have been a rather spacious rectangle were it not so crowded with furniture. There were a variety of tables, always with something on them—a bowl of apples, a vase of ferns—as well as a large cupboard made of highly polished, carved wood, an ancient seaman’s trunk embellished with wrought iron scrollwork, a few bits of pink porcelain in a niche in the wall, and other cozy or elegant objects that appeared and disappeared from day to day. In contrast, one other item was always there— a bronze death mask of her late husband.

Excerpted from THE HANGMAN AND HIS WIFE by Nancy Dougherty. Copyright © 2022 by James D. Dougherty. Foreword copyright © 2022 by the Estate of Christopher Lehmann-Haupt. Excerpted by permission of Alfred A. Knopf, a division of Penguin Random House LLC. All rights reserved. No part of this excerpt may be reproduced or reprinted without permission in writing from the publisher.

NANCY DOUGHERTY was a biographer and film critic. She received the PEN Girard Award in 1987. She died in 2013. CHRISTOPHER LEHMANN-HAUPT was a journalist, novelist, literary critic, and for almost three decades, daily book reviewer for The New York Times.

James Lee Burke on Personal Tragedy, National Trauma, and the Search for Salvation 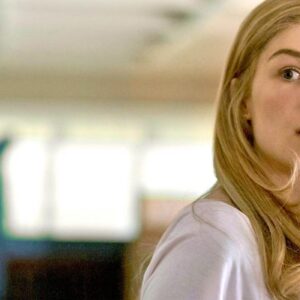 There’s been lot of talk about unlikeable characters, in particular female ones, who seem to be given a much harder time...
© LitHub
Back to top