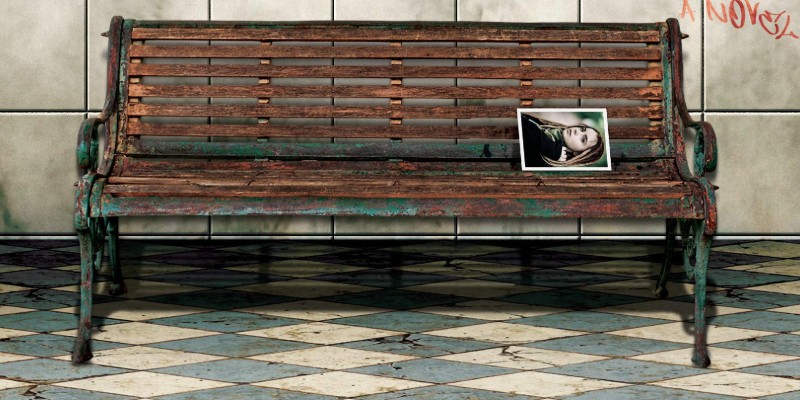 When you sit down to read a work by an Irish writer in which two aging, hard-living men sit together in one location, look back over their lives, and wait for a third person who may never arrive, you might have a guess as to where it’s all headed—or, perhaps, where it’s not. Kevin Barry’s new novel Night Boat to Tangier is into misdirection like that: you think you know where it’s going—a noir-infused take on Waiting for Godot, say—and then you find yourself gasping for breath, unsure of where the contortions of this book will take you.

Barry’s fiction is populated by con men, criminals, fixers, and tricksters—so it’s no wonder that his fiction shares more than a few of those traits. Charlie Redmond and Maurice Hearn, the two middle-aged men at the center of Night Boat to Tangier, are a seemingly affable pair of men, the sort who’ll happily strike up an amicable conversation with you about any one of a host of topics. End up on their wrong side, though, and they’ll show off a far more lethal side. Barry’s latest is one where the threat of violence is more abundant than violence itself, but it’s no less menacing for it.

But yeah, misdirection. Barry’s previous novel Beatlebone was about John Lennon—but rather than the young Lennon or the artistically adventurous early-70s Lennon or the doomed early-80s Lennon, Barry gave readers a vision of John Lennon in the late 1970s, wandering Ireland looking for an island he’d bought years before. And his first novel, City of Bohane, is a futuristic crime novel set in a near-future Ireland that gradually becomes more psychedelic and hallucinatory as the narrative advances.

It’s par for the course for a writer who has embraced the innumerable possibilities inherent in fiction. When I spoke with Barry several years ago for Hazlitt, he discussed that range, and his interest in it as a writer.

“What I love about the novel as a form, and what will keep me going back to it, is that I think that it’s infinitely capacious. It can take pretty much anything you throw at it. As long as the reader is having a good time page by page and line by line, they’ll follow you to the ends of the earth.”

Barry isn’t a crime novelist per se, but he’s certainly circulated around the margins before now. And given the activities of Maurice and Charlie in Night Boat to Tangier, he’s certainly embraced it even more wholeheartedly than he has in his previous work. What begins as a minimalist tale suffused with a threatening spirit eventually becomes, via flashbacks, a subdued and mournful crime epic, covering several decades in the lives of these two compatriots and rivals—and chronicling the drug-smuggling ventures, addictions, and betrayals that punctuated them.

“I mean back in the day? We were an awful pair. Savages,” Maurice says early on. “Oh, what didn’t we get up to? And there was a lot of money, which complicates everything.”

Gradually, Barry establishes two parallel threads within the novel. In the past, the story of the complex relationship between these two men, sometimes friendly and sometimes contentious, and the personal and professional connections between them. In the present day, they wait at a Spanish ferry terminal for Maurice’s daughter Dilly, whom he hasn’t seen in three years. She’s either going to or coming from Tangier—and the question of what led father and daughter to become estranged is another one that hangs over the book.

From the opening of Night Boat to Tangier, Maurice and Charlie emerge as paradoxes: Charlie attempts to communicate with a clerk working at the terminal, but refuses to speak with him in Spanish; thus, his request for information doesn’t result in much. But these aren’t necessarily the actions of a man out of his element for the first time: after his unsuccessful attempt to learn about the ferry, he returns to his compatriot and says, “All the years we been coming here, Charlie?” He’s not behaving this way out of ignorance; instead, it’s about power.

The narrative that unfolds here offers another glimpse of these two men: in their younger days, before each of them carries the scars that they display in the contemporary scenes. But it also showcases a more global scope to Barry’s work: this is, after all, about two Irishmen waiting in Spain for a boat to Morocco. The movement of people between nations and continents is built in to this story’s DNA—and it’s a conscious move away from the more hermetic settings of Barry’s previous novels.

In a 2013 interview with The Paris Review, Barry spoke about the role of geography in his work. At the time, he was speaking specifically about the stories in his collection Dark Lies the Island, it also addresses his bibliography more broadly.

Barry’s novels up until this point have been largely set in Ireland, while Night Boat to Tangier breaks from this pattern. Beatlebone, in its own way, was an internal novel, taking a musical icon and pulling him inside Ireland’s gravitational pull. City of Bohane did the same, albeit with the subgenre of the futuristic crime novel—think Jonathan Lethem’s Gun, With Occasional Music or Nalo Hopkinson’s Brown Girl in the Ring. For all that it finds its central duo effectively trapped in the ferry terminal, Night Boat to Tangier is far more about escape: the characters capable of it and the characters whose attempts at it fail. It’s telling that the title is what it is, rather than the equally accurate Night Boat From Tangier, after all.

Below the plot of Night Boat to Tangier, the book’s expanded (if not expansive) scope also taps into something essential about contemporary writing: there’s a global interconnectedness at play here which serves as a sharp contrast to Barry’s earlier tales of Ireland past and future. Sometimes insularity can be a useful literary device. At other times, though, it can be very rewarding to avoid expectations. 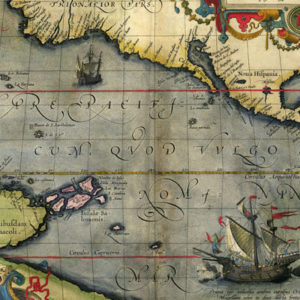 In my other writing life, I write historicals with romance, but one day I was asked by a very wise writer what it was that...
© LitHub
Back to top