April brings a host of epic new international crime fiction, and as always, we’re here to recommend the best new works from around the globe. This month’s offerings include a stone-cold Balkan noir, an epic crime saga out of Japan, a bloody German historical, and a rather terrible French vacation. 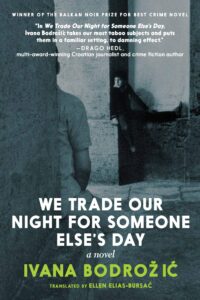 Ivana Bodrožić’s newly translated novel of trauma, vengeance, and despair is as noir as they come. A journalist’s arrival in an unnamed city where neighborhoods are long on memory and short on justice is the catalyst for new explosions of ethnic hatred. The journalist is there to interview a Croatian woman imprisoned for sleeping with her Serbian student and convincing him to murder her husband. She’s also there on a mission to find out the truth about her long-missing father, if her quiet connection with a nonpartisan taxi driver doesn’t derail her quest. Bleak, devastating, and lyrical in equal measures. 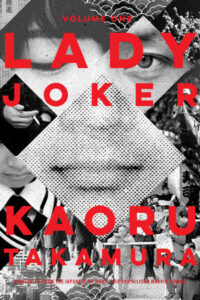 Kaoru Takamura’s magnum opus Lady Joker is already considered classic literature in her native Japan, and now we can all have a chance to read a work that earns frequent comparisons to L.A. Confidential in its epic scope. Lady Joker follows five racetrack regulars as they hatch a plan to kidnap a beer industry titan, seeking vengeance after one loses a grandchild and blames the death on the company’s discriminatory hiring practices. Despite the enormous size of the work, there are enough turning gears and ratcheting tension to stay committed to finishing this one—and then salivating for its massive sequel. 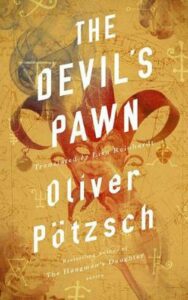 I’m a big fan of Oliver Pötzsch’s Hangman’s Daughter series, and his new standalone looks to be just as ghoulishly thrilling. The Devil’s Pawn puts a late-in-life twist on the story of Faust, as the aging alchemist and magician frets over a new commission from the Pope and tries to strike one last bargain with the devil. With help from Leonardo da Vinci, perhaps the story of Faust may not have such a tragic ending…And wouldn’t it be nice if one of the oldest cautionary tales got away with everything? 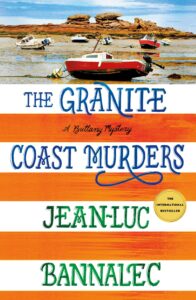 If there’s one rule in mystery novels destined never to be broken, it’s that a vacation for a detective will never, ever turn out to be just a vacation. For Inspector Dupin, bored silly on a two week vacances in Brittany, the disappearance of a tourist comes as a blessed excuse to leave his beach blanket and join the local investigators in their search for a body (or, indeed, any information at all). 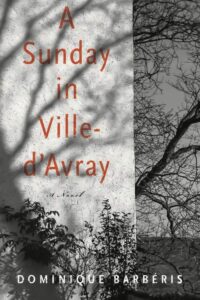 Dominique Barberis, A Sunday in the Ville d’Avray
Translated by John Cullen
(Other Press)

In a spare and beautiful noir fable reminiscent of Modiano or Simenon, two sisters sit as the light fades in a small home in Ville d’Avray. One of them has a shocking secret, and as she reveals her surprise encounter with a mysterious stranger to her listening sister, neither will emerge from their conversation unscathed. 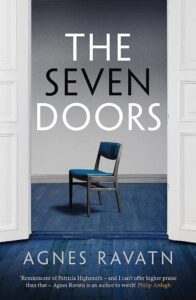 Nina, a university professor, is stressed out enough even before her tenant disappears—her doctor husband is never home, and her daughter won’t stop fighting with her. Worst of all, she’s about to lose her family home. Searching for the missing woman seems like a good enough distraction from her own problems, but Nina’s about to find out all kinds of uncomfortable truths about the ones she loves most. 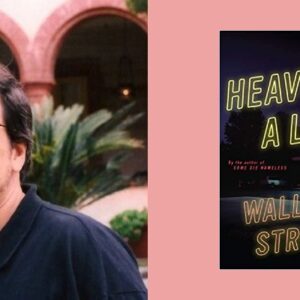 Heaven’s a Lie is the latest novel from Wallace Stroby, author of the acclaimed Crissa Stone series. Reminiscent of 1950s...
© LitHub
Back to top