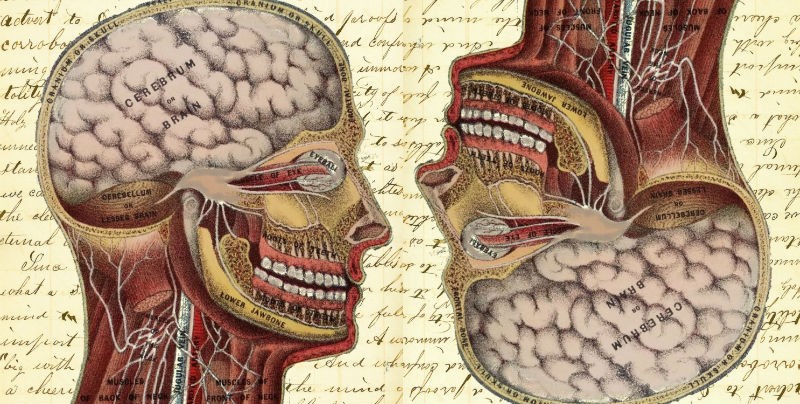 Ellison Cooper on the History & Neurology of Psychopathic Killers

“A man’s brain originally is like a little empty attic, and you have to stock it with such furniture as you choose.” — Arthur Conan Doyle

There is a perhaps instinctual human fascination with the darkest edges of the serial killer mind. From ancient Greek mythological serial killer Procrustes (otherwise known as The Stretcher), to 19th century dime novels about Jack the Ripper, to modern depictions of Dexter and Hannibal Lecter, we wonder, how did these people become monsters? Why do they commit these horrific crimes and how can we stop them?

While writing my crime thriller about an FBI neuroscientist, I set out to research the history of these questions in the world of neurobiology. Although my academic background is in cultural neurobiology, I didn’t know much about the neurology of serial killers so I decided to take a deep dive into the historical and modern research.

From the earliest record of neurosurgery in ancient Egypt over 3,700 years ago, until the late 19th century, most people believed that our brains were basically a blank slate of gray matter upon which our personalities were inscribed. Like Doyle’s “empty attic,” the assumption was that our minds were mutable, constructed upon our upbringing and experiences. Especially in Europe during the late 1800s, serial killers like Jack the Ripper were depicted in dime novels as the natural outcome of the brutish urban experience after the industrial revolution.

Beginning in the early 1900s, the notion that violence and murder were simply the outcome of social and cultural factors was challenged as people began to explore the deep interconnection between neural structures and human behavior. By the mid-1930s, as the nature versus nurture debate heated up, neuroscience became a widely recognized discipline and the first lobotomists began their gruesome experimentation on “abnormal” brains. Despite the cruelty of their work, these first neural cartographers established a clear connection between criminal behavior and specific deficits of the human brain.

Beliefs about the origin of criminal behavior began to swing away from “blank-slatism” (which often blamed the mother), toward biological determinism, viewing the brain as “hard-wired” from birth and people as little more than meat puppets acting out the directives of our biology. This theory was supported by what lobotomist Walter Freeman horrifically called, “fortunate mistakes”—accidents during lobotomies that damaged unexpected parts of the brain allowing him to observe the resulting behavioral changes. The fact that damage to the prefrontal cortex could turn a previously gentle man into a violent criminal suggested that even the most fundamental aspects of our personalities were born directly from our biology.

With the advent of modern brain scanning technologies, as well as the discovery of things like the “Warrior Gene” (the presence of which is strongly correlated with violent behavior), questions about the link between criminal behavior and biology have been taken up by thousands of researchers around the world. There is now a great deal of well-established information about the neurological differences commonly found in the brains of serial killers.

For example, serial killers have a 5 to 10% reduction in grey matter around the limbic system, the region where emotions are processed. This significant size difference is especially prominent in the amygdala, small glands that are directly linked to empathy and the regulation of fear. People with oversized amygdala tend to be super-altruists and those with smaller than average amygdala tend to be empathy-deficient.

Likewise the neural circuits connecting the limbic system with the frontal lobe are far less active in the brains of serial killers. The frontal lobe, especially the ventromedial prefrontal cortex, is involved in general planning, the inhibition of inappropriate behavior, and the regulation of higher emotions. Damage to or reduced activity in this region of the brain is linked to reduced empathy and increased impulsivity and violence.

In other words, the deficiencies commonly found in serial killer brains are, unsurprisingly, connected to behavioral results such as reduced empathy, over-confidence, increased violence, fearlessness, impulsivity, and so on—all of the traits we think of when we picture a serial killer in action. The belief that our brain structure determines our behavior peaked in the 80s and 90s just as the image of the FBI “mind-hunter” on the trail of an evil serial killer exploded in the world of crime fiction.

But biological determinism raised some very uncomfortable questions. If serial killers are nothing more than the sum of their brain matter, does that mean that they were destined to become serial killers from birth? What should we do with children that display these neural characteristics? Does the fact that their murderous behavior is neurologically mediated somehow lessen their criminal responsibility?

At the same time, the fact that 68% of serial killers suffered some form of childhood abuse and that serial killers are a largely American phenomenon (according to the FBI, 67% of the world’s serial killers are from the United States), strongly support the “blank-slate” idea that there is, in fact, a learned/cultural aspect to serial killing.

Behavioral neurology has turned out to be far more complex than originally imagined. This complexity was highlighted by UC Irvine neuropsychology professor James Fallon. Like many of his colleagues, Dr. Fallon was a confirmed biological determinist…until his own research forced him to reconsider. Back in 2005, he was conducting a research project compiling and analyzing the brain scans of psychopathic serial killers. During the project, he developed the ability to eyeball the difference between psychopathic and non-psychopathic brains.

At the same time, for an unrelated project, Dr. Fallon was scanning the brains of his family members. As he was reviewing his family’s scans, he came across one that clearly belonged to a psychopath and he assumed someone in his lab was messing with him, sneaking a serial killer brain into his own family’s stack. Dr. Fallon was shocked to discover that, not only was there no prank, the brain scan he identified as belonging to a psychopath was actually a scan of his own brain.

Upon researching his background, Dr. Fallon discovered a long family history of killers, including Lizzie Borden. He also learned that he scored quite high on the psychopathy checklist. This revelation forced Dr. Fallon to reconsider his own beliefs about free will and the neurological origins of behavior. How could he be a respected professor with the brain of a serial killer? How could he be both a psychopath and beloved family man?

Over the last twenty years, our understanding of this complexity has led to new theories about neuroplasticity (and epigenetics), moving neuroscience beyond any simple nature/nurture dichotomy. We now know that, while some parts of the human brain are hard-wired from birth, others parts are highly mutable, triggering a boom of interest in ways to “hack” our brains through games, exercises, meditation, and even magnets.

Research into neuroplasticity suggests that the abnormal brain structures of serial killers are created through a complex combination of “born with it” and lived experience. One recent study examined how when serial killers dwell on dark fantasies, they build new neural networks which then further encode those obsessions. In other words, thinking about murder more deeply entrenches a killer’s obsession with that behavior.

Fiction plays both sides of nature/nurture fence when it comes to serial killers, a symbol of the genre’s embrace of subtlety, even when depicting the most monstrous. Hannibal Lecter’s fictional past includes both childhood animal torture suggesting that he was born bad (in Red Dragon), as well as a series of traumatic events as a child (in Hannibal Rising). Likewise, Dexter is a perfect example of a child “born bad” but able to modify his own biological instincts to become what is often called a “pro-social psychopath,” (much like Dr. Fallon, who accepts the moniker “pro-social psychopath” for himself.)

Because biological determinism has viewed the brain as immutable, psychopathy was, and still tends to be, viewed as incurable. Psychopathy is still often considered by parole boards, because someone with a confirmed diagnosis is far less likely to respond to traditional therapy and is far more likely to reoffend, and even beyond prison, the diagnosis bears a heavy weight.

With an extensive history of nuanced explorations of serial killers, I can’t help but feel that crime fiction has long understood these complexities of psychopathic minds.

However, armed with data suggesting that neural structures can be altered, neuroscientists have begun asking fascinating new questions about the ways that we might be able to neurally discourage criminal behavior. Building on theories of neuroplasticity, a number of neuro-pharmacological treatments are in development for psychopathy. Even more promising, the Mendota Juvenile Treatment Center in Wisconsin has been experimenting with an intensive treatment aimed at rewiring the brains of extremely violent children displaying psychopathic traits. By emphasizing positive reinforcement to “retrain their neural reward centers,” this program has dramatically reduced the recidivism rates of those treated.

With an extensive history of nuanced explorations of serial killers, I can’t help but feel that crime fiction has long understood these complexities of psychopathic minds. With emerging avenues of research into neuroplasticity and the interplay between nature and nurture, neuroscience could perhaps learn something from the subtle understanding of serial killers explored by centuries of crime fiction.

Ellison Cooper has a Ph.D. in anthropology from UCLA, with a background in archaeology, cultural neuroscience, ancient religion, colonialism, and human rights. She has conducted fieldwork in Central America, West Africa, Micronesia, and Western Europe. She has worked as a murder investigator in Washington DC, and is a certified K9 Search and Rescue Federal Disaster Worker. She now lives in the Bay Area with her husband and son. Ellison is the author of the novel, Caged. 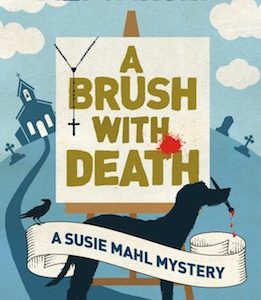 It occasionally crossed Alexander, Earl of Greengrass’s mind that his past would come back to haunt him. A perfectly human...
© LitHub
Back to top