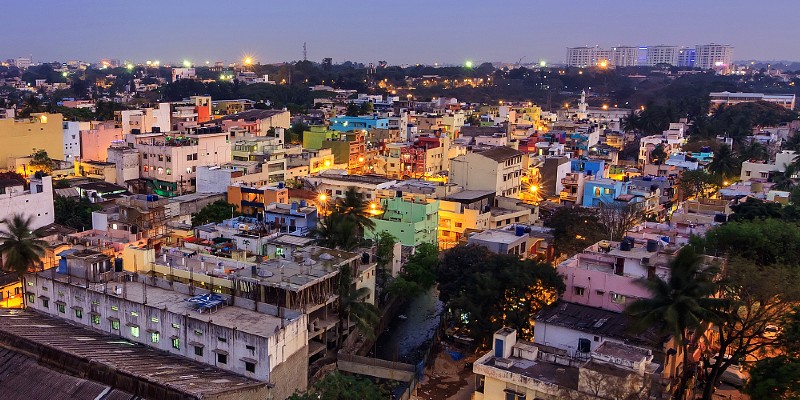 With a booming economy, new wealth, and millions of India's hopefuls and dreamers, Bangalore also has a dark underbelly.

Bangalore, officially now called Bengaluru, is the capital city of the Indian state of Karnakata in south west India. Eleven million people in what is now India’s third largest city. The country’s ‘Wild South’ and also one of India’s ‘Garden Cities’. But, of course, most people now think of Bangalore as ‘India’s Silicon Valley’, home to an estimated 7,700 millionaires and eight billionaires with a total wealth of US$320 billion. And, as we all know, where there are that many millionaires and billionaires with that much money there will be some crime too just as night follows day.

If any book has made English language readers more aware of Bangalore then it’s probably Aravind Adiga’s The White Tiger (2008), which sees aspirational villager Balram Halwai move to New Delhi to serve a wealthy family but, after some criminal twists, he ends up in the booming Wild South of Bangalore amid its technology and outsourcing centres chasing his very own Indian Dream. That the novel won the Booker Prize in 2008 raised plenty of awareness while more recently the Ramin Bahrani movie adaptation for Netflix shows us the city in all its skyscraper glory.

Anita Nair’s A Cut-Like Wound was one of the most talked about and admired international crime novels of recent years after it was published in 2014. Set during the start of Ramadan in heat-soaked Bangalore it follows a young man as he transforms into Bhuvana, a hijra, a transgender seeking love in the bazaars of the city. Later that evening Bhuvana’s corpse is discovered with a cut throat. What was Bhuvana’s connection with the wealthy, corrupt Corporator Ravikumar, who lives in a mansion as grand as the Mysore Palace and controls whole districts of Bangalore? And what are the perils of being a member of the hijra community in Bangalore? Inspector Borei Gowda is appointed investigating officer. Nair lives in Bangalore and has published several novels of literary fiction before, although A Cut-Like Wound was her first crime novel. Nair obviously enjoyed the genre as Inspector Gowda has returned in another novel, Chain of Custody (2016), to investigate an old murder of a prominent Bangalore lawyer in a luxury gated community. Gowda finds himself embroiled in Bangalore’s child-trafficking racket and enters the very darkest side of the city.

The Gangster’s Gita (2019) by Agni Sreedhar is set in 1990s Bangalore, a time when the city was even more the Wild South than it is today. The novel is the story of a hitman and his victim. What makes The Gangster’s Gita particularly interesting is that Agni Sreedhar (or sometimes spelt Shridhar) is a former Bangalore gangster turned newspaper proprietor, playwright, screenwriter, TV producer, and author (suggesting that Balram Halwai in The White Tiger is perhaps not that extraordinary a character!).

Sreedhar has told his own story too—My Days in the Underworld: The Rise Of The Bangalore Mafia (2013) charting his rise from law school student and minor member of the Indian Civil Service before he turned to a life of crime and became a notorious figure in the 1980s gang wars that were fought out across the city. Eventually Sreedhar rose to become a boss, or a ‘Don’ in local parlance. Of course, My Days in the Underworld is entirely Sreedhar’s version of events which perhaps not everyone might agree with, but does give a flavour of the city’s rise from provincial city to globally renowned tech hub in the 1980s and 1990s.

A more detailed and impartial account of Bangalore’s underbelly comes from Jyoti Shelar, a Bangalore journalist specialising in the organised crime milieu in the city. Bhais of Bengaluru (2017) is a history of Bangalore’s underworld detailing the ruling ‘Dons’ who, along with the city’s own economic expansion, grew from small-time extortionists in the 1960s to major organised crime figures in India. In the early boom years of the 1980s and the 1990s most notorious Dons such as Muthappa Rai, Sreedhar, Boot House Kumar aka Oil Kumar, Bekkina Kannu Rajendra and Srirampura Kitty, all emerged.

As a contrast Nilanjan P Choudhury’s The Case of the Secretive Sister (2014) is a cozy crime comedy. When little Pinky Chaddha flunks the nursery entrance exams at Bangalore’s snootiest school, her ambitious parents hire the one man who can secure her admission—Mr Chatterjee, the sole proprietor of the Chatterjee Institute of Detection and a reluctant investigator of Bangalore’s missing cats. Also, for Young Adult readers interested in Bangalore perhaps Vinay Ramakrishna’s Bangalore Chronicles: A Kidnap (2015) is a good read. The novel follows Vishu and his three Engineering College friends, Sivu, Avi and Srini. Vishu is distraught when his three friends go missing and enlists the help of Inspector Aditya Shetty to move through their sprawling city to find the trio.

And finally, it’s hard to move through the world of Bangalore crime writing without encountering the rather un-Karnakata name Zac O’Yeah. Zac O’Yeah is actually a Swede, from Gothenburg, living in Bangalore and, among a variety of other pastimes, writing crime novels set around the city’s raffish district called Majestic, best known for its cheap hotels and the Kempegowda Bus Station where most people without money arrive in the city. O’Yeah arrived as a backpacking traveller across India, decided he liked the Majestic district and, stayed finding work as a translator, playwright, theatre director, designer, producer, and occasional performer.

O’Yeah has written a number of novels featuring his local hero Hari Majestic, a tout and petty conman who establishes his own detective agency. In the first book in a series featuring Majestic Hari: A Hero for Hire (2015), he investigates a case of suspected marital infidelity, ends up with a broken leg, and finds himself in a very shady hospital. In Mr Majestic: The Tout of Bengaluru (2016) Hari Majestic encounters a foreign tourist, a girl originally adopted from India, has come back to pursue a career in cinema (Bangalore has its own variant of Bollywood known as Kannada cinema, or more commonly ‘Sandalwood’). Only then she disappears.

O’Yeah’s novels are somewhat surreal and Hari must encounter armed torpedoes, monsoon floods, riots, and his own existential fears of possibly being reborn as a dog. Hari finally reappears in Tropical Detective: A Hari Majestic Mystery (2017) trying to hold down a steady job as an ATM night guard even though his business—the Diamond and Majestic Investigations Private Limited—is still going. An idol is stolen and, according to Hari’s good friend Pandit Pundit the astrologer, it must be found and returned. Hari is back on the job.

Nothing seems immediately likely to stop Bangalore’s furious growth—even with a pandemic in full effect globally Bangalore’s economy is still growing at over ten per cent a year. New blocks of luxury apartments rise up into what is a rather smoggy skyline but Bangalore remains a draw for hopeful and aspirational young Indians looking to escape the countryside villages and make it in the big city. Among them will be a few criminal entrepreneurs too. Bangalore’s crime scene it seems is also only set to expand. 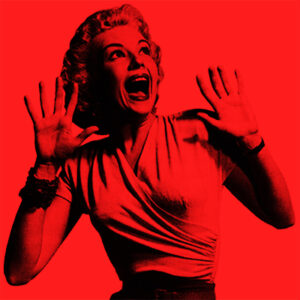 In crime and mystery novels, predictability is one of the most complicated elements of the narrative—but balancing it correctly...
© LitHub
Back to top