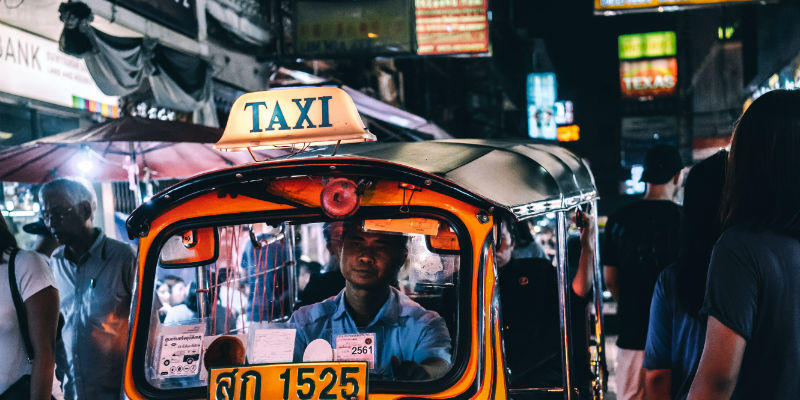 How Bangkok Became a Capital of World Noir

Bangkok has long been a favored destination for expats in Asia—the number of retired diplomats, old Asia Hands and long-term sojourners has produced a healthy writing culture in English in the Thai capital. Much of that writing has been crime fiction (usually of the noir variety), perhaps due to the number of foreign residents of Bangkok with backgrounds in intelligence, journalism and the sort of grubby corporate investigations that are part and parcel of Asian business life.

Christopher G. Moore is a former Canadian law professor turned writer of both fiction and nonfiction about his adopted home of Thailand. The Vincent Calvino private eye series features an ex-New York lawyer of half-Jewish and half-Italian extraction who ends up in Bangkok as a PI. The books are hard-boiled: think Raymond Chandler in a Thai night market on a typhoon night. There are now sixteen books in the Calvino series starting with Spirit House (1992) right through to the most recent, Jumpers, published in 2016.

Moore was perhaps the first successful Bangkok-based writer to start producing locally set noirs that explored the city’s neon-lit back streets and bar areas. However, the best known of the foreign (or farang as Europeans are generally known in Thailand) crime writers in Bangkok is probably John Burdett. Burdett, a policeman’s son from London who “earned a small fortune” in Hong Kong as a lawyer, “retired” to Bangkok and was looking for something else to do. His debut novel Bangkok 8 (2003), although not the first crime novel set in the city, was far and away the best to date. Bangkok 8 became legendary reading for those passing through Southeast Asia’s bookshops and airports. It initially sold 100,000 copies in the USA and has since been sold into nineteen other territories, remaining a perennial bestseller.

Bangkok 8, which has its surreal, seemingly drug-induced, moments, was the first in a series featuring Detective Sonchai Litpleecheep, a Thai cop whose mother was a prostitute and father was an American soldier during the Vietnam War (Bangkok was a major R&R destination for US soldiers during that conflict). The sequels Bangkok Tattoo (2005), Bangkok Haunts (2007), The Godfather of Kathmandu (2009), Vulture Peak (2012) and Bangkok Asset (2015) have all found a loyal readership. Some critics in Thailand, including the local police, didn’t much like the portrayal of them as often looking the other way when it came to illicit sex, people trafficking and drugs. Additionally, critics in the US did not universally praise Burdett’s novels—some didn’t like his trawl through the seedy bar streets and red-light district of Bangkok, but to those familiar with the city, the descriptions, while not always easy reading, did strike the reader as truthful. There’s been talk of a movie of Bangkok 8 for years, though unfortunately it hasn’t happened yet.

Article continues after advertisement
Moore and Burdett had hit on something—that Bangkok was a place where international drifters and those looking to get beyond the long arm of the law had long congregated.

Moore and Burdett had hit on something—that Bangkok was a place where international drifters and those looking to get beyond the long arm of the law had long congregated. In recent years that’s become a bit more difficult, as the Thai government and police have cracked down on many of the rackets these drifters and criminals came for. There have been concerted campaigns against sex trafficking, prostitution of underage girls and restrictions on the “girlie bars” of the notorious Patpong district. Additionally, more strike hard campaigns have targeted illegal ivory and rhino horn smuggling, blood diamond trafficking, and methamphetamine dealing. These campaigns revealed an international underbelly surviving amid the hawker stalls and cheap hotels, with Russian, African, Australian and European criminal elements mingled together. Still, the backpackers continue to congregate amid the cheap eateries, tattoo parlors and hostels along the Khaosan Road (where Alex Garland’s 1996 bestseller The Beach began its mad journey).

So many Bangkok sojourners have turned to crime writing that it seems to be the number one hobby of foreign men living in Bangkok! While not all are finding large international audiences there is a sizeable market in Thailand and across Asia for English language readers who want crime novels set in locations they recognize. Bangkok-based James A. Newman has begun a series of Thailand-set novels featuring fraud expert Joe Dylan. Bangkok Express (2012) takes in the capital city as well as the backpacker island mecca of Koh Samui. Next came Red Night Zone (2013), set in Bangkok’s S&M underworld, and The White Flamingo (2013), where a serial killer comes to the city targeting women in the vice trade. Newman certainly seems to have the lifestyle and background one would expect of a Bangkok-based noir writer—he came to the city in 2001 after leaving rehab in London. Newman claims to have lived “in ten-dollar hotel rooms and survived on chemical whiskey and raw luck.” As background he cites a love of pulp and a frenetic period of short story writing which led to the Joe Dylan novels.

Two lesser-known Bangkok crime writers are Timothy Hallinan and Simon Royle. Hallinan splits his time between LA and Bangkok and has created the eight-book Poke Rafferty series. Rafferty is a travel writer living in Bangkok with a Patpong bargirl (this is actually a fairly common expat type in Bangkok). Each of the books, beginning with Nail Through the Heart (2008) is a standalone thriller, but there are also series long narrative arcs. Patpong and the red light district are Hallinan/Rafferty’s stomping grounds: The Queen of Patpong (2011) is a tour of the seamier side of Bangkok life, while the latest in the series, The Hot Countries (2015), has a bunch of old barstool hugging codgers stepping in to help Rafferty in his hour of need (again, a not uncommon type of e-pat male in Patpong). Royle is another Englishman living out in Thailand. He’s self-publishing his series—Bangkok Burn (2010), Bangkok Wet (2011) and a promised third in the series Bangkok Heat yet to come. Bangkok Burn is set amidst the political turmoil that engulfed Thailand in 2010 and ended in a military crackdown on the streets with approximately a hundred civilian deaths. In amongst this turmoil are Por, a Thai mafia leader and Chance, his adopted western son. Chance returns in Bangkok Wet, a novel this time set against the backdrop of the terrible flooding that engulfed most of Thailand in 2011.

Many of the expat writers based in Thailand have delved into other parts of the region too and taken their characters to Laos, Cambodia, Singapore, etc. Jake Needham is typical of this roving crime style (and I have mentioned him before in Crime and the City Singapore). Needham has been called “Michael Connelly with steamed rice” by the Bangkok Post newspaper. Originally from Houston, Needham worked around Asia and finally settled down to married life in Bangkok. His 1999 The Big Mango (well, if New York is the Big Apple then Bangkok…) is considered a classic of the farang crime writing style—featuring freelancing CIA agents, tough-as-nails Vietnamese secret policewomen, a large amount of missing Saigon bank money and a downwardly mobile lawyer from San Francisco named Eddie Dare scratching a living in Bangkok in the middle of it all. The Big Mango is consistently rated one of the best crime novels set in South East Asia and for good reason. It is part Michael Connelly, but also part Carl Hiaasen, and all steamy and frenetic Bangkok. Needham also has a geographically roaming series of novels featuring high-flying international lawyer Jack Shepherd. There are five books in the Shepherd series with the first, and probably the best, The Laundry Man (2002), set in Bangkok, with missing money creating a trail over to Hong Kong and then back to the Thai resort island of Phuket.

Article continues after advertisement
What would be really great though is if we could more of a glimpse of the city and its underworld through Thai eyes.

The expat Bangkok crime-writing scene is so established that there’s a Bangkok Writers Guild composed mostly of expat noir writers. It’s true that native Thai crime writers are sadly few and far between and remain untranslated where they do exist. Newman has co-founded Night of Noir, regular events bringing together local Thai writers of all genres and expat crime writers with visiting crime authors to share work and readings. Crime and noir short stories are also popular: Burdett, Moore, and other writers all contributed to a collection Bangkok Noir in 2011. Another contributor was long serving Bangkok-based writer Dean Barrett. Barrett, who served in Thailand with the US Army as a Chinese translator, has been a prolific writer for 30 years. Among his output (far too numerous to name them all here) are Skytrain to Murder (2003) and Permanent Damage (2014), featuring ex-CIA agent Scott Sterling who is broke and reduced to living over a Bangkok bar. Barrett was going to write a third Sterling novel, but the apartment building he chose as the location of his lead character’s digs was torn down and he lost the heart to continue!

Bangkok-set crime fiction seems to be finding two major audiences. First, there are the readers in the region keen to see crime novels set in places they recognize and then, second, there are crime reading audiences internationally who are drawn to Bangkok as an exotic and wonderfully foreign locale. Bangkok today is mega-malls of European luxury brands and BMWs with tinted windows, the Skytrain and soy lattes, but it’s also still temples and tuk-tuks, floating markets and older concrete apartment blocks crumbling in the humidity. The expat coterie of Bangkok crime writers have done a great job turning out consistently good (for the most part) thrillers set in the city. What would be really great though is if we could more of a glimpse of the city and its underworld through Thai eyes. 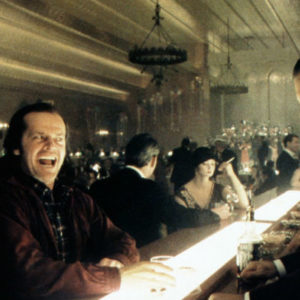 A unifying characteristic of any great horror story is the isolation of the characters. And if you take a minute to think...
© LitHub
Back to top