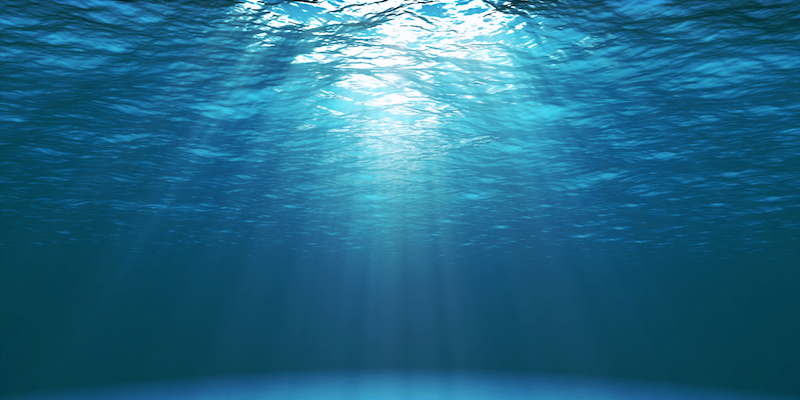 In Plain Sight: Barbara Bourland on Writing Under the Surface

On keeping the mystery simmering, right beneath your nose.

Lately I have needed novels that not only keep but wholly command my attention, which means most books are out. I don’t have the emotional bandwidth for a tender friendship or the patience to follow a trail to a dead body. I can’t bear to hope for an alternate universe—and I don’t want to read about the one I’m currently in, either. None of the usual formats are even remotely sufficient. I need to be captured, made into an active reader, solve a puzzle from the get-go in a world that looks like one thing but is gradually revealed to be another. I want tricks of the light, sleight of hand—anything that keeps my eyes on the ball. I want to follow a primary narrative underwritten with a heretofore invisible girding, doubling or tripling the meaning of everything that came before it. To sense the mystery right up front—then never quite catch it, not until the last page.

Coincidentally, this is also what I try to write. As such I’ve been thinking about the practical tactics that make this sort of thing possible, the dimensions that allow you to build a two (or three! Or five!) -faced story.

The outermost, structurally, is voice and its context: who is saying the words on the page, and to whom are they speaking? To zoom that far out is to begin with third-person omniscience, a voice sitting by the fire and reciting the tale post-facto with limited insight into each character. Also known as free indirect discourse, third omniscient is found in a stunningly wide variety of works, from Pride and Prejudice to Things Fall Apart and of course many of the classic mystery novels by Agatha Christie. It allows the narrator to drop clues anywhere, in a precise order, so that the reader may put them together in time for the ending; in that way it’s relatively straightforward.

This also makes it challenging to double up on it, to build a second, less obvious narrative beneath it—unless you go whole hog and douse the narrative from the start with masked references, which Zakiya Dalila Harris did to great effect in The Other Black Girl. In this razor-sharp satire, Nella, an editorial assistant, is transformed by her attempts to befriend the only other Black woman at the publishing house where they both work. What seems at first like the story of young woman trying to find her footing in the slippery shoals of a racist, classist workplace quickly becomes a speculative horror novel about the greater dangers of losing yourself entirely. Harris, who previously worked as an assistant editor at Knopf, deftly manipulates the presumption of shared experiences between Nella and Hazel to simultaneously obscure and reveal the plot; it is in the things they exchange—work assignments, friendships, beauty secrets—that the novel develops its central mystery.

Harris told me over email that this has the neat trick of staying under the radar, in terms of its significance, for most readers. For whether you understand the emotional history and context of what Nella and Hazel share—or not—it still stays beneath your nose until the twist happens. “That’s my favorite kind of narrative to read and watch,” Harris told me. “Gone Girl by Gillian Flynn; The Silent Patient by Alex Michaelides; Rosemary’s Baby by Ira Levin; and shows like The Twilight Zone, Black Mirror, and Severance). I love being unsettled in the beginning of a story and not really knowing why—or not knowing the real reason why until much later on.” The practicalities of structuring the novel that way came in later revisions, however. “I wrote the first draft of this book through Nella’s perspective. This allowed me to then go back and fracture it, play with it, rework it. It also helped me realize I could up the mystery even more by including the perspectives of the three other women in the book whose lives also intertwine with hers. When I went back into the draft again, it made questions like, ‘When should Nella discover this?’ and ‘How much should the reader know in this moment?’ much easier to answer. I’d been trying to do that in the first draft, but it was much easier to go back and lay those easter eggs once the foundation was there.”

Another way to maintain a third-person omniscient mystery that lives just out of reach is to frame it—to set it within an additional context that creates more space, maintaining multiple points of view or epistolary formats side by side. Trust by Hernan Diaz uses four different formats that become progressively interior, from a novel-within-a-novel to an outline of an autobiography, a memoir, and a diary entry. All four circle around the single marriage of a wealthy Gilded Age couple whose fortunes transformed the world, once upon a time, bringing us closer and closer to the truth at the heart of it as we continually revise our understanding of what we’ve just read. Diaz, who has a PhD in Comparative Literature, and is the editor of an academic literary journal, approached his fictional story as if it weren’t fictional at all, using a process steeped in research and regulation. When I interviewed him earlier this year onstage at The Lost Weekend literary festival in Baltimore, he noted that the construction of so many separate voices came from developing actual copy guides for the way each character spoke—which frankly I don’t think I’ve ever heard another person say out loud before but in retrospect makes sense, given how effectively different the four sections of the novel feel. For the basic problem created by having multiple narratives and points of view within the same text is that at the end of the day, they’re being generated by the same writer. Shifting voices is not as simple as opening up the copy guide and following the rules for house voice, like you might do at a new job—unless you make it that way, like Diaz did.

If you find all that multiplication too complicated, and want to stay within a single character, there’s still a limitation: we, the reader, can only know what they know, or else the game is up too soon. That’s where frame of mind comes into play. If the narrator is too insecure, too heartbroken, too anxious or too preoccupied to see the forest for the trees, then the reader won’t either, even as the characters and contexts may outright state the obvious. Amy Gentry has done this spectacularly in all three of her novels: Good as Gone resets one woman’s narrative again and again, mirroring ways that trauma can motivate someone to undergo a whole cloth remake of their life; Last Woman Standing follows a comic who is both the last woman in a chain of events and the one forced to speak on its behalf; the protagonist of Bad Habits is a college professor who revisits her time in graduate school and its elite flavor of brain-altering emotional abuse. The facets of abuse and its aftermath that she explores are not only about damage, but healing, too; her characters come up against things they cannot see without breaking their worlds apart into smithereens. And as Gentry told me over email, her novels employ doubling in a variety of other ways, including queer subplots, which broadens the landscape for romantic entanglement and resonance. “As a bi woman married to a man, I think bisexuality, because it’s often de facto “hidden” in people who are in straight or gay monogamous relationships, is one modern way of exploring this type of duality. I never want to use it as The Big Secret—I think that’s outdated—but I like it as a grace note.”

When I asked her to comment on frame of mind as a technique, Gentry—who has a PhD in English Literature—adeptly pointed out that it is, of course, not new:

“Henry James wasn’t the first to grasp how productive this kind of limitation could be, but in Turn of the Screw he saw that you could use a seriously occluded first-person perspective to fool the reader, just as Gillian Flynn did a century later. You could say that if Poe invented the detective story, Henry James invented the modern psychological thriller. [Patricia] Highsmith rewrote Henry James’s late novel The Ambassadors, in which a limited (and highly occluded) point of view is used most poignantly, as The Talented Mr. Ripley. And of course Bad Habits is kind of a rewrite of The Talented Mr. Ripley, just like Last Woman Standing was a rewrite of Strangers on a Train… [Occlusion] can lead not just to victimhood, but to villainy.”

Inhabiting the sympathies, empathies, and habits—good or bad—of a protagonist can go a long way in keeping the reader from seeing the truth in clear light.

Finding the balance between the premise (for me, this generally comes in one complete thought) and the structure of the narrative is the work of writing a novel, of making something that is not only for the writer but for the audience. It took me almost five years to smooth out the architecture of my own third book, The Force of Such Beauty—in which a retired athlete, married to a prince, reevaluates her life—to find that trick of the light and cast it just so. I’m certain, of course, that there are more ways of showing and telling that distract as they entertain; that I can’t see something maddeningly obvious, standing just out of frame. Yet the discovery of what that might be will happen because I started looking, and thinking, and asking; because I was made into an active reader, by novels and writers that didn’t underestimate their audience. Feel free to bring one or two to my attention in the comments. Nothing will make me happier than finding out what I’ve missed. 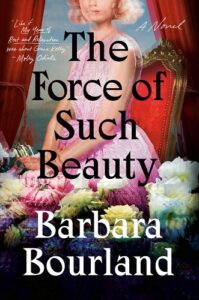 Barbara Bourland is the author of the critically acclaimed I’ll Eat When I’m Dead. Bourland is a former freelance writer and web producer for titles at Condé Nast and Hearst, among others. She lives in Baltimore with her husband and dog. Her second novel, Fake Like Me, is now available from Grand Central Publishing in North America and from riverrun abroad. Fake Like Me was written with support from The Wassaic Project in Wassaic, NY, where Bourland was a resident over the winter of 2017-2018. Barbara Bourland’s third novel, The Force of Such Beauty, is out July 19th from Dutton. She lives in Baltimore. 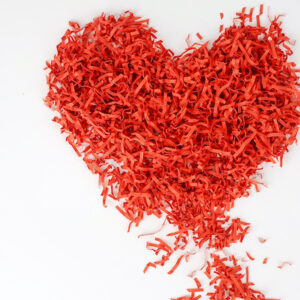 Just Like Home is dedicated "to everyone who ever loved a monster." It is the easiest thing in the world to love a monster....
© LitHub
Back to top