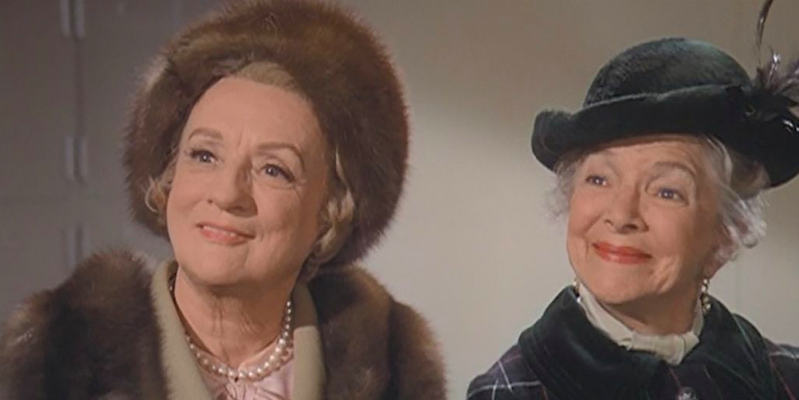 That's Ernesta Snoop and Gwendolyn Snoop Nicholson, to you.

Here at CrimeReads, we love when our fictional detectives are also writers. You might not have heard of The Snoop Sisters, a largely-forgotten, short-lived detective show from the 1970s, about two single, senior-citizen mystery writers who moonlight as sleuths (if you have heard of it, hooray!). Although it has since fallen into obscurity (though I’m not super confident many people even watched it back when it was on), it is a crucial link in taking the older, female amateur detective character from Miss Marple to Jessica Fletcher.

The Snoop Sisters aired on NBC from 1973 to 1974, as part of a rotating weekly movie block, that also included George Peppard’s PI series Banacek. There are only five 90-minute-long episodes (and you can watch three of them in full on YouTube). The two protagonists, Ernesta Snoop and Gwendolyn “G” Snoop Nicholson, were played by the elderly acting legends Helen Hayes and Mildred Natwick, respectively. Gwendolyn, a widow, takes dictation for her sister Ernesta’s bestselling mystery stories (she, herself, is a poet), and while they perform this perfectly mild occupation, the two ladies stumble onto outlandish crimes, and take it upon themselves to solve them.

In its five episodes (a pilot, and then four follow-ups), the show had an incredible slate of guest-stars, including Academy Award-winners Art Carney and Geraldine Page, Academy-award nominee and old-school leading man Walter Pidgeon, silent screen legend and Academy Award nominee Paulette Goddard, Alice Cooper (yes, that Alice Cooper), Roddy MacDowell, and Vincent Price, as a former horror star suspected of murder. Both Hayes and Natwick were nominated for Emmys for their roles, with Natwick winning.

The sisters are a sharp and clever, with G a little less sarcastic than her eye-roll-prone sister. But they are adorable, and frequently underestimated by nearly everyone; for this, they do resemble Miss Marple. But they are also able to do what Miss Marple does not; unite their mystery-solving pastimes with a career that can provide a kind of capital for this. Miss Marple is dismissed more often than not, and her frequent labor in sleuthing makes her re-assert her cleverness, her observational prowess, and her deductive skills. The Snoop Sisters, like Jessica Fletcher, are also written off many times, but by being mystery writers, they make their amateur sleuthing ultimately work for them. 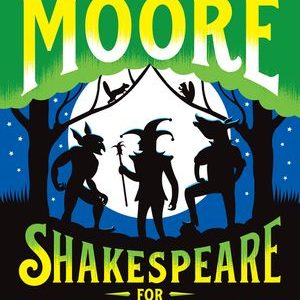 First, a Note from the Author: Shakespeare for Squirrels, essentially, is a murder mystery set in the fairy wood of A Midsummer...
© LitHub
Back to top