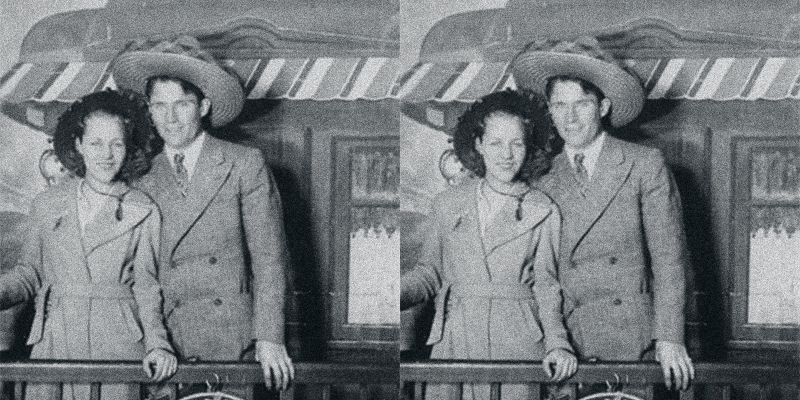 Bonnie and Clyde weren't the only couple robbing banks and capturing hearts in the 1930s.

Under an Outlaw Moon follows the true story of Bennie and Stella Mae Dickson. He’s reckless and she’s an outsider longing to fit in. When they pull off a bank robbery to celebrate her sixteenth birthday, their lives take a turn that they never could have imagined.

In late August, 1938, Bennie and his new wife, Stella, walked into the Corn Exchange Bank in Elkton, South Dakota. With guns drawn, they were faced with having to wait thirty minutes for the vault’s time lock to release. Keeping their cool, they assembled employees and customers against a wall, and without a shot being fired, they robbed the bank of just over twenty-one hundred dollars. Driving to his family’s farm, across the state line to Tyler, Minnesota, Bennie hid the money on the property.

In the months that followed, they lived a relatively normal, quiet life. Bennie showed off his bride to his family, and they visited her relations. All the while he pursued a legitimate livelihood and looked forward to enrolling in college.

As the money dwindled and his efforts to improve himself and their lives fell short, he turned his attention to planning another robbery. Selling Stella on the idea and teaching her to shoot, they headed back to South Dakota.

Just a few miles northwest of the first bank they hit, they entered the Northwest Security National Bank in Brookings. Again, they found themselves in the predicament of having to wait out the vault’s time lock—for an hour and a half. The couple remained calm and polite. Posing as a bank inspector, Bennie kept his pistol and shotgun out of sight behind the counter, compelling the bank staff to deal with the customers as if nothing was wrong. Stella, looking more like a schoolgirl than a gun moll, kept watch out the front door, desperately waiting for the time lock to pop open as over fifty customers came and went freely to do their banking. During a lull in the activity, Bennie bought a topcoat hanging on a coatrack from one of the bank employees, negotiating a price, then paying for it with money he took from the cash drawer.

The media dubbed them ‘the time lock bandits’. And J. Edgar Hoover took an interest in the couple, painting them with the same brush as Dillinger, Karpis, the Barkers, the Barrows, “Babyface” Nelson, “Pretty Boy” Floyd, and others, all notorious outlaws of that era. Dillinger’s gang alone robbed twenty-four banks, four police stations of their arsenals, staged jail breaks, and terrorized the midwest, leaving a wake of bodies. Bonnie and Clyde Barrow committed thirteen murders as they robbed a string of small-town banks, restaurants and gas stations.

Despite the lack of violence and pulling off only two robberies, Bennie and Stella were bumped to the top of the FBI’s most wanted list, becoming the focus of a massive manhunt—wanted dead or alive.

Article continues after advertisement
Despite the lack of violence and pulling off only two robberies, Bennie and Stella were bumped to the top of the FBI’s most wanted list, becoming the focus of a massive manhunt—wanted dead or alive.

I came across the Dicksons while researching for another novel set in the same time period. How they were portrayed by the media, and treated like hardened criminals by the FBI and local law enforcement, was unjust. It seemed in sharp contrast to who I discovered them to be. Bennie and Stella’s story intrigued me and became one I wanted to tell.

Bennie was the son of a respected high school chemistry teacher, and a distant relative of the nation’s twenty-third president, Benjamin Harrison. At ten, Bennie, along with his older brother, Spencer, rescued a woman from drowning in one of Topeka’s Central Park ponds. Both boys received commendations from the mayor. Spending eight years in the Boy Scouts, Bennie did a good deed every day before getting in with the wrong crowd. Having committed some minor crimes, he served time in the reformatory. Then he was sent to the Missouri Penn for his part in a botched bank robbery. After serving his time, and with his past mistakes behind him, he moved back to the family home. He took to studying law while working on an amateur boxing career, wanting to make his family proud.

Hailing from the poor side of town, Stella Mae Irvin was born into a turbulent home, her parents divorcing when she was two. After her mother left Stella’s abusive father and remarried, life in the family home settled down, and Stella stayed close to her mother and younger brother, Junior. Described as a typical teen, although often moody and angry, she remained an A student, was considered to be attractive, naive and thirsty for love and attention.

When Bennie met fifteen-year-old Stella at a Topeka rollerskating rink in June, 1937, the sparks flew, and Bennie knew he wanted to be with her, and the couple secretly planned to marry as soon as she turned sixteen. Through his own misfortune, Bennie had an altercation with the son of a prominent member of the community. To avoid arrest and the chance of being sent back to the state pen, he left town without a word.

That Halloween, now alone, Stella accepted a ride from a stranger that turned her life upside down. Shamed and wanting nothing more than to say farewell to her hometown, she jumped at the chance when she received a letter from Bennie after all those months apart. He asked her to join him in California, still wanting to marry her. While she traveled by train dreaming of their new life together, he was faced with finding ways to support them through the tough times.

In getting to know them, I saw their devotion to each other and their families. They were simple, decent people, somewhat bruised by life. As I deepened my research, I came to understand how the hard times of the depression era also shaped them and the choices that they made. Like many, Bennie and Stella had a desire for a tomorrow where they could raise their children and live the American dream. They just chose the wrong road to get there. 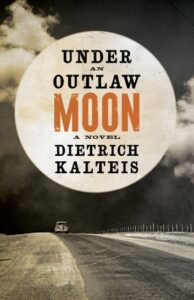 Dietrich Kalteis is an award-winning author. His debut, Ride the Lightning, was hailed as one of the best Vancouver crime novels. He lives on Canada's west coast, in Vancouver, British Columbia, and spends as much time as possible in California. 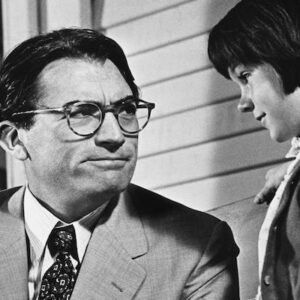 Family is messy, and let’s face it: literature thrives on mess. Fiction, it seems, is chockfull of unpleasant and even...
© LitHub
Back to top