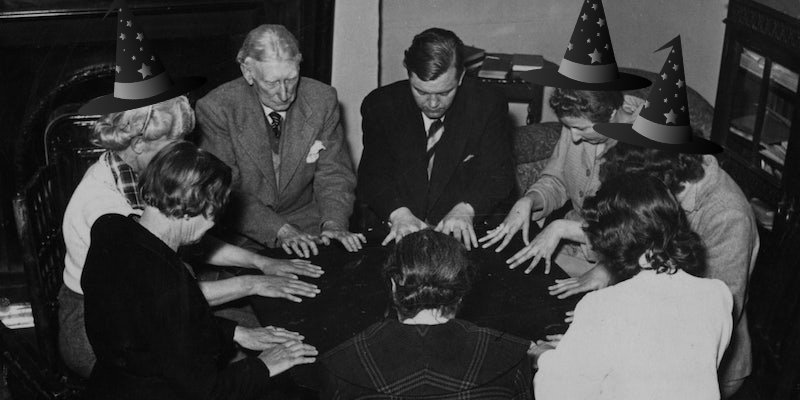 When readers browse the genre shelves at the bookstore, they are looking to sign a contract with the writer: I, the undersigned, will purchase and read this book, but only under the following terms. They are shopping for a particular genre because they know what they like and don’t like. This is precisely why genre categorization—while sometimes opaque to outsiders, and even frustrating to writers who might feel boxed in or marginalized—is so vital. Readers have limited time but nearly limitless options. Properly adhering to the contract terms of genre is a service writers do for any would-be (or shouldn’t-be) readers.

And yet of course it isn’t so simple. Writing genre is not simply about meeting readers’ expectations, but managing them.

A genre reader knows what they like and wants more, but not just more of the same. While there can be some satisfaction in reading a beloved book again and again, nothing replicates the discovery of that first time. That’s what keeps us coming back to the bookstore. We don’t want to be stuck with a book that just isn’t for us, but we also don’t want to read a book we’ve essentially already read a dozen times before. The terms of the contract are helpful guiderails and they allow the reader to comfortably sit back, settle in, and say, “Great, now surprise me.”

Writing genre is not simply about meeting readers’ expectations, but managing them.

It is in that need for the genre writer to both meet and subvert their readers’ expectations that the joy of mashing multiple genres together can be found.

The trappings of a specific genre—those contract terms set by the reader—are called tropes. The harried spy scanning the city street with darting eyes, looking for someone just a little out of place. The detective nearing the end of his rope, out of clues and out of time, hearing that seemingly unrelated word or phrase that makes everything fall into place. The magician, exhausted by the toll their supernatural abilities take on their body, getting up from their knees one last time to face the great evil. These are all familiar to genre readers, and sometimes too familiar. Tropes employed too often—and with too little innovation—become clichés, for which genre readers have justifiably little patience.

But by sampling tropes from multiple genres, we can breathe new life into familiar situations and avoid cliché. What changes for our harried spy up above if she lives in a world where magic can allow people to swap faces? How does the detective’s story shift when he’s solving a mystery on a space station orbiting a dying star? What more do we learn about our magical hero’s journey when it takes them not across an analog of medieval Europe, but the dust and tumbleweeds of the American West?

Of course, placing a story for one genre in the setting of another is not enough by itself. The idea of innovating by setting something IN SPACE! is a laughable cliché all its own. It is just as easy to write a lifeless story in two genres as in one, and there are new dangers, as well. Genre is a contract, after all, and a reader will rarely forgive a breach of that contract. They’ll remember it when they return to the bookshelves and they’ll pass over the author’s other work. They’ll let their friends know. Don’t trust this book, they’ll warn. Didn’t do what it promised. There are just too many good books and not enough time. So if a book is meant to draw readers from multiple genres—a laudable achievement in a publishing business always looking to expand their reader base—the writer has now doubled the expectations to be managed.

By sampling tropes from multiple genres, we can breathe new life into familiar situations and avoid cliché.

There is also a danger of turning readers away with the elements of unfamiliar genres. While genre is a vital tool in helping people find books they love, it can also easily become a silo. Going back to the same shelves each time builds an inertia that can be hard to adjust. Worse, because they are ubiquitous and easily mocked, it is often a genre’s clichés that have the widest reach, leading readers in one silo to look down on another. The same trope might be comforting to one reader, but silly to the next. So a fan of locked-room mysteries might pass on Mur Lafferty’s brilliant Six Wakes because her locked-room is a spaceship. Or an avid consumer of police procedurals might balk at the hugely entertaining Midnight Riot by Ben Aaronovitch because the first witness our hero interviews happens to be a ghost.

But while dangers abound for stories working in multiple genres, the benefits are equally numerous. Though tropes are the obvious components of genre, it is also important to think about the role that theme plays. Genre books sometimes have an unfair reputation for being only about plot or action, with only “literature”—whatever that means—saying something meaningful about humanity. But of course this is nonsense. If the dangers faced by a character feel real, and their emotions are authentic, then any story can speak truth about the human condition, even if the character is an elf, robot, or something in between. And that truth—the theme of the story—can also be revitalized by considering multiple genres.

While genre stories are not typically forced to only consider a single theme, their themes are often repeated, like ruts on a well-traveled road. High epic fantasy is optimistic about the contributions a gifted or determined individual can make for good in the face of vast and senseless evil. In contrast, noir is about the corruption of a whole system, such that even when the mystery is solved, there are no easy solutions, no happy ending. Playing with examples as divergent as these is tricky—can you imagine The Lord of the Rings with the ending from Chinatown? “Forget it, Frodo. It’s Mordor.” But it is also tremendously exciting. We’re managing expectations, and sometimes that means subverting them. Knowing that a reader expects a certain theme gives the writer the chance to lean into that, only to surprise in the end. This misdirect might frustrate some readers, but when done well, it will delight others.

Genre is a weird construct of time and tradition influenced by bookstore layouts, marketing collateral, and search engine tagging. It can be empowering to the overwhelmed reader, but also a blinder to new worlds to enjoy. It can feel artificial and constraining. For a writer who understands genre, who honors readers’ thoughtful expectations, and who constantly and unexpectedly takes us down new and old paths, it can be a powerful tool to remind us what we love about returning to the shelves again and again. 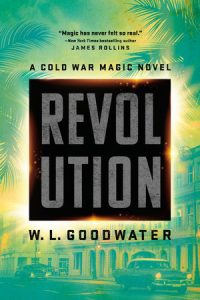 W. L. Goodwater is the author of the Cold War Magic books, which blend elements from spy and fantasy fiction. The latest book, Revolution, comes out November 12. He lives on the California coast with his wife, kids, and lots and lots of books.

Psycho Invented the Spoiler Alert as We Know It 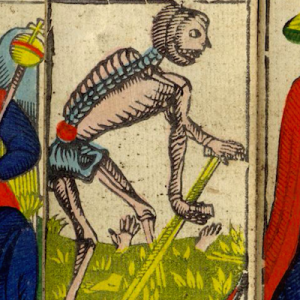 It begins with the Fool—they are young, hopeful and openminded, no idea, as yet, of the dangers life will hold. The Fool...
© LitHub
Back to top