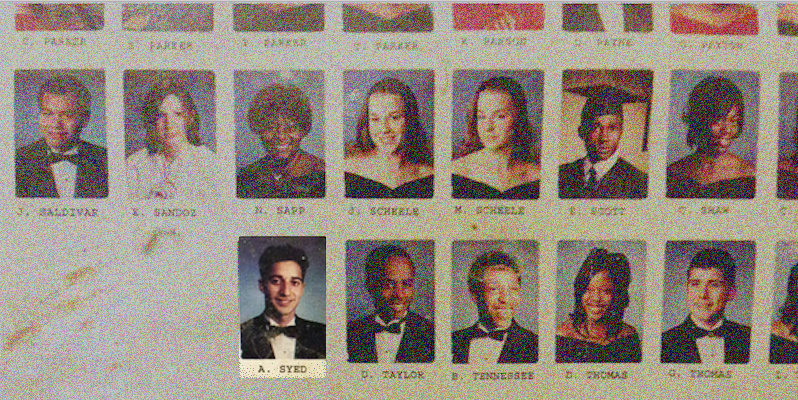 Blurring the Lines Between Criminal Justice and Popular Culture

In the last few years, the true crime boom has exploded in books, podcasts and Netflix adaptations. While the merits and drawbacks of our obsession with this genre have been debated ad nauseam, such as the profiteering from people’s pain, at least one positive can be gleaned from our predilection for armchair detective work: tangible changes in the criminal justice system that these products depict. This, coupled with the #MeToo movement, so-called “cancel culture” and a reality TV president has seen a blurring of the lines between criminal justice and popular culture.

Here, we’re looking at thirteen such pop cultural examples that have had real-world ramifications.

Watchmen and the mass graves of Black Wall Street

When Damon Lindelof’s Watchmen premiered late last year, it quickly ascended to the top of everyone’s must-watch lists. The Regina King starrer made us question who gets to be a hero and the very foundations of the United States, particularly in the opening scene, which reimagined Oklahoma’s Black Wall Street massacre of 1921. A long lost footnote for many Americans, Black Wall Street was a prosperous business district that was razed by a racist mob. Up to 300 African Americans were believed to have been murdered there.

Watchmen’s enormous popularity has reignited interest in the massacre, with forensic archaeologists undertaking radar testing which indicated mass graves. The Greenwood Chamber of Commerce has started a fundraiser to rebuild the historic site.

It has recently been announced that the Black Wall Street massacre will be added to Oklahoma public school curriculum.

When They See Us and Linda Fairstein

Ava DuVernay’s damning Netflix limited series told the story of the wrongly accused and incarcerated group of black and brown boys formerly known as the Central Park Five and now known as the Exonerated Five. In the series, Linda Fairstein is played ironically by Felicity Huffman (who served two weeks in prison last year for her part in the college admissions scandal). After the scandal, Fairstein enjoyed an illustrious career as an author and was reportedly the inspiration behind Law & Order: Special Victims Unit’s infallible Olivia Benson. That is, until her depiction in When They See Us led to her publisher dropping her. Similarly, the prosecutor Elizabeth Lederer, portrayed by Vera Farmiga in the show, was forced to resign from her Columbia law professorship.

The true crime podcast that ignited all other true crime podcasts, 2014’s Serial shed new light—or, at least, new doubt—on the 2000 murder trial of Adnan Syed, convicted of killing Hae Min Lee. Since Serial upended assumptions of Syed’s guilt, Syed’s lawyers pushed through appeals and had convictions vacated, thanks in large part to evidence uncovered in a follow up podcast by Susan Simpson, Undisclosed. Despite this, Syed’s guilty verdict was ultimate upheld earlier this year.

Michelle McNamara died in 2016, before the publication of her book I’ll Be Gone in the Dark about her search for the Golden State Killer, and before his subsequent arrest in 2018. Her dogged pursuit of the killer, allegedly identified as Joseph James DeAngelo, in magazine and newspaper articles and, ultimately, I’ll be Gone in the Dark, kept the conversation around his crimes in the public consciousness.

Orange is the New Black and the Poussey Washington fund

The final season of prison dramedy Orange is the New Black concluded earlier this year, widening its focus to include immigration detention. In this storyline, detained immigrants Martiza Ramos (Diane Guerrero) and Blanca Flores (Laura Gómez) try to access the real-life National Immigration Detention Hotline, which has been in operation since 2013. In contrast to the positive action resulting from the other examples on this list, less than two weeks after the season dropped, ICE shut down the hotline.

A more hopeful storyline sees lifer Taystee Jefferson (Danielle Brooks) set up a micro-loan fund for soon-to-be-released incarcerated women, to help them get on their feet and avoid recidivism, a trap Taystee herself fell into. The Poussey Washington memorial fund, named in honor of one of Orange is the New Black’s most beloved fallen characters, is actually a real life fund that identifies charities helping incarcerated and formerly incarcerated women.

Leaving Neverland and the souring to Michael Jackson

Unfortunately for the subjects of Leaving Neverland, Wade Robson and James Safechuck, the man they accused of child molestation in the documentary is dead, preventing them from getting true criminal justice. However, since Leaving Neverland, the singer has had his music dropped from radio stations and his collaborators have clamored to distance themselves from him. Though child abuse allegations that have followed Jackson since the 1990s, Leaving Neverland arrived in the epicenter of #MeToo, urging us to reconsider them through a new lens.

The Teacher’s Pet and the reopening of Lynette Dawson’s case.

If you didn’t listen to the popular 2018 Australian true crime podcast about the disappearance and alleged murder of Lynette Dawson by her husband, Chris Dawson, you may never be able to: it has been removed from distribution due to renewed interest and emerging evidence in her case as a result of the podcast. Dawson is awaiting trial for Lynette’s murder and the podcast could bias any potential jurors in his case.

Bill Cosby and the whisper network

The whisper network surrounding Bill Cosby’s serial drugging and raping of women, totaling nearly 60 allegations, was inseparable from pop culture. Before Hannibal Buress’ viral joke that stoked the fire in 2014, at least five women—one of whom was Andrea Constand, who won her case against Cosby in 2018—accused Cosby of sexual assault. He even joked about drugging and raping people on a 1990 episode of The Cosby Show. Since Cosby, whisper networks surrounding “shitty media men” and Harvey Weinstein have come to light and, importantly, resulted in consequences.

In 2017, the publication of The Blood of Emmett Till by Timothy B. Tyson, about the shocking murder of the 14-year-old black boy in 1955, included a quote from Carolyn Bryant Donham, the white woman Till was accused of whistling at, in which she admitted she lied. Till has been at the forefront of the civil rights movement—his mother famously had an open casket and the images published in Jet magazine after Till’s mutilated body was found in a river galvanized the fight against prejudice—and the publication of this book has resulted in the reopening of Till’s case, previously closed in 2007.

When the victim impact statement of Stanford rapist survivor Emily Doe was published on Buzzfeed in 2016, it went viral. The revoltingly light sentence of six months handed down to Brock Turner (who only served three) and the subsequent outrage culminated in the judge losing his seat in a 2018 election, mandatory minimums for sexual assault cases and the expanding of the definition of rape in California. Emily Doe recently came forward as Chanel Miller upon the publication of her book about her assault, Know My Name.

Making a Murderer and overturning a wrongful conviction

Perhaps one of the first documentary series to really usher in the true crime boom, Making a Murderer was intensely bingeable, emulating the Serial factor on Netflix. Though Netflix doesn’t release ratings, Making a Murderer seemed like the only thing anyone could talk about for months after its 2015 release, with the public rallying around the wrongly accused subject of the doc, Brendan Dassey. Dassey’s conviction being overturned in 2016, on the basis that his confession was coerced.

Netflix’s Tiger King has become lockdown viewing for many amidst the COVID-19 pandemic. The docuseries follows big cat zoo operator Joe Exotic, who was sentenced to 22 years in prison earlier this year for his role in a murder-for-hire plot, as well as animal cruelty to his tigers. Exotic’s foe in the series is Carole Baskin, an animal rights activist who, it is alleged, mostly by Exotic, was involved in the 1997 disappearance of her husband, Jack “Don” Lewis. Since Tiger King’s premiere late last month, Hillsborough County sheriff has asked for new leads in the cold case.

Counting Down the Greatest Crime Films of All-Time: # 21 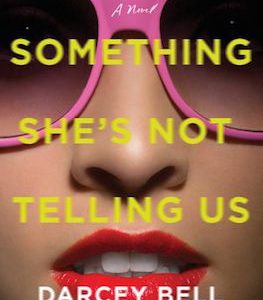 Early Saturday morning, Eli and Charlotte lie in bed drinking coffee, enjoying what grainy sunlight the park allows into...
© LitHub
Back to top