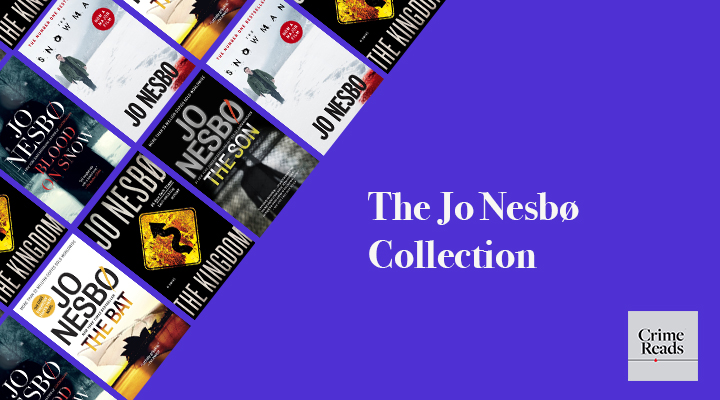 Enter your address below for your chance to win a set of Jo Nesbø novels:

The electrifying first installment of the Harry Hole series. Inspector Harry Hole of the Oslo Crime Squad is dispatched to Sydney to observe a murder case. Harry is free to offer assistance, but he has firm instructions to stay out of trouble.

Sonny Lofthus has been in prison for almost half his life: serving time for crimes he didn’t commit. In exchange, he gets an uninterrupted supply of heroin—and a stream of fellow prisoners seeking out his Buddha-like absolution.

Olav is a fixer for a high-profile crime kingpin in 1970s Oslo. He easily takes care of anyone who causes trouble for his boss. But he is more complicated than he seems.

One night, after the first snowfall of the year, a boy named Jonas wakes up and discovers that his mother has disappeared. Only one trace of her remains: a pink scarf, his Christmas gift to her, now worn by the snowman that inexplicably appeared in their yard earlier that day. Inspector Harry Hole suspects a link between the missing woman and a suspicious letter he’s received.

Roy and Carl have spent their whole lives running from the darkness in their past, but when Carl finally returns to make peace with it, the two brothers are inexorably drawn into a reckoning with their own demons.

**CrimeReads is collecting consent to send promotion emails on behalf of itself and Knopf Doubleday Publishing Group, a division of Penguin Random House, which is located at 1745 Broadway, New York, NY 10019. Knopf Doubleday Publishing Group sends informational and promotional emails on behalf of itself. Find its privacy policy here. Subscribers can unsubscribe at any time.