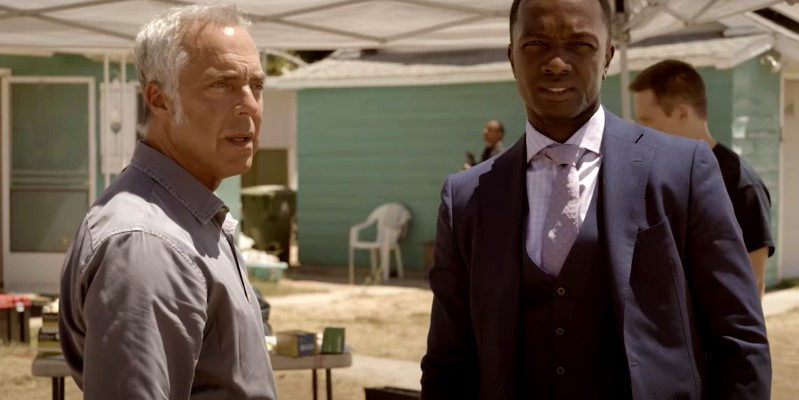 Connelly’s books are peppered with moments when Bosch barks out a criticism of a police colleague or even superior. Bosch gets away with this because he’s usually right. The patrol officer who opened a car’s trunk damn well should have been wearing latex gloves. The partner should have been more concerned with a case than his side hustle. The lieutenant should have stood up for his charges.

The relative thorniness of the main character is part of what makes Bosch, the Amazon Prime Video series—the sixth season begins streaming on April 17—kind of fascinating. The show’s Bosch is a jerk but agreeably so. He’s not effusive even with his daughter, Maddie, or significant others. But he’s open and vulnerable to those closest to him, in a Bosch sort of way. He keeps other cops at arm’s length, but usually only until he figures out their motives. For god’s sake, he rescues and adopts a dog in the fifth season.

Don’t mistakenly think Bosch, as played by Deadwood alum Titus Welliver, has gone soft, however. He might call people “brother” but he’s still fairly prickly. Aside from his attention to the dog, he expresses care and concern—not in an effusive way, not ever—for family and “work family,” a phrase that would make either version of Bosch gag or, at least, roll his eyes. He tries to shepherd at least one human stray away from a self-destructive addiction (a plot taken from Connelly’s books).

The changes to Bosch, however, are minor and seem in keeping with the Amazon Prime series, which is executive produced by Connelly. The series mixes storylines from Connelly’s book series, which began in 1992 with The Black Echo. In any given season, Bosch and a diverse, well-populated Hollywood Homicide bureau will respond to call-outs, canvass crime scenes, follow up with interviews, return to the scene, lean on suspects and deliver justice.

It is just about the most authentic police procedural in a sub-genre that has threatened to take over the police fiction television genre in the past couple of decades.

The fifth season was adapted from Connelly’s 2017 book Two Kinds of Truth, in which Bosch, retired from LAPD, works with a smaller department to bust a murderous ring running “pill shills,” addicts who fill prescriptions from disreputable doctors. The pills are to be turned into purer, even more addictive drugs.

The “B” story in the past season is about Bosch’s frustration that an old homicide case of his, which saw a likely serial killer sentenced to life, is being re-examined in light of “new” DNA evidence. The storyline, also from Two Kinds of Truth, not only threatens to put a killer back on the street but open a floodgate of appeals of cases, including others closed by Bosch.

Most seasons of the series draw from two or more past Connelly books. The sixth season is drawn from two, The Overlook—about the threat of a nuclear “dirty bomb” in Los Angeles—and Dark Sacred Night, a recent (2018) book that finds Bosch haunted by the mysterious death of a young woman whose mother had drawn Bosch’s sympathy and recovery-focused efforts.

Dark Sacred Night is notable for Connelly’s teaming Bosch with young detective Renee Ballard, although there’s no indication that what feels like a shift in emphasis in the books—from the retired cop to the complex young investigator as the main protagonist—will be touched on in the series.

The fifth season differed, and agreeably so, from Connelly’s book in that Bosch is still on active duty with LAPD’s Hollywood Homicide office. The Bosch of the TV series, understandably, is 20 years younger than the Bosch of Connelly’s books, which have unfolded in real time. Bosch from the books is in his late 60s and a Vietnam veteran, while Welliver’s Bosch is in his 40s and a Gulf War and Afghanistan veteran.

Also different from the book is the crew that Bosch works with. An early partner in the books, Jerry Edgar, is his partner throughout the Amazon series. J. Edgar, as he is affectionately known, is played by Jamie Hector in a manner that reflects Bosch’s reserve without the swagger. The Amazon Prime series has really turned Connelly’s books into an ensemble story, with other cops, veteran and newbie, working on separate and sometimes related cases. It’s all overseen by Amy Aquino as Grace Billets, Hollywood Homicide’s lieutenant. Billets is written to defy the “angry cop boss” stereotype.

Filling that role, to some extent, is Lance Reddick as police chief Irvin Irving, frequent antagonist in Connelly’s books. Here, the intense Reddick plays Irving as harder to read: politically ambitious and not above unethical behavior but usually supportive of the cops under his command.

Another relationship that defies stereotypes is that between Bosch and his daughter, Maddie, played by Madison Lintz. Even when Maddie was a teen, their relationship was not fraught with parent/child angst. By the fifth season, Maddie was an adult but was still trying to feel her way through life as the daughter of a man who is frequently shadowed by danger and controversy. Lintz has the right amount of anguish for a young woman whose character has been through so much.

After five seasons and going into the sixth, it’s hard to imagine anyone but Welliver as Bosch. Compact and muscled, his arms covered in tattoos, his Bosch walks with a “don’t mess with me” gait. His eyes are piercing and his words well chosen.

Connelly has confirmed that a seventh and final season of Bosch will stream in 2021, barring ongoing production disruptions due to the COVID-19 pandemic. In online forums, fans have already been mourning the loss of Bosch, even with two seasons still to be seen. They’ve moved past denial and anger and are verging on bargaining.

It’s easy to see why people love the character. Bosch, in Connelly’s books but especially in the series, is sturdy and dogged without falling into fictional cop cliché. He’s driven and single-minded and just the guy you’d want to show up if your loved one was the unfortunate center of a crime scene. 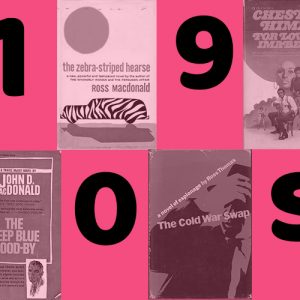 This is the first installment of a multi-part series designed to introduce readers (or remind those already familiar) with...
© LitHub
Back to top