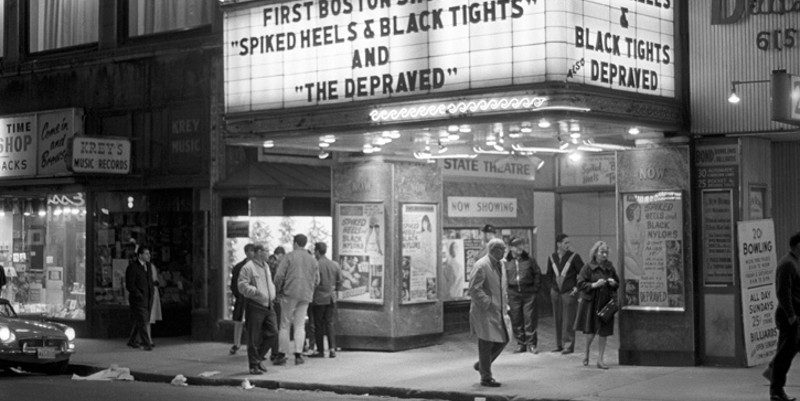 A 1976 murder captured the interest of two Boston-area authors, who took very different approaches to the story.

When writing about crime, true or fictional, authors often start with a slice of news that intrigues them. The tragic murder of a Harvard football player in Boston’s old adult entertainment district, the Combat Zone, was a big deal in 1976, covered by upwards of 300 newspapers across the country, as well as by television and radio.

But why did that 45-year-old crime intrigue two Boston-area authors enough for them to write books that came out within four months of each other at the end of 2021 and beginning of 2022? The fact that three Black men were charged with murder of a white man, although only one wielded the knife, certainly had resonance. But these two books took very different routes to make that half-century-old crime relevant today. 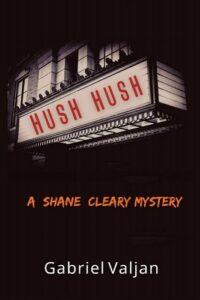 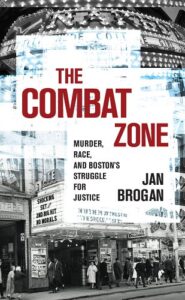 Author of The Combat Zone: Murder, Race, and Boston’s Struggle for Justice

Although I’ve published four murder mysteries, as a journalist, I (Jan Brogan) found the facts so compelling and multi-faceted, I had to write it as true crime. I won’t say I was undaunted by the amount of research this nonfiction project would require, but after many deep breaths I convinced myself that I was up to the task.

I love research. Even as a novelist, I conduct interviews throughout my writing process—to breathe life into a challenging chapter. I also grew up working in my father’s law office, which gave me a high tolerance for mind-numbing legalese and a fascination with criminal justice: The two Andrew Puopolo murder trials, with nearly opposite verdicts, only two and a half years apart, hooked me instantly.

But critical to the ability to write true crime is access, either to the victim’s family, the rightfully or wrongfully accused (or convicted), the prosecutors, or the defense. I was fortunate to have access to the victim’s family through the younger brother who wanted to make a film to memorialize 20-year-old Andy Puopolo, knifed while trying to save one of his Harvard teammates, who was being beaten. Danny Puopolo and a friend had already tracked down numerous news accounts, television footage, and the transcripts to the first trial, and also connected me to eyewitnesses.

I wrote a screenplay on spec in exchange for the right to write a book with journalistic freedom. Although the screenplay was never made into a film, it created a structure and suspenseful subplot for my book, which focused on the younger brother’s quest for justice first, and later revenge, amid offers from the Mafia.

But I was nearly a year and a half into my research when I discovered what made the story so relevant today. A law professor, formerly the head of the state’s Commission Against Discrimination, explained that the state high court’s decision that vacated the original convictions put an end to the once common practice in Boston, but also nation-wide, of routinely striking all Blacks off of juries by the use of peremptory challenges.

All white juries routinely decided the guilt of Black defendants, and the innocence of white perpetrators who committed vicious crimes against them. The ‘70s was an era of especially vicious racial crimes in Boston. In the end, the city became its own character, struggling with poverty, court-ordered busing, and justice.

Hitting various obstacles during this ten-year project, I considered writing a murder mystery instead, but I was in too deep, too tethered to the exact facts to fictionalize them. To me, the book had become about telling the truth, correcting all the false narratives, and illuminating what had been rumors.  It didn’t mean it wasn’t the great basis for a murder mystery, just that I wasn’t the one to write it, but Gabriel Valjan was.

In most mysteries, the PI works to save his client before the law. I [Gabriel Valjan] inverted that and chose to have Shane Cleary try to reverse a miscarriage of justice. No spoilers here, but the WHAT and HOW of what happened that night of the murder leads to a shocking WHY, and it’s the reason Hush Hush is a work of fiction, and not true crime. There were two motives behind my narrative strategy.

One: I’m not a lawyer, so my understanding of procedure and protocol in the courtroom is rudimentary, at best, and as such, any scene I would have written might have been unconvincing.

Two: Then and now, understanding what really happened that fateful night is as clear as mud.

Unlike Jan, I did not have access to primary sources, so researching the murder was like dropping a wineglass. I found shards and then splinters scattered everywhere.

Rather than focus on the facts of the crime, I show readers a Boston that was Black versus white, Italian versus Irish, and entire neighborhoods versus City Hall. Ethnic tensions were the tapping lid to the overheated pot on the stove because Boston was the last city in America to undergo court-mandated desegregation of schools and public housing during this time.

I tried to make the Seventies palpable and vivid, and credible to readers. Vignettes from my own life:

– A nun had been raped in NYC’s Little Italy, and a news anchor on the street had asked a local wiseguy for his reaction to the crime. His response was simple. He said he hoped that the criminal turned himself in before he and his friends found him. The rapist surrendered himself to the police within the hour.

– My grandmother couldn’t buy a refrigerator because the bank and the store wanted her husband’s permission.

– My mother lost her job because a consultant didn’t believe women should be managers.

– I was told not to come home until I ‘took care of’ the kid who stuck gum in my hair.

Urban or suburban, the Seventies for me was a cross between The Ice Storm and Goodfellas. Homophobia, racism, and sexism were like the shag rug in the living room then: seen and heard everywhere. Everybody knew an Archie Bunker, and everyone’s Archie had a friend who proved to be an exception to his bigotry.

Even though I fictionalized this infamous Seventies homicide, the social issues that made the case a sensation back then are relevant today. Crime is about transgression, and my job as a writer is to bring you up close to the body and make you uncomfortable.

Shane Cleary is a departure from familiar tropes in PI fiction. He is not an alcoholic, a person with anger issues, a misogynist, or sexist. Shane may trust his cat Delilah more than people, but he is principled and fair. Neither idealist nor cynic, he is a knight of the streets, capable of violence because he would agree with Fat Mancho from Lorenzo Carcaterra’s Sleepers:

The street is the only thing that matters. Court is for uptown people with suits, money, lawyers with three names. If you got cash you can buy court justice. But on the street justice has no price. She’s blind where the judge sits but she’s not blind out here. Out here the bitch got eyes.

Jan Brogan is the author of The Combat Zone: Murder, Race, and Boston’s Struggle for Justice, (Bright Leaf, UMass Press) which was nominated for both an Agatha and Anthony award for Best Non-fiction published in 2021. The second of her four murder mysteries, A Confidential Source, was purchased for development by Transactional Pictures. She’s worked as a reporter for the Boston Globe, the Worcester Telegram, and The Providence Journal, where she won the prestigious Gerald Loeb award for distinguished financial writing. Currently she teaches at Boston University’s Summer Journalism Academy and is wrapping up a new novel. Gabriel Valjan is the author of the Roma Series, The Company Files with Winter Goose Publishing, and the Shane Cleary Mysteries with Level Best Books. He has received an Honorable Mention for the Nero Wolfe Black Orchid Novella Contest. Gabriel has been nominated for the Agatha, Anthony, the Derringer, and the Silver Falchion Awards. He received the 2021 Macavity Award for Best Short Story. Gabriel is a member of the Historical Novel Society, ITW, MWA, and Sisters in Crime. 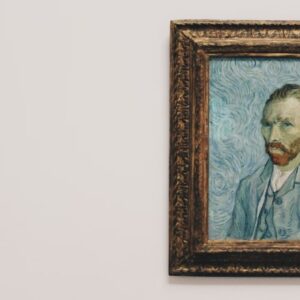 How much is it worth? My students love to ask this question about the works of art we discuss. It’s the driving question...
© LitHub
Back to top