Britain's legendarily cloistered intelligence agencies are making an effort toward openness and inclusivity. What are we to make of it?

With one short sentence – ‘There shall continue to be a Secret Intelligence Service’ – the British government acknowledged for the first time that it engaged in spying. Baked into these nine words from the 1994 Intelligence Services’ Act are all sorts of wonderful things: impeccable self-control, a very British restraint, but also world-class chutzpah, a sense that such an admission, rather than being long overdue, is in fact below one’s dignity. If Lord Downton (or whatever he’s called) were forced to make an admission to Lady Downton, I imagine he would use similar language. ‘I shall continue to have an affair with the chambermaid’, or ‘I shall continue to squander my fortune at the card table.’ The whole thing gives off a strong whiff of move-along-this-is-none-of-your-business-anyway.

The sentence usefully encodes a tension at the heart of spying, at least in democratic countries, between the need to be accountable and the need to be covert. The public has a right to know that spies are acting on their behalf and to scrutinise the legislation that restrains them. They have a right to know that their taxes are funding covert action. But in the context of espionage, accountability and transparency can be unhelpful. This tension is only going to become more acute as governments move away from a reflexive secrecy towards a presumption that where possible information should be available to all. How will our spies respond to this? What will happen to their ability to operate covertly as they inch into the open? And what will happen to spy fiction’s shadowy allure if the lights are turned on?

Because… something is happening. At the very least, we can say this: Britain’s spies are increasingly taking ownership of their public reputations. They are embracing a spirit of glasnost (or making a good pretence of it). Who knows when it started? With the first naming of an agency head, or the publication of their authorised histories? Whenever it was, it seems to have picked up pace. In the last two years, MI5 has celebrated International Women’s Day and joined Instagram; GCHQ has released a puzzle in honour of WWII codebreaker Alan Turing; and MI6 has lit up its HQ in blue and yellow to show solidarity with Ukraine. Hardly a month goes by without journalists being invited behind the scenes for yet another breathless exclusive.

Much of this is inevitable, given the way society is changing. State secrecy has come to feel anachronistic, a piece of the bulwark that exists to defend the status quo and repel the forces of change. A landmark event in shifting attitudes in the UK was the 2009 parliamentary expenses scandal, in which leaked documents revealed that MPs spent public money on duck houses and kitchen refurbishments. The episode proved – if proof were needed – that the state often withholds information merely because releasing it would be embarrassing. Certainly no one takes it for granted anymore that secrecy conceals competence. So when bad things happen, as they inevitably do – the attacks on London Bridge, in Manchester Arena, in Salisbury – the agencies want to be out there explaining how challenging their job is in case a sceptical public decides they’re simply not up to it.

Another argument for greater openness is the operational one. When the MI6 Chief tweeted in April 2021 that he wanted to recruit a new Q – a head of technology – from outside the profession, he was acknowledging that no organisation with global ambitions could expect to populate its entire leadership team from existing staff. To recruit the best person for the job, you’ve got to cast your net wide. You’ve also got to make sure that lingering accusations of torture, rendition and murder don’t put off the perfect candidate, and to do that you’ve got to engage in brand management. Gone for good are the days of leaving it to James Bond to do that for you.

The need to attract the right people is an urgent one. A McKinsey study in 2020 suggests that ‘the relationship between diversity on executive teams and the likelihood of financial outperformance has strengthened over time.’ Replace ‘financial’ with ‘operational’ and the point still applies. Successful organisations are open organisations – open to influences they weren’t expecting, to pressures that take them by surprise, to crosswinds. If you keep all your windows closed, as previous generations of spies have done, those crosswinds will just blow on by. And it turns out they aren’t just carrying trends, those crosswinds – they are carrying information, they are carrying intelligence itself. Who would have thought it?

Intelligence these days can be found in all sorts of places. Because of the way we use data, so much more of us is floating around out there, close to freely available, than could have been imagined a generation ago. The belief at the heart of the espionage community has always been that the only kind of treasure worth finding is one buried deep underground. But the extraordinary ability of open-source investigative platforms like Bellingcat – tagline: ‘an intelligence agency for the people’ – to track FSB hit squads across Russia has turned that idea on its head by demonstrating that the informational cells that cohere to form secrets are in fact all around us, carried on the air, waiting to be lovingly assembled.

This has huge resource implications. If you find your treasure buried underground, you’ll want to take a circuitous route home so others don’t dig in your spot. You’ll want a cover story to explain why you were in that patch of woodland. Your treasure will need delicate handling, a strong glass case, a carefully worded label. It’s likely you’ll spend almost as much time and energy on all that as you did digging up the damn thing in the first place, and if once you’ve brushed off the dirt it turns out to be less shiny than you hoped, well, you wouldn’t be the first treasure hunter to claim something is more important than it actually is.

But what if you find your treasure at the bus stop? What if you can take a picture of it with your phone and carry it away in your pocket? What if it is something everyone else can find if they want to?

Perhaps this is the real change underway. The social media accounts, the journalists, the light shows – they are mere green shoots that speak to a gigantic subterranean thawing. Because if one side can acquire much of the information it needs about the other side through analysis of publicly-available data, in broad daylight, do spies need to lurk in the shadows quite so much as they do? They’re not vampires, after all. Where’s the harm in being a little more… relaxed? Where’s the harm in a tweet or two? Where’s the harm in saying sorry to Alan Turing? Why on earth wouldn’t they say sorry to him?

I’m not suggesting this trend towards openness will be quick. On the contrary, to steal Nicholson Baker’s phrase, it will happen with ‘Pleistocenian ponderousness’. The old, secret games – agent cultivations, say, or surveillance in foreign capitals – are old for a reason, namely that they are fun. They are also staggeringly slow, expensive and more often than not totally unproductive, but they are why people join the profession, and they won’t give them up without a fight. As much as any le Carré or Len Deighton fan, spies are in thrall to the glamour of their chosen trade. The things readers love about spying are the things spies love about it too. So we are safe for a while. Spy fiction is safe. The thaw might have begun, but it will happen at a glacial pace. We can breathe easy: for the foreseeable future, there shall continue to be a Secret Intelligence Service. 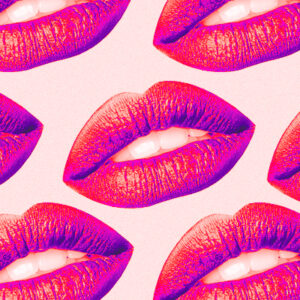 Ever since my adolescent days when I, like every other kid I knew, had unlimited access to HBO and Cinemax After Dark, I’ve...
© LitHub
Back to top