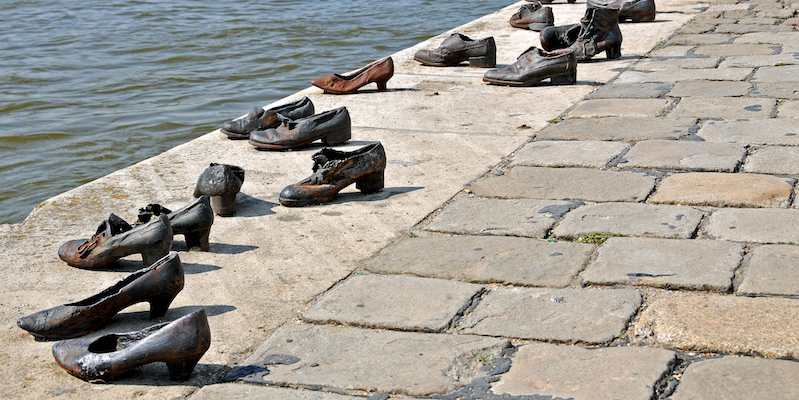 I have been reporting on central and eastern Europe for more than twenty years, since the change of system in 1990. Over that time I have written many stories about the endemic poverty in which many Roma people live and the social exclusion they suffer. I wrote about walls in towns and cities in the Czech Republic and Slovakia built to separate Roma people from their non-Roma neighbors, about a series of racist murders in Hungary carried out by an armed group of extreme right-wingers and the way that the educational system fails young Roma students, often wrongly classifying them as mentally handicapped when they are not. The story that stayed with the most though was a report I made from a small village near the city of Presov, in eastern Slovakia.

Together with a friend and colleague, Peter Green, we were investigating reports by human rights and Roma activists that dozens of Gypsy women had been sterilized without their consent. We found poverty and deprivation more usually seen in Africa or India and a clearly delineated de facto policy of apartheid between the Roma families and their neighbors. The non-Roma half of the village was clean and tidy, with modern, solid houses built of brick and concrete and painted white. The Gypsy families lived in a separate quarter, on the outskirts of the settlement, in draughty shacks they had built themselves from mud and wood. They had no heating, electricity, gas supply, water or proper sewage disposal. Barely clothed children scampered around the mud and dogs rummaged in the household waste. The Roma people lived like this not because they wanted to but because the local council refused to register them as residents. They were caught in a Kafkaseque nightmare—they did not officially exist, so they could not receive municipal services or their children go to school.

It’s hard to understand what a sense of powerlessness and dependency this kind of life engenders.

It’s hard to understand what a sense of powerlessness and dependency this kind of life engenders. Inside one of the hovels we met a young woman called Zita. She was twenty three and illiterate. Like all Roma women she dreamt of a large family. For Roma, the family is of supreme importance, the axle on which their world turns. During the Nazi Holocaust, which the Roma call the “Poraymus,” or devouring, Roma families furiously resisted being separated from their children. The Nazis decided that it was easier to let them live—and die together. They even had their own family compound at Auschwitz, until they too were gassed. After Zita gave birth to her second child, a daughter, while still groggy from the Caesarean section, she was presented with a piece of paper to sign. She signed with three crosses. A nurse came afterwards and explained that she would not have any more children. “I felt very bad,” said Zita. “I started to cry.”

I met Zita more than fifteen years ago, but I still remember that day as though it was last week. That experience stayed with me. Somehow it fed into the creative alchemy that eventually brings forth a novel. Settings, backdrops, characters, motivations and more must all come together in a state of magical flux, from which a world is created and a narrative emerges. Some writers start with an idea for a story or a character. Mine was a long-standing interest in the Roma people. The stories of their lives I had reported on were the backdrop. The novel brewed and simmered in the background, until, one day in the summer of 2015, in Budapest, it caught fire.

The spark was the determined look on the face of a young refugee boy. He was perhaps eight or nine years old. He wore a grubby white vest and dark blue sports trousers with a stripe down the side. In his hand was a piece of cardboard with two words: Syria and Germany, underlined, with a heart symbol on either side. He was one of hundreds of refugees and migrants camped out in front of the entrance to Budapest’s Keleti station in the summer of 2015. Each time a camera crew walked by, the boy held up his home-made placard. It usually worked. The boy’s image was beamed around the world by camera crews from numerous networks.

The ochre-colored 19th century railway terminal was then the epicenter of Europe’s migrant crisis.

The ochre-colored 19th century railway terminal was then the epicenter of Europe’s migrant crisis. The scenes were almost surreal. Every morning smartly dressed commuters picked a path through families camped out on the grey stone forecourt. Between the rows of sleeping bodies white television vans stood, their giant antennae pointing skyward. The station was now home to Syrians, Iraqis, Iranians, Africans and others fleeing the world’s war-zones and for a while, it looked like they weren’t going anywhere. Facilities were rudimentary: a handful of showers and toilets and a few taps that dispensed water for washing and drinking. Volunteers handed out food supplies, while a roster of volunteer doctors provided basic medical care. A line of riot police stood by the entrance to station preventing the migrants from entering. International trains had been cancelled but local ones still ran. I was there as a reporter, chronicling one of the world’s first High-Tec migrant crises: the people on the move used Google Maps to plot routes, set up WhatsApp groups to share information. But despite the digital nomads, Keleti station was now a favela, in the heart of Europe, albeit one rich in human drama, and fertile ground for fiction.

I wanted to open up the city, show another, darker side, to that which tourists never see. My protagonist, I decided, would be a Gypsy, a detective in the murder squad called Balthazar Kovacs, drawn from my own experiences as an investigative journalist, and situated in the context of the largest migration crisis in half a century.

The idea for my protagonist was rooted in reality. There are Roma police officers in Budapest and across Hungary. I met several at a reception a few years ago hosted by the British embassy, then later spent an evening on patrol with a Roma police officer in downtown Budapest. Joining the police, like the army, is an increasingly popular career option, as it provides structure and opportunities for growth and promotion. Yes, some police officers, like everyday Hungarians, tell racist jokes. But others, like everyday Hungarians, slap down the joke-tellers and show solidarity. The less well known problem, I learnt, was often opposition within the Roma community to starting a career, sometimes from parents. Young people are often still expected to leave school at sixteen, or even earlier, and start working, while young women are expected to get married and have children. It’s sometimes difficult for Roma police officers to arrest Roma criminals who appeal to a shared ethnicity. One Gypsy policeman told me that criminals have said to him “Who are you to arrest me? You are the same as me.” The answer, the policeman said, was to stay professional, and make sure those being arrested understood the situation was real, and serious.

I know Budapest very well, from the plush diplomatic villas in the Buda hills, to the narrow backstreets of District VII and VIII across the river in Pest. I first visited the city in the winter of 1990 when Hungary, like its neighbours, was transitioning from Communism to Capitalism. The very air was full of freedom and promise and excitement, especially among young people. The political system was changing but the city remained largely untouched. The grand Austro-Hungarian apartment houses were shabby and delapidated, especially compared to their equivalents in Vienna, but they crackled with a mysterious energy, as though they had been unlocked after a long confinement or woken after a deep hibernation. Pockmarked by bullets and shrapnel marks, they had borne witness to waves of invaders from Romanians to Germans to Russians. The streets were full of Trabants rattling along, puffing out clouds of exhaust. The invaders were gone or about to leave, but the city was still standing. The people I met seemed to embody a past much thicker and more intense than any I had experienced in England: a Hungarian exile who had fought in the French resistance, returned home then taken up arms in the failed 1956 uprising and been imprisoned; the son of a Minister of the Interior who had been executed in 1949 after a show trial, a real-life version of Arthur Koestler’s book Darkness at Noon.

Nowadays Budapest is a modern European capital. The buildings have been renovated, the bullet and shrapnel holes filled in.

I spent many hours with them, hearing their stories, listening to the course of their lives. Nowadays Budapest is a modern European capital. The buildings have been renovated, the bullet and shrapnel holes filled in. The city remains as beautiful as ever, its centerpiece the Danube, which on summer days shimmers and sparkles as though sprinkled with diamonds. Yet no matter how lovely the architecture, and the graceful bridges which arch over the river, Budapest is a haunted city, haunted by the ghosts of Communism and Nazism. The number two tram ride is surely one of Europe’s most scenic public transport routes. It snakes around Parliament, along the Pest side of the riverbank, with lovely views of the Danube. Then it passes a row of black metal shoes by the riverbank. The memorial marks the spot where Jews were lined up for execution in the winter of 1944 by Arrow Cross militiamen. Before being shot into the icy waters the Jews were forced to remove their shoes, which their killers later sold in the market. Sometimes it can feel that a novelist’s imagination is also a curse. The lovely panorama of the river, the graceful arc of the Chain Bridge, the stately apartment buildings, all these were once, within living memory, a grave. How then to enjoy the vista?

Lately I’ve been reflecting on how it’s a curious privilege being a journalist: part-investigator, part father-confessor, part channel to the wider world, never more than in a conflict or war zone, where everything is accelerated, more vivid, the colors painted bright by danger. Most people would not talk to a  random stranger asking all sorts of questions, sometimes quite personal, even intimate. Yet they talked to me because they wanted their stories to be told. And that is one of the oldest human instincts, something deep and primeval: that the world must know what is happening to us. It’s more than twenty years since I reported on the Yugoslav wars, but the memories are as vivid as ever: a woman in a green dress picking her way across Sniper’s Alley in Sarajevo; an eight year old boy in hospital whose leg had been blown off by a mortar; the look on the faces of Bosnian government soldiers after they had been captured by Bosnian Croat troops; the young Bosnian girl in a makeshift refugee camp where the laundered clothes had frozen solid on the drying line. I asked why she thought all this war and destruction was happening. The cause, she said, “was somewhere in the dark side of the brain”, which is as good an explanation as I have ever heard. Sometimes I wonder what happened to her, to Zita and the other young Roma women I met. I’ll never know the course of those lives that I witnessed. But it was an honor to meet them, to chronicle their lives, no matter how briefly, and tell their stories to the world.

Adam LeBor divides his time between Budapest and London. He writes for the Economist, the

How World War One Gave Rise to the Traditional Mystery 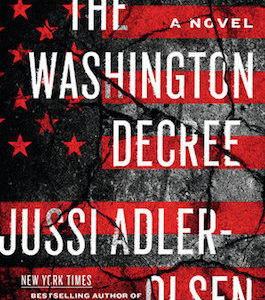 She slept late the next day, letting the chambermaid knock in vain a couple of times before she was ready to face the world....
© LitHub
Back to top