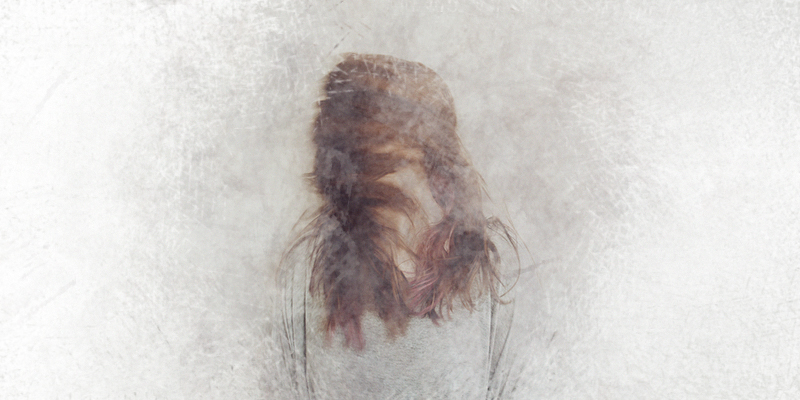 On the possibility of things that go bump in the night.

There are no such things as ghosts—or so we’ve been told.

Most of us believe it, too. Fifty-five percent, according to Newsweek, absolutely refuse to even entertain the possibility that spirits walk among us, that they can contact us; that they can haunt us.

This includes most of the characters in my novel From the Grave (St. Martin’s Minotaur, July 2020).

The conceit of the book is that the spirit of a criminal McKenzie shot and killed when he was a police officer some 20 years earlier, now claims that he will reveal the exact location of a pile of missing loot to whoever kills McKenzie. He makes this promise through the voice of a young psychic medium during a group reading. To which McKenzie replies “Wait. What?”

McKenzie doesn’t believe in ghosts. Neither did I. Neither did my wife, the writer and theater critic, Renee Valois. Then one day Renee was getting a massage when a tray loaded with various metal tools levitated off of a shelf and flew across the room with a resounding crash.

As one might expect, Renee found the incident somewhat alarming. She asked the masseuse about it. The masseuse claimed that the parlor was haunted; that the one-hundred-year-old building had once housed a crematorium and the remaining spirits liked to mess with the customers and staff. Things like flying trays—and chairs—occurred all the time.

I tell you this story knowing that 55 percent of you will not believe a word of it.

I tell you this story knowing that 55 percent of you will not believe a word of it—there’s that number again. I admit I was also skeptical when I first heard the story. However, Renee, who never gave the paranormal a thought until this incident, became a student of the subject.

She read about hauntings and the people who were haunted; contacted various paranormal groups, took ghost tours, usually with me trailing behind. When we traveled, and we traveled a great deal prior to the coronavirus, we never stayed in a four-star hotel unless the hotel was at least a century old and reported to be haunted. Renee had even become acquainted with mediums and psychics; she took a class from one to determine if she had paranormal gifts as well. All in the hope that she would once again encounter an actual, honest-to-God ghost.

It was her research plus a great deal of my own that informs From the Grave.

Start with the obvious question—are there things that go bump in the night?

Forty-five percent of the population will answer with a resounding yes and then tell you their stories. That’s what separates those who believe from those who don’t, by the way. The stories.

The forty-five percent will say “This happened to me.”

The remaining fifty-five percent will say “This did not happen to me” or “This happened to me but I know there’s a logical explanation if only I could come up with one.”

The more cynical among them will also point out that the paranormal is a $2.2 billion industry. They’ll suggest that because money often changes hands, accounts of paranormal activity can’t be real. It’s just people trying to sell you stuff.

And there’s something to that.

As I write this, there are no less than 87 reality-based TV programs devoted to ghosts, mediums, psychics, and paranormal mayhem available on my Xfinity On Demand service alone. How much of what they depict is actually true? I couldn’t say but I find it disconcerting that so many of them seem to employ special effects guys.

Then there are the psychic and healing festivals held across the country and the vendors who’d be delighted to sell you anything and everything needed to contact spirits and enlist their aid—electronic gear including spirit boxes and EMF meters, jewelry, crystals, pendulums, spell candles, lavender and frankincense incense cones, astro dice sets, chrome altar bells, lunar calendars, tarot cards and books that teach you how to read them, Wiccan guidebooks, charcoal, small cast iron cauldrons, single spell kits with instructions, and all kinds of potions including love spells.

In Minneapolis there’s an area populated by a wide variety of shops that cater to customers with more than a casual interest in witchcraft, not to mention communication between the living and the dead called “The Witch District.”

I have encountered a woman who promised to help individuals seek guidance from their Light Entourage, which included their Higher Selves, Guides, Angels, and even at times their passed-on loved ones.

A psychic who went by one name (think Madonna) who offered to help me achieve a greater sense of inner freedom and self worthiness, peace and personal power through a combination of Energy Healing, Pranic Crystal Healing, Intuitive Scanning, Personalized Meditations, and Customized Affirmations as well as EFT tapping.

A man who was not only a Certified Master Hypnotherapist, Reiki Master, ThetaHealer, and Alternative Medicine Practitioner, he also claimed that he was an exceptional palm reader.

Still another woman who went only by her first name claimed that her integrated Palmistry/Tarot readings were the clearest way to give me both a broad and specific peek into my destiny.

And this doesn’t include the psychics and mediums who promised to open a direct line of communication to the afterlife and connect me with loved ones that have passed over.

But were they pretending for profit or could they actually do it?

A little online research will reveal plenty of stories about “psychics” who have been exposed as frauds.

On the other hand, through Renee, I was introduced to a medium who told us that the spirit of my dead father was hanging around the house, waiting for my 85-year-old mother to pass, so that they could both go into the light together, to which I replied “Wait. What?”

She also told me a few other things that are a little too personal to relate here.

Did I believe her?

Because of those personal things.

That doesn’t mean I believe everything, though.

If I may, I’d like to quote a passage from my book:

“I believe in the paranormal,” she said. “I believe that ghosts walk the earth. I believe there are psychic mediums that can communicate with them. I do not believe, however, that it’s anywhere near as common as it appears to be on TV and in the movies. There is no doubt, at least I have no doubt that a blessed few of them can and do communicate with the spirits of the dead every single day of their lives. But the rest? I don’t believe their gifts are as substantial. Some can do it most of the time, others can do it some of the time; still others can’t do it all. Except, they have a product to sell, don’t they?”

I deal with a lot of themes in From the Grave. At the heart, though, it’s about what we believe and why we believe it.

Are there such things as ghosts? 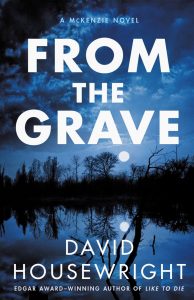 David Housewright is a past president of the Private Eye Writers of America. He earned an Edgar Award from the Mystery Writers of America and three Minnesota Book Awards. His 25th novel – “What Doesn’t Kill Us” – will be published by St. Martin’s Minotaur on May 25, 2021. 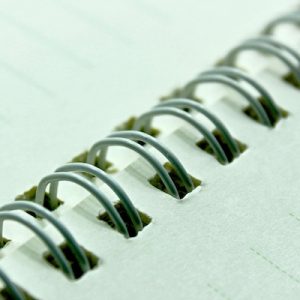 Say you want to write a novel. Excellent idea, have at it! Either outline before you start, start without an outline, then...
© LitHub
Back to top