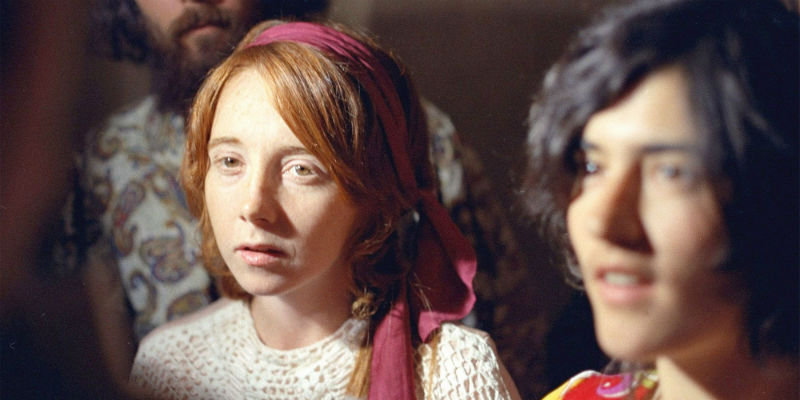 The Life of Lynette Fromme

On August 10, 1969, a horrible headline screamed from the front page of the Los Angeles Times: RITUALISTIC SLAYINGS: SHARON TATE, FOUR OTHERS MURDERED.

…In a white two-door sedan in the driveway was the body of the young man, slumped back in the driver’s seat, shot to death. On the lawn in front of the ranch-style home was the body of Frokowski. Twenty yards away, under a fir tree on the well-trimmed lawn, was the body of Miss Folger, clad in a nightgown. In the living room, dressed in underwear—bikini panties and a brassiere—was Miss Tate. A bloodied nylon cord was around her neck. It ran over a beam in the open-beam ceiling and was tied around the neck of Sebring, whose body lay nearby. Over Sebring’s head was a black hood. “It seemed ritualistic,” said one investigating officer. Said another: “It looked like a battlefield up there.”

Before anyone in the city could catch their breath, the next day’s headlines broke: 2 RITUAL SLAYINGS FOLLOW KILLING OF 5. The papers didn’t know it yet, but the two dead victims were Leno and Rosemary LaBianca. Before their names came out in the press, the details of their mutilated bodies did:

It wasn’t until almost four months later that the murderers were arrested, and when the world saw their faces—four lanky-haired hippie girls, two drugged-out looking men, and their leader, a tiny, wild-eyed man named Charles Manson who sort of looked like Jesus, if Jesus had stopped showering, done way too much LSD, and been hit by a truck several times—they were shocked. They were a group of losers, really, who buoyed themselves along with banal statements about love and one-ness and the looming apocalypse. But over the course of two bloody nights, this ramshackle group of nobodies had changed the course of history and put a permanent stain on the 1960s. They had done what Manson wanted them to do: they’d forced the world to pay attention.

The girls, of course, attracted the most attention. They were pretty teenagers. One of them had been a homecoming queen, for God’s sake. But while those girls were out murdering, there were other girls. Manson’s girls. The ones he didn’t chose for the killing, the ones who stayed home and helped him achieve his mad vision in … different ways. Some of them would eventually escape his grasp. But others would stay loyal forever, and though they didn’t get to kill for him that night, they’d always wish that they could have. This is the story of one of the other Manson girls, a girl who wasn’t there on the nights of August 8th and 9th, 1969, but who was faithful to the end anyway.

History would know Lynette Fromme by her infantilizing nickname: Squeaky. But she was born Lynette, born into a middle-class southern California household that looked like the American dream if you were standing on the sidewalk and watching from the outside. Her mom stayed home and kept dinner hot, her father was a successful aeronautical engineer who worked in the defense industry. Their little red-haired girl, Squeaky, loved to dance, and when she was about ten years old, she joined a touring dance group called the Westchester Lariats. They traveled all over the country, kicking up their heels at Walt Disney’s ranch, on TV, and even at the White House. Before she was a teenager, Squeaky had seen more of the country than most kids ever would. Plus, she was a studious, hardworking kid who took theater classes, wrote poems, and got good grades. From the outside, her life looked normal—even blessed.

But from the inside, the house was cold, and Squeaky was terribly lonely. Her father was an icy, distant man who was so obsessed with his work that he had no time for his little girl. She wrote, once, that he “bared his teeth to me when he tried to teach me algebra.” They didn’t agree on anything. They fought all the time. Squeaky’s biographer, Jess Bravin, speculates that her father may have sexually abused her, though this is something Squeaky always denied. All we can say for sure is that the absence of her father’s love created a void in Squeaky’s heart that would direct her actions for the rest of her life.

In high school, Squeaky began slipping. She was no longer the good theater kid who brought home A’s; she was taking LSD, fighting with her parents, and moving further away from the signifiers of the middle class. She did manage to graduate high school, and even started community college, but one horrible day, after an especially shattering argument with her father, he officially kicked her out—and just like that, Squeaky went from a girl with a home to a girl without one.

So 18-year-old Squeaky gathered up her books, her dictionary, and her eye makeup, and hitchhiked to Venice Beach, crying the entire way there. She’d chosen Venice because she remembered that beatniks lived there, but when she got out of the car and faced the ocean and the palm trees and the beatniks with their unfamiliar faces, she was terrified. So she sat on a bench, clutching her belongings, and waited for something to happen—for someone to save her.

It was then that she heard a voice. “What’s the problem?” And she looked up into the dirty face and bright smile of Charles Manson.

To learn more about Lynette after the Manson murders, listen to episode 32 of Criminal Broads. 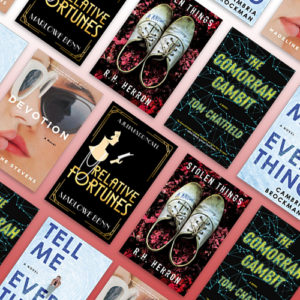