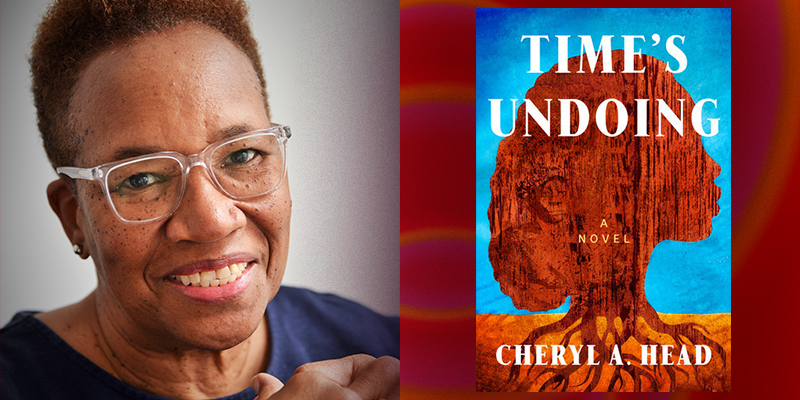 Read an interview with Cheryl Head and see a cover reveal of her new novel, Time's Undoing

Kellye Garrett interviews Cheryl Head about her new novel, Time’s Undoing, a searing and tender novel about a young Black journalist’s search for answers in the unsolved murder of her great-grandfather in segregated Birmingham, Alabama, decades ago—inspired by the author’s own family history. Time’s Undoing is both a passionate tale of one woman’s quest for the truth and, as newfound friends and supporters in Birmingham rally around Meghan’s search, the uplifting story of a community coming together to fight for change. Time’s Undoing is forthcoming on March 7, 2023.

Cheryl Head (she/her) writes the award-winning, Charlie Mack Motown Mysteries whose female PI protagonist is queer and black. Head is an Anthony Nominee, two-time Lambda Literary Award finalist, a three-time Next Generation Indie Book Award finalist, and winner of the Golden Crown Literary Society’s Ann Bannon Popular Choice award. In 2019, Head was named to the Hall of Fame of the New Orleans Saints and Sinners Literary Festival, and in 2022 was awarded the Alice B Reader Award. Cheryl is Vice Chair of the national Bouchercon Board of Directors. She lives in Washington, DC with her partner and Abby & Frisby who provide canine supervision.

Kellye Garrett is the author of Like A Sister, about a black woman in New York City looking into the mysterious overdose of her estranged reality star sister. The suspense novel was featured on the TODAY show and was a Book of the Month April 2022 selection. The cofounder of Crime Writers of Color also wrote the Detective by Day lightweight mysteries, which have won the Anthony, Agatha, Lefty and IPPY awards. Learn more at KellyeGarrett.com

Kellye Garrett: Cheryl! You know I’ve been excited about your new book from the nanosecond you told me you were working on it. Can you describe it in your own words? It’s based on your grandpa, right?

Chery Head: That’s right, Kellye. My Grandfather was shot and killed by police in Birmingham Alabama ninety-plus years ago. It’s a tragedy that’s hung over my family for decades, and because of the times (the Jim Crow era) my grandmother and her family were reluctant to call foul for fear of attracting the attention of the Klan. My grandfather’s homicide, and the aftermath, was always discussed in hushed tones and worried scowls, but with few details.

I’d thought of writing about my grandfather many, many times, but when George Floyd was killed the universe nudged me again. The novel is told from my grandfather’s perspective in 1929 the year he died, not yet twenty-nine, and from the perspective of a fictional great-granddaughter, a newspaper journalist in 2019, who sets off to Birmingham to solve the mystery surrounding her ancestor’s murder. 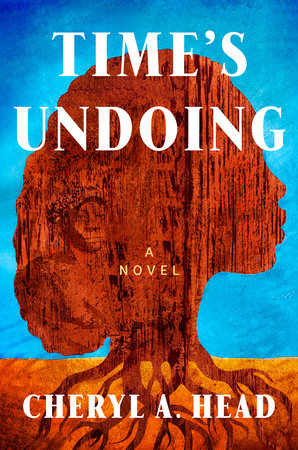 KG: It’s such a departure from your previous novels, which were all in the Charlie Mack PI series. What was the toughest thing about writing it?

CH: The toughest thing about writing Time’s Undoing was to let go of my apprehension about not having many facts; remembering that this book is a work of fiction; and taking the chances I took to make my grandfather a whole, complex, flawed character that I believe readers will care about.

KG: Did anything surprise you?

CH: Oh yes! During the course of my research for the book, for the first time in nine decades, I found my grandfather’s death certificate. My family had never had it before. My research also uncovered another record that proved my mother’s long-held recollections were true—a newspaper article that confirmed her father was shot by the police. There were more than a few times that I felt my grandfather was guiding me in this work.

KG: Like your main character Meghan, you’re from Detroit, are a former journalist and—as we discussed—this is based on your own grandfather. Did you base her on you? How is she the same or different?

CH: Meghan and I share some qualities. I think we’re both tenacious and self-directed. Meghan rises to a challenge. I do too. It’s funny you ask this question, Kellye, because as I was writing the book I often felt I was in parallel action with Meghan who was doing the same kind of research I was, as she was carrying out her investigation. It was kind of surreal, and wonderful.

KG: I’m sure that helped inform another aspect of the book–the dual timelines. How was it writing about 1929? What was the research process like? I’m curious how your journalism background helped with that.

CH: I loved writing the 1929 chapters of the book. Those chapters rolled out so organically. Imagining myself in a segregated black community. Thinking about the relationships, and daily life, and the tactics it took to survive under the draconian laws and rules of Jim Crow. And also thinking of Black joy and Black love. That’s in the book, too. I was all over Ancestry.com and Newspapers.com. I had written another historical fiction novel and I knew there were rich archives of Black newspapers dating back to after the civil war. I spent dozens of hours looking through digital newspapers of the 1920s and 1930s. I know some about the work of news organizations because I was a radio and TV news reporter in Detroit for a while, so I also brought those experiences to the novel’s contemporary storyline.

KG: I’m going to have to bug you about your ancestry.com results, but let’s talk about the gorgeous cover. I particularly love the subtle image of the grandfather in her hair. What was the process like for you? Like, for instance, I gave my publisher an eight page single spaced Word doc with images. Please tell me you did the same!

CH: Ain’t she pretty!!! Eight pages! I only gave my publisher four pages of images. Ha Ha. I knew I wanted to have a black woman on the cover, and there were several concepts the brilliant designers came up with. I worked with both my editor, Lindsey Rose, at Dutton and my agent, Lori Galvin to vet the ideas. In the end I said I wanted a cover that invoked both protagonists in the novel–my grandfather and his great-granddaughter. But the abstract image was the designer’s idea and I think it does an amazing job of suggesting the ancestral connections and other elements in the novel.

KG: Only four? Hmmph. Let’s talk about your journey a bit. Although this is a standalone you’ve written six books in the Charlie Mack series. You initially self published the first book in that series. Like you, Charlie is both queer and Black, which is something we hardly ever see in crime fiction.

CH: Yes, that’s right. And unlike a few other crime fiction books featuring Black, lesbian sleuths, Charlie is a professional private investigator–not an amateur, or employed by law enforcement. That’s a distinction I like to make, because that makes the series, with this protagonist, a first. I enjoy writing the series, and because I’m an #ownvoices author, I’m able to riff on a whole bunch of race, queer and social justice issues based on my lived experiences. I have three or more books in that series I want to write because crime fiction is such an accessible way to talk about the foibles of people and institutions.

KG: Three or more? I only was able to write two books in my series and was using the same lines so I’m in awe of folks with long series. I love Charlie just as much as I love your writing. I’m glad you’ll be still writing them along with the standalones. Speaking of, you had such a different experience with the new book, which you sold at auction over a few days to Dutton.

CH: Oh, I’m glad you love Charlie, and my writing. It’s a great compliment. I took Charlie from a single book to a series because the publisher of Bywater Books asked if I could do so. I was just content to write my first mystery because I love the genre so much. That first book was a Lambda Literary Award finalist. The sixth book in the series just received an Anthony Award nomination. I feel blessed. As for the book auction? I have to admit it was a heady couple of weeks. I needed a lot of hand holding from my agent and friends, like you, to keep me grounded and sensible. But I’m loving the journey because I’m so interested in the backend of things—how publishing works–that I’m like an eight-year-old in a kitchen–learning new recipes, mixing things I know with what I didn’t know, using every dish in the cupboard, and turning on the stove without permission. Ha! 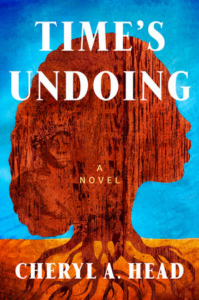 Kellye Garrett’s first novel, Hollywood Homicide, about a semi-famous, mega-broke black actress won the Agatha, Anthony, Lefty and Independent Publisher "IPPY" awards for best first novel. It's also one of BookBub's Top 100 Crime Novels of All Time. The second, Hollywood Ending, was called the most fun mystery of 2018 by CrimeReads and was nominated for a Lefty Award for Best Humorous Novel. Prior to writing books, Kellye spent eight years working in Hollywood, including a stint writing for Cold Case. She now works for a leading media company and serves on the Board of Directors for Sisters in Crime. You can learn more at KellyeGarrett.com. 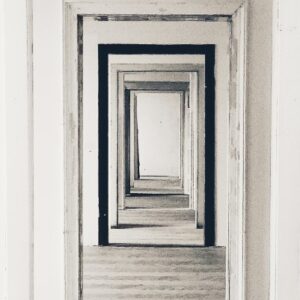 The Spanish Flu epidemic of 1918 is thought to have killed over 50 million people worldwide. Yet, while the First World War provides...
© LitHub
Back to top