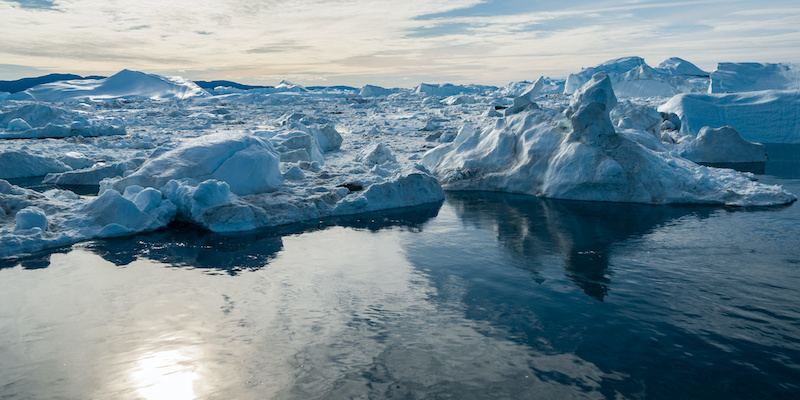 I’ve been frustrated for a long time. For ten years I was an editor at Scientific American, where I wrote articles and editorials about climate change, urging the government to crack down on planet-warming pollution. For the most part, the reaction was paralysis. Just a few weeks ago, the Supreme Court stripped away the U.S. government’s most powerful tool for reducing greenhouse-gas emissions, and now the threat of a hotter, stormier, increasingly uninhabitable Earth seems almost inevitable.

So, in desperation, I decided to try something new. I wrote The Doomsday Show, a novel that dramatizes the most ruthless and effective way to curb global warming: assassinating the fossil-fuel tycoons who refuse to transition to renewable energy. It’s a crime thriller, but it’s also a dark satire, and for inspiration I relied on a few groundbreaking thrillers that portrayed equally desperate attempts to save the natural world.

The much-revered classic of this genre is Edward Abbey’s The Monkey Wrench Gang, published in 1975. It tells the story of four nature-loving misfits who go on an eco-sabotage spree across the American Southwest, blowing up railways and obliterating logging camps and pushing bulldozers into desert canyons. The novel’s most memorable character is George Hayduke, the Vietnam vet who becomes a giddy anarchist. He detests timber and power companies, yet he won’t stop throwing beer cans to the roadside while driving his jeep. His three companions—a little saner, but just as committed to the cause—show the breadth of the movement’s appeal: the wise surgeon Doc Sarvis, the East Coast feminist Bonnie Abbzug, and Seldom Seen Smith, a Mormon riverboat guide. In one of the novel’s best passages, Seldom Seen pleads with God to destroy the Glen Canyon Dam, which eliminated an entire desert ecosystem when it flooded the canyon behind it and created the Lake Powell reservoir in the 1960s.

The Monkey Wrench Gang is definitely a thriller, full of narrow escapes and clever stratagems, but its action-packed plot delivers a fervent anti-development message. In the years after its publication, the novel became a favorite of the environmentalists who founded hard-core advocacy groups such as Earth First! and chained themselves to trees and bulldozers to stop logging operations. In fact, one of their most famous protests involved unfurling a huge black streamer down the side of Glen Canyon Dam, making it look as if God had answered Seldom Seen’s prayer and cracked the massive structure.

Abbey, who also wrote the magnificent nonfiction book Desert Solitaire, became one of the premier literary defenders of the Southwest, and for the past 35 years Carl Hiaasen has played a similar role for the Everglades and the other natural wonders of South Florida. A longtime reporter and columnist for The Miami Herald, Hiaasen began writing crime novels in the 1980s. His first solo novel, Tourist Season, envisioned a terrorist group called Las Noches de Diciembre (“The Nights of December”) that tries to halt the despoliation of Florida by targeting the promoters of tourism to the state. Their leader is a rogue newspaperman named Skip Wiley and their first victim is the chief of Miami’s Chamber of Commerce; his body is found stuffed into a suitcase, with a rubber alligator toy shoved down his throat.

Soon, the terrorists ratchet up their deadly campaign by snatching random tourists from Florida resort towns and feeding them to an immense crocodile named Pavlov. The novel’s hero, private investigator and former journalist Brian Keyes, is appalled by the murders, but at the same time he’s enough of an environmentalist to understand the terrorists’ motives. Rampant tourism and overdevelopment are forms of violence too, victimizing native species and the exploited people who gain nothing from the profiteering.

What distinguishes Abbey and Hiaasen from other environmental writers is their rollicking, madcap style. The Monkey Wrench Gang and Tourist Season are funny novels. George Hayduke and Skip Wiley are hilarious antiheroes, sometime verging on the lunatic. And very often the best way to convey a serious message is with a healthy dose of humor. An entertaining environmental novel with riotous characters can do more to raise awareness and foster activism than a gloomy dystopian book that only makes readers feel hopeless.

I adopted the same strategy for my new novel, The Doomsday Show. The book’s hero, Max Mirsky, is a frustrated science journalist who concludes that nobody is paying attention to his warnings about climate change. Desperate for another way to sound the alarm, he forms an activist street-theater group called the Doomsday Company, which performs musical comedy sketches mocking the worst climate criminals, whom Max has identified through his investigative journalism. But shortly after one of these performances—the lambasting of a coal-company CEO in front of his corporate headquarters—the tycoon is found murdered. Then an assassin slaughters an oil-company mogul on Max’s climate-criminals list, and a group of eco-terrorists claims responsibility for the killings.

Max is astonished and horrified that the terrorists are using his list to select their victims. His horror grows when the radical group kidnaps his teenage daughter Sonya — a well-known activist in her own right, an American version of Greta Thunberg — in an attempt to coerce her into supporting their extremist tactics. The FBI is suspicious of Max, assuming he must be in league with the terrorists, and the agency focuses on protecting the remaining plutocrats on Max’s list, which includes the reactionary Republican politicians who have squashed every effort to slow down global warming. But the assassin hired by the terrorists is very proficient, and it’s up to Max and his fellow actors in the Doomsday Company to stop the murders before they irredeemably damage the climate-change movement.

Many of the characters in The Doomsday Show are recognizable figures, especially the arrogant, clownish, cruel politicians who are working hand-in-hand with the billionaire tycoons to distract and fool the public. I don’t feel bad about ridiculing these figures. Unlike the extremists in my novel, I don’t advocate murdering the fossil-fuel kingpins, but I believe we have every right to boycott, criticize, and shun these selfish violators of our beautiful planet. We need to defeat them using nonviolent means before climate change ravages the biosphere and decimates the poor and vulnerable. If we don’t stop them now, then terrorists like the ones in The Doomsday Show will surely appear in the real world and take matters into their own hands. 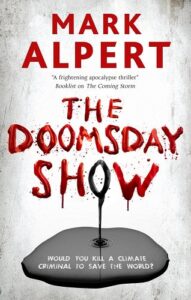 Mark Alpert is a former editor at Scientific American and the internationally bestselling author of eleven thrillers. His first novel, Final Theory, was published in 23 languages, optioned for film, and condensed for Reader’s Digest. In 2021 he won the Best Novel award from the William Faulkner Literary Competition. His latest novel, The Doomsday Show, is now available.
http://www.markalpert.com 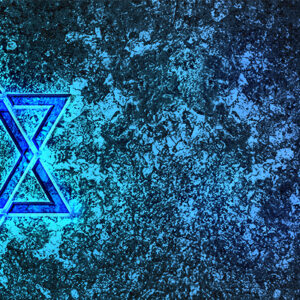 On December 10 2019, two shooters opened fire at a kosher supermarket in Jersey City, New Jersey, in a targeted antisemitic...
© LitHub
Back to top